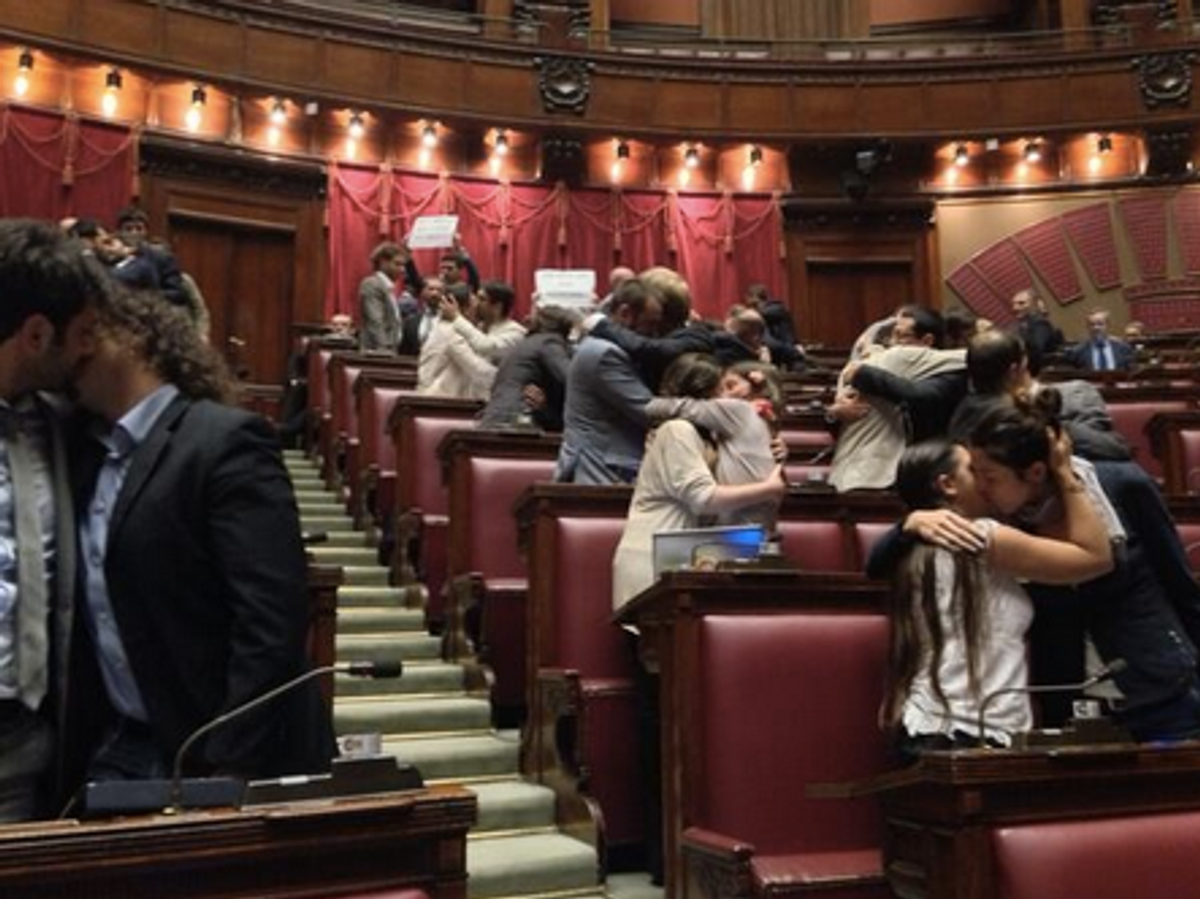 Dozens of Italian lawmakers this week staged a massive "kiss-in" in support of a measure to prevent anti-LGBTQ discrimination, and called for even stronger laws to protect LGBTQ rights. (Why don't cool things like this happen in the United States Congress?)

The measure passed the lower house, but is expected to fail in the Senate, according to the Local:

The bill was passed on Thursday by the lower house and aims to see a 1993 anti-discrimination law extended to crimes motivated by homophobia or transphobia. A total of 354 politicians voted in favour of the bill and 79 against, La Repubblica reported.

The parliamentary debate was interrupted when dozens of M5S politicians stood in unison and began kissing and hugging each other. Fellow politicians from Beppe Grillo’s party held signs that called for “more rights” for gay people.

While the bill has now been passed by the lower house, Silvio Berlusconi’s People of Freedom (PdL) party said it would fall in the Senate vote, La Repubblica reported.

MP Federica Daga tweeted a photo of the protest and said, “Equal rights and dignity without gender. Because a kiss and a hug are not scary."

You can watch it happen here: