Russian coast guard drags Greenpeace out of the Arctic 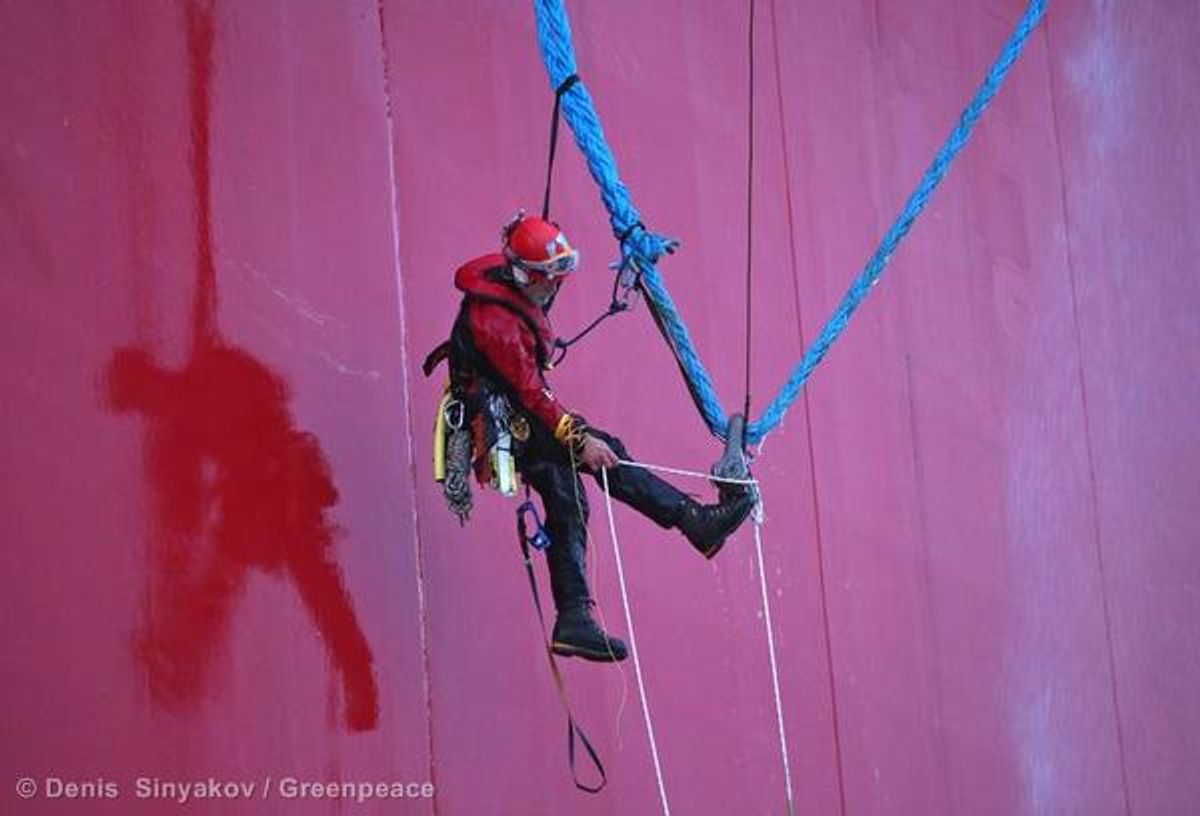 Fed up with Greenpeace International's protests of drilling activities in the Arctic, the Russian coast guard is towing the activists' ship out of the Arctic and to the nearest port.

The drama began Wednesday, when two activists were arrested after attempting to scale a Russian oil rig.

MAP: This is where we're taking action to stop risky oil drilling in the Russian Arctic #SavetheArctic pic.twitter.com/CZkCJg2LgJ

Yesterday, the Coast Guard boarded the ship, accusing the activists of "aggressive and provocative behavior." According to Greenpeace, there were about 15 armed men, who herded 29 activists into one compartment of the ship:

Latest from the deck: Crew are sitting on their knees on the helipad with guns pointed at them. #Savethearctic — Arctic Sunrise (@gp_sunrise) September 19, 2013

This is pretty terrifying. Loud banging. Screaming in Russian. They're still trying to kick in the door. #savethearctic

The charges could be serious, the AP reports:

The Coast Guard is part of the Federal Security Service (FSB), the main successor agency to the Soviet-era KGB.

Liliya Moroz, a representative of the FSB in Murmansk region, told Ekho Moskvy radio on Friday that the charges against the activists may include terrorism.

Under Russian law, terrorism is any action aimed at "violating general safety, frightening the public or influencing government action" that damages property or threatens the lives of others in the process. It carries a sentence of up to 10 years in prison if the person was unarmed.

The trip back to land will take three to four days.