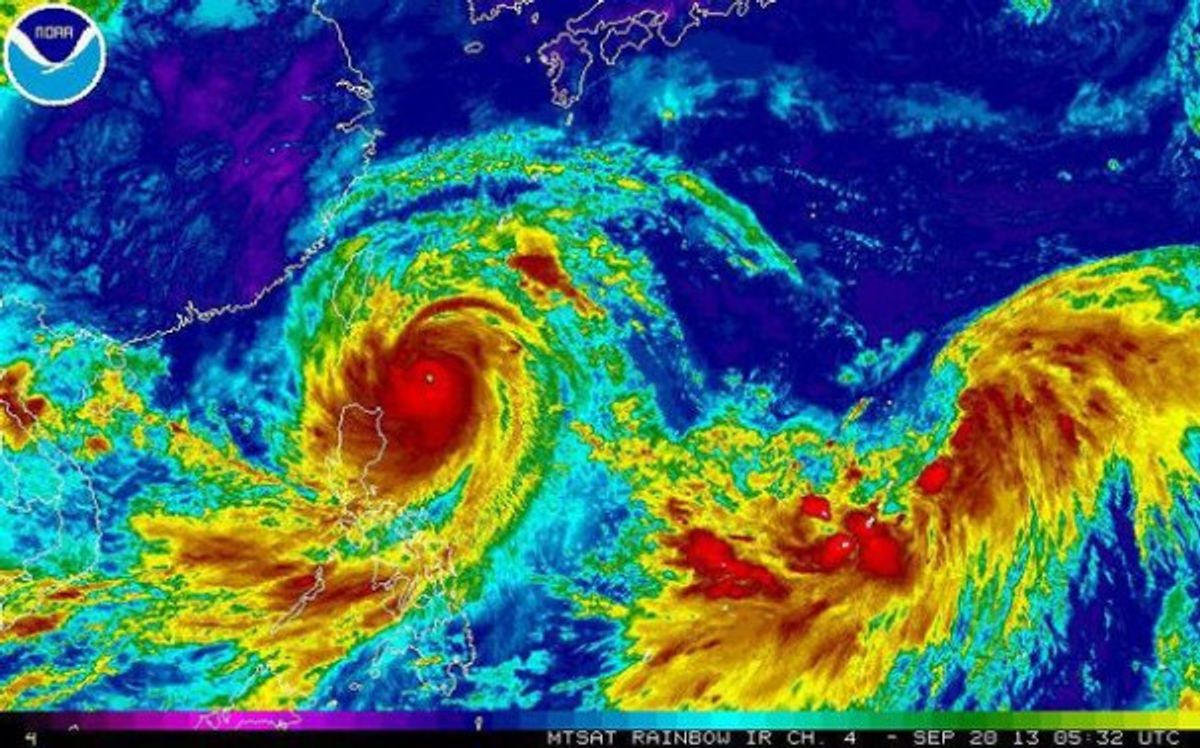 The most powerful typhoon of the year is picking up force in the Western Pacific, with wind speeds reaching 184 mph on Friday. The 620 mile storm system, called Super Typhoon Usagi, is the equivalent of a Category 5 hurricane.

The northern Philippines and southern Taiwan are already experiencing torrential rainpour and those crazy strong winds, according to CNN, but won't be hit directly by Usagi. After that, it'll go from being a super typhoon to just a severe typhoon, with maximum sustained winds of 92 mph, in time to make landfall along the Guangdong-Hong Kong coastline around Sunday.

Chinese authorities, in an attempt to get ahead of the storm, have already issued a disaster relief alert.