"Blue Is the Warmest Color" author: "I'm a feminist but it doesn't make me an activist"

Julie Maroh, who wrote the graphic novel "Blue Is the Warmest Color," on the now-famous sex scene and her politics 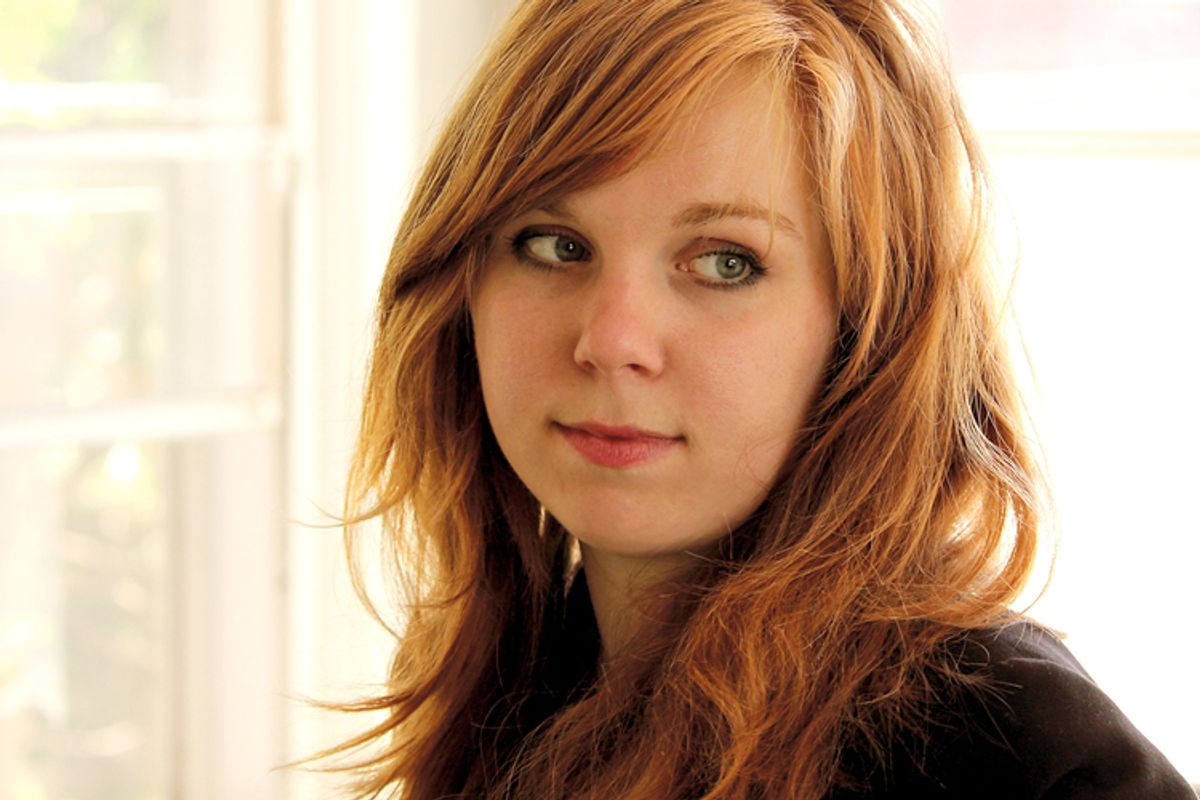 The film version of "Blue Is the Warmest Color" has become the hot indie pick of the fall, winning the coveted Palme d’Or award at the Cannes Film Festival and causing controversy and debate about its extended lesbian sex scene, an experience the actresses have gruelingly detailed. But before the film, there was the tragic yet beautifully wrought graphic novel by Julie Maroh on which it was based, about a teenager named Clementine who falls for blue-haired Emma, who upends her world and sense of herself. First published in 2010 in French by Glénat, "Blue" was released this month in English from Arsenal Pulp Press. Maroh, who was not involved with the film, blogged scathingly about it (“It appears to me that this was what was missing from the set: lesbians”), though clearly its success has brought her work to a wider audience beyond her native France. Via email, the author, who’s busy promoting her latest French graphic novel "Skandalon" -- about, in her words, a rock star’s “highway to hell” -- told Salon about her artistic process, the role of sexuality in the book, and her message for queer youth.

You worked on "Blue Is the Warmest Color" for five years. Can you share more about the process of creating the book? Did it differ from the way you usually go about writing and illustrating a story?

It wasn't a full-time job during those five years. I was in a comics class in Brussels then, and my studies were taking a lot of my time. Therefore, I started to write "Blue" when I was 19, but I couldn't devote all my time to it until I was 22. That's the age I was when I found a publisher, quit art school and spent the next two years working on the book (and being paid for that, amazing!).

Those first three years I spent time writing the script, putting into words all the images, dialogues, shots that came to my mind. Sometimes I couldn't write a word for months; the inspiration abandoned me. I couldn't find a way to move from an important scene to another so I used those moments to sketch pages based on what I had written so far. This is usually the order in which I work: writing a script, sketching little pages, drawing bigger, cleaned pages based on the sketches, coloring, lettering.

One of the major differences between Clementine and Emma, especially as they get older, is their approach to accepting their sexuality. Clementine writes in her diary, “for Emma, her sexuality is something that draws her to others, a social and political thing. For me, it’s the most intimate thing there is.” Do you think these two viewpoints are always at odds with each other?

I wouldn't say this is an issue about "accepting" their sexuality. They both accept it. They only have a different approach, because they've been through totally different things. With these characters, I'm not saying things are black or white for all that, nor are they at odds with each other. My point was more like: As social entities we have several options to live our sexualities and its potential meaning — at least in the West — and it's always been debated a lot in the LGBTQI circles, movements, drunk dinner parties, etc. It's something you can't avoid to question yourself about, when you're gay, queer, different. For me, alluding to these issues in the book was also a way to show our reality to heterosexual readers. Because one of the privileges of being straight today is not have to ask yourself, "Hey, straight people are being harassed, tortured and murdered around the world, how am I gonna live my life as a straight person? What should I do about it?"

This scene in four pages is not just Clementine and Emma's first time. It's also the first time that Clementine is making love with someone. So it's very charged, emotionally speaking, for both of them. For months they've been holding their feelings back, and with this moment coming the tension between them is torn up, appeased; they eventually join together.

In your statement about the film you also said that you’re a feminist. Do you consider "Blue" a feminist and/or political book?

I've never really assigned adjectives to the book. Yes, I'm a feminist but it doesn't make me an activist. Everyone who considers that women are (or shall) be men's equals is a feminist. Since you talk about my statement, I also said there that "I had no militantly activist intent. Nevertheless, quickly after the publication of 'Blue' in 2010, I became aware of the fact that talking about a minority, whatever it is, contributes to supporting its cause (or the contrary), and it totally exceeds us.” Consequently, indeed it became a political book.

"Blue" is in the title, as well as the color of Emma’s hair and the predominant color in the book. What does it represent within the story?

There are several transitions between the colored and the black-and-white sequences because the present is in color and the past in black-and-white, with a few touches of blue. We follow the events of the past through Clementine's diary, but our memory never fully remembers everything. We always remember specific details … a light, a smell, a gesture, an object. Among the black-and-white imperfect memories of Clementine, the touches of blue are there to evoke the strong details that left their mark on her.

You’ve said, “The best thing this book could do is help queer youth, somewhere, somehow.” Was that something you were consciously addressing during the process of creating the book? What kinds of responses have you gotten from queer youth?

What interested me was the banalization of homosexuality, and I first addressed the book to those who would judge and reject people for their sexuality. That was an abstract thought, though. Since I'm a storyteller, I usually don't think about the reader. And actually, I believe it's dangerous for a story when you start asking yourself, "Who will read it? What will they think about it?" while you're writing and/or drawing it. And the awareness I've got today is clearly not the same I had when I started the book at 19, or when I started the final pages at 23.

So, I would say I was totally far away from that idea at the beginning. I came to realize the social potential of it when the book was sketched and read by people around me who were moved and excited to see it soon published. And then, when the book came out, being read and shared, I had to face the fact that, yes, it might really move people. Since it's out, I’ve received one or two mails or testimonies per week, on average. Queer youth indeed, but most of the time, just ... people! People of all ages, nationalities, ways of life. It's the same when I've been touring and signing. The readers of this book are truly mixed.

I've never received insulting messages about this book. So far! Of course it has its protesters. They're not the people who write me or come to meet me, though. What I receive is mostly thanks and life stories.

We learn at the outset that Clementine has died, and the story unfolds via her diaries. Do you consider "Blue" a tragic love story?

I usually answer that [by] saying that life isn't a Walt Disney movie! So, yeah, life is tragic, love hurts. Who hasn't noticed yet? But, hey, it doesn't mean life and love aren't worth taking the plunge. Once again, I've never really put adjectives on the book. I only tried to make it realistic.

What advice would you give to someone just starting out as a graphic artist?

Maybe the common Disney ideas, after all! Such as: be yourself, don't give up, everyone has something to teach you so welcome it. Don't limit yourself to the first idea you've got, dig deeper. Remain sincere. Sincerity hasn't always brought me gifts in life, but at least I can look at myself in the mirror.