The debate over rubbers has heated up again with new HIV cases. Let's return to the question that matters most 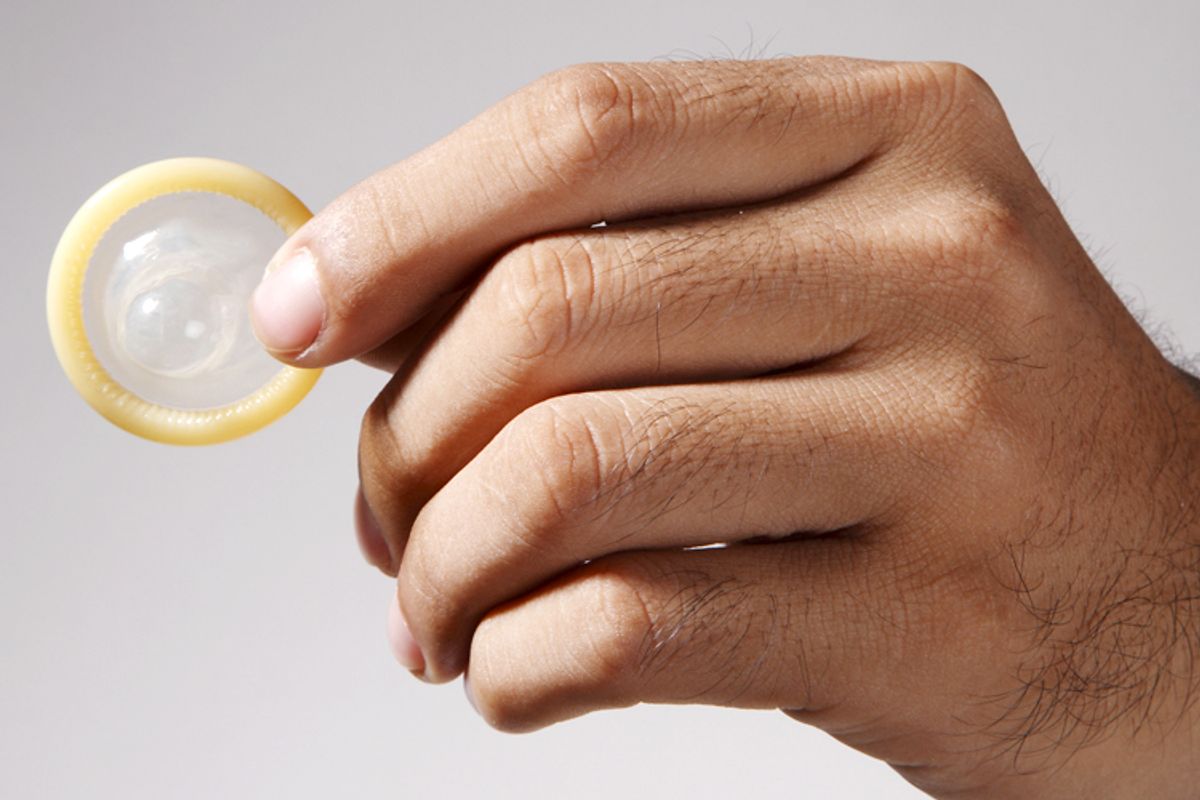 But there is no proof that the transmission happened on-set -- during that shoot or otherwise. "I think it is misleading to focus on the penis cut because there is no indication that transmission occurred on set," Acworth told me in an email. "All performers who interacted sexually with Cameron Bay (including the performer with a cut) tested negative several times after the shoot and have been cleared of transmission."

Ged Kenslea, director of communications for AHF, acknowledges that to the best of his knowledge the performer "[with the penis cut] has tested negative." However he says the question of whether the penis cut had anything to do with Bay contracting HIV is "immaterial at this point," he said. "Because in essence, high risk activity is taking place on these sets."

AHF President Michael Weinstein told the Los Angeles Times that regardless of whether Bay was infected on-set "she performed with HIV between her tests." Acworth says it isn't clear whether that is true: "She was cleared for work via a clear test four days before her last shoot with us July 31st. It is possible she was already infected, yes. She then did not perform again until she tested positive and was thus barred from performing."

The they said/we said nature of this debate may be part of why it's seemingly gone nowhere over the last several years: There is deep mistrust and suspicion on both sides. Condoms campaigners suspect financial motives on the part of pornographers. Meanwhile, many pornographers suspect that politics and an anti-porn bias are masquerading as genuine concern for performers. Beyond positions of pro- or anti-porn, beyond the rhetoric and political calculation, though, there is one essential question: Is enough being done to protect performers?

Ged Kenslea of AHF says, "Testing is not prevention. It tells you whether you have something or not. It would be similar to relying on a pregnancy test to prevent pregnancy."

Acworth says that "no system is ever going to be perfect," but that he believes in Kink's current policy, which mandates testing for male-female shoots and "a double-blind condom policy whereby models are asked in private whether they want condoms to avoid being pressured by the director not to use them." When it comes to mandatory condom usage, he says, "I support whatever the majority of models want." In 2004, Kink surveyed its models and the majority preferred a condom-optional policy. (That owes in part to mistrust of relying on condoms without testing -- many believe that for employment discrimination reasons it has to be either-or -- and the painful "condom rash" that can occur from the kind of dramatically prolonged sex that happens in porn.)

FSC has decided to revise its guidelines to mandate test results every 14 days instead of 28. The HIV RNA test has an 8-day window in which a person can be infected with HIV and contagious but not test positive, compared to the previous 14-day window with the PCR-DNA test. That means -- according my calculations, which factor in a test-processing window of four days, according to Acworth's estimation -- there will be a maximum 26-day window in which performers cannot be sure of their HIV status.