Eric Schlosser: What the government doesn't want you to know about nukes

The author on the disturbing similarities between nuclear near-misses, fast food and pot 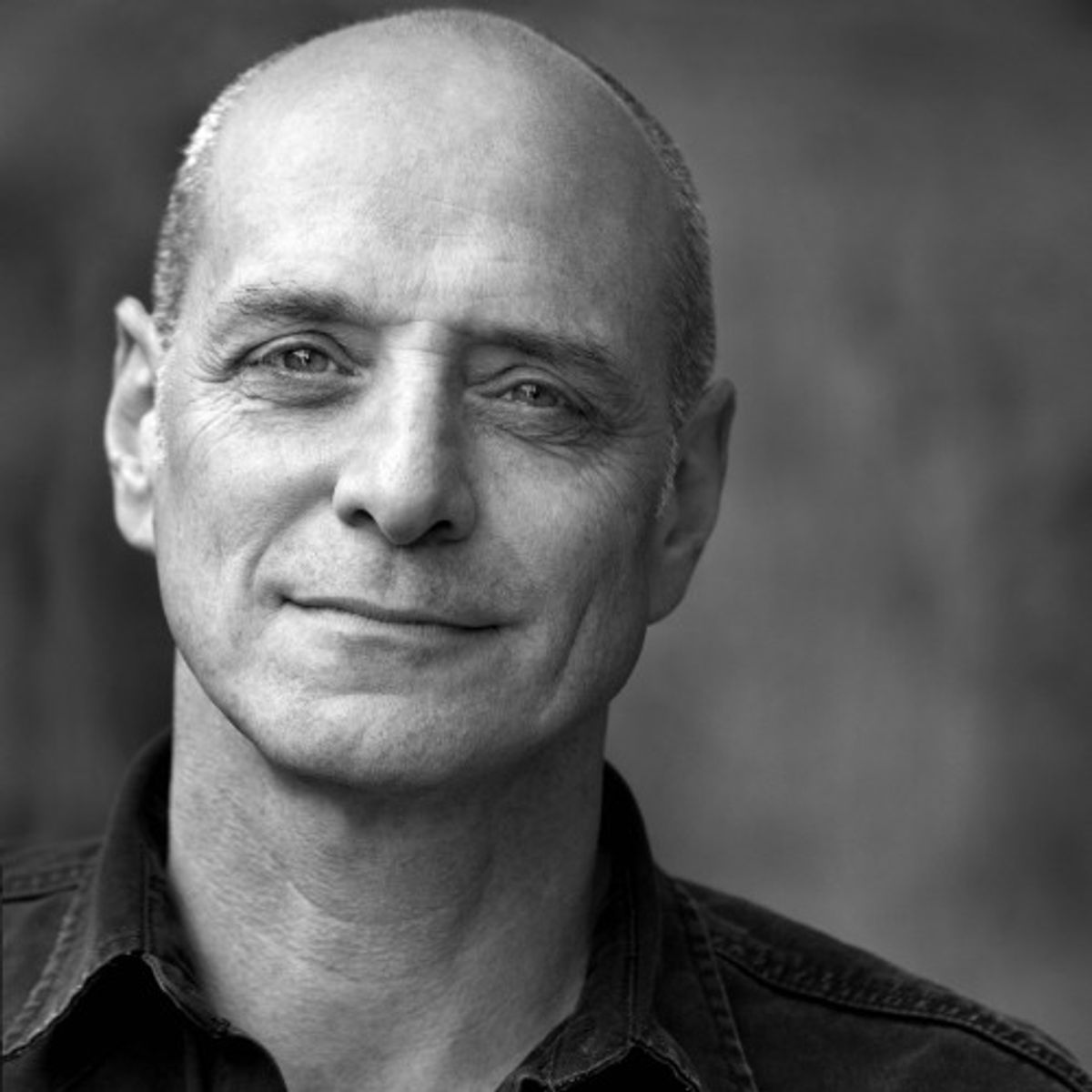 "I’m trying to share important information that powerful bureaucratic systems don’t want the public to know," says journalist Eric Schlosser. The author of "Fast Food Nation" and "Reefer Madness," Schlosser is known for starting important conversations about things we didn't even realize we should be talking about.

"Command and Control," his newest exposé, turns the gaze to America's arsenal of nuclear weapons -- and blows the lid off the many, many times when we came this close to accidental catastrophe. That we didn't, Schlosser writes, has less to do with sound technology and safety measures than plain dumb luck. And that we still don't know how lucky we were --and continue to be -- can be attributed to deliberate government obfuscation.

Schlosser spoke with Salon about the continued threat of nuclear weapons, the fast food movement's progress and the challenges of battling bureaucracy. The interview has been lightly edited for space and clarity.

I was wondering if you could start by just giving us a brief overview of the Damascus incident. I know it’s a very complicated story.

Well, yeah. But it’s the reason that I wrote the book. Someone in the Air Force told me the story many years ago, and I just couldn’t get it out of my head.

On top of that missile was the most powerful nuclear warhead that had ever been deployed by the United States on a missile.

I spent time with missile technicians who had done similar sorts of maintenance. And you could drop that socket 1,000 times down that silo trying to hit the missile and never hit it. So this trivial freak accident set into motion events that possibly, conceivably, could have destroyed the state of Arkansas, while Bill Clinton was governor with his wife and his little baby, Chelsea, there. And history could have taken quite a different turn.

Exactly how close did we come to that happening?

It’s impossible to know. The safety mechanisms on the warhead worked. But you wouldn’t want to do that again. And it was improbable that the warhead would detonate, but it wasn’t impossible. It was even more improbable that a socket off a wrench would destroy an intercontinental ballistic missile. And again and again through the book I look at seemingly minor trivial events that set off major accidents.

In one story, I look at a crew member who is about to go on a long flight and brings some rubber cushions onto the plane. He puts the seat cushions underneath the seat and doesn’t realize they’re next to a heating vent. The rubber seat cushions caught on fire. You’d never think that three foam rubber seat cushions could bring down a bomber with hydrogen bombs on it, and almost destroy one of our most important military bases.

Why haven’t we heard more about these near-misses?

Because the government has tried very hard for us to not hear about them. At the time when these accidents occurred they provided as little information as possible. A lot of it was misinformation or disinformation. They denied categorically that there would be any chance of any of our nuclear weapons detonating by accident. And that just wasn’t true.

One of the reasons the book got bigger and bigger is I started out to just tell minute by minute the story of this one nuclear weapon accident -- sort of like a technical accident, and nothing worse. But then the book just got bigger when I came upon the story of Bob Peurifoy, an engineer at one of the weapons labs, his realization that our weapons couldn’t be found to be safe and his crusade to put safety mechanisms on nuclear weapons. You’d think that would be a no-brainer, and yet it took years to persuade the bureaucracy to put safety devices – modern safety devices – on our nuclear weapons. This book was about a lot of accidents, but it was no accident that we didn’t learn the real risk of some of these weapons.

It seems we were wrong to have lost our Cold War mentality of impending nuclear catastrophe. Is there still a big risk of these accidents happening now?

I think that the risk has been reduced since the introduction of these new safety devices on our warheads, for which Bob Peurifoy deserves enormous credit, but the risk never went away. And now there are all kinds of new risks as other countries obtain nuclear weapons.

Unfortunately, the sort of amnesia that has developed about weapons in this country has led to a kind of complacency. I’ve got a piece in Politico this week that just sort of outlines some of the sloppiness that the Air Force has shown in managing our nuclear weapons today. So, the bottom line is that as long as there are nuclear weapons, there will be a risk, however small, that one of them is going to go off by mistake. And that’s why we need to pay attention to this issue.

Do you think that disarmament on a meaningful scale is even possible? What would have to happen for us to really start taking that seriously?

The good news is, we already had disarmament on a meaningful scale. If you look at the number of weapons that the United States and the Soviet Union had at the height of the Cold War, we had about 32,000, they had maybe 35,000, and those arsenals have been hugely, hugely reduced. So right now each side has about 2,000 operational warheads and bombs, and somewhat more than that in reserves. But to go from a combined total of almost 70,000 down to 4,000 is meaningful arms control. I think we just need to go even further and we need to prevent and ensure that other countries don’t get nuclear weapons. My research for the book has persuaded me that we’re just not up to controlling this technology. And the fewer nuclear weapons there are in the world the less likely there is to be a disaster, either inadvertently or deliberately.

You argue that too much secrecy can threaten national security, because the public can’t hold their regulators accountable.

Could you also argue that it would put us at risk to have more of this information be open record?

But most of the classified information in the United States today doesn’t need to be classified. When I was trying to get documents with the Freedom of Information Act, when I’d try and figure out what had been blacked out, overwhelmingly the information had been censored to protect bureaucracy from embarrassment and not to protect national security. It was incredibly difficult to get information on nuclear weapons that haven’t been in the arsenal for 50 or 60 years. To get information about accidents that occurred 50 or 60 years ago. There’s no justifiable reason for that information to be kept secret.

If we’re going to have meaningful debate or discussion about nuclear weapons in the United States, which we need to have, it needs to be based on the facts. It needs to be based on adequate access to information. And in the absence of that, there’s just a small group of policymakers able to make fundamental decisions in secret. And that’s not how a democracy is supposed to work.

Do you see this topic resonating a lot with what you’ve written in the past, about fast food and about marijuana laws? They seem to be other instances where the public isn’t be told enough.

I think it does. I think if there’s a common thread in these books it’s that I’m trying to share important information that powerful bureaucratic systems don’t want the public to know. In the case of marijuana, for example, the difference between the actual characteristics of marijuana and the way the government has depicted marijuana, going back a century, is huge. In the case of fast food, these companies really have not wanted people to know what is in the food, how it is made. What it does to the people who eat it. What it does to the people who work in those restaurants. In this case, it’s national security bureaucracies that retain power by obtaining control of information. I feel like it sounds a little corny, but this is what investigative journalists are supposed to do.

It’s been over 10 years since "Fast Food Nation" came out. How do you see its legacy? Is the conversation at all changing?

You know, I’m really gratified by the book’s legacy. It was my first book; I had no idea anyone would read it. The big New York publishers just had no interest in publishing it. And I feel like it played some role in helping to create an advance of the food movement in the United States. And that’s all good.

It’s taken a long time, however, for problems that I care most about to reach the mainstream. In particular, the heart of that book is the exploitation of poor immigrant workers by the fast food companies, and by the meat packing companies. That has not been the focus of the food movement in the United States for the most part, for the last 10 years, and that's been disappointing. But the strikes that we’ve seen recently among fast food workers is just – they’re terrific. There’s a farm worker movement in Florida called the Coalition of Immokalee Workers organizing a lot of these poor farmworkers and recent immigrants. And finally there seems to be real progress on some of the issues that are at the core of "Fast Food Nation."

It’s been a very slow process …

It’s been a slow process, but again more than 10 years after the book was published it’s amazing to me that it still seems relevant, and timely. I didn’t expect that.

I read it more recently, and I didn’t realize it was that old until I went back and looked at the publishing date.

Well, that’s great. That’s so nice to hear. A lot of what I wrote about, which seemed so unbelievable at the time, has now entered the mainstream. And that’s ultimately how change happens. I’m not taking sole credit for it, I’m just saying it’s been really gratifying to see the kind of interest in obesity in school lunches, and food safety. And some of those things I feel like weren’t being discussed 10, 15 years ago.

That it still feels relevant could also be considered a bad thing, though, because it would mean significant steps haven't been taken in changing how the fast food industry does business.

All of my books have been about important social problems. And nothing would make me happier than seeing these books become out-of-date -- and those problems solved.

You know, thinking about nuclear weapons and spending six years researching it, it didn’t make me despondent. It didn’t make me feel that all is lost and there’s no point. On the contrary. You know I really wrote the book because I think the threat is real and it can be greatly reduced. And the first step in reducing it, is for people to be aware of it.