The author's upcoming debut novel is a celebration of James Franco, just like everything else the actor does 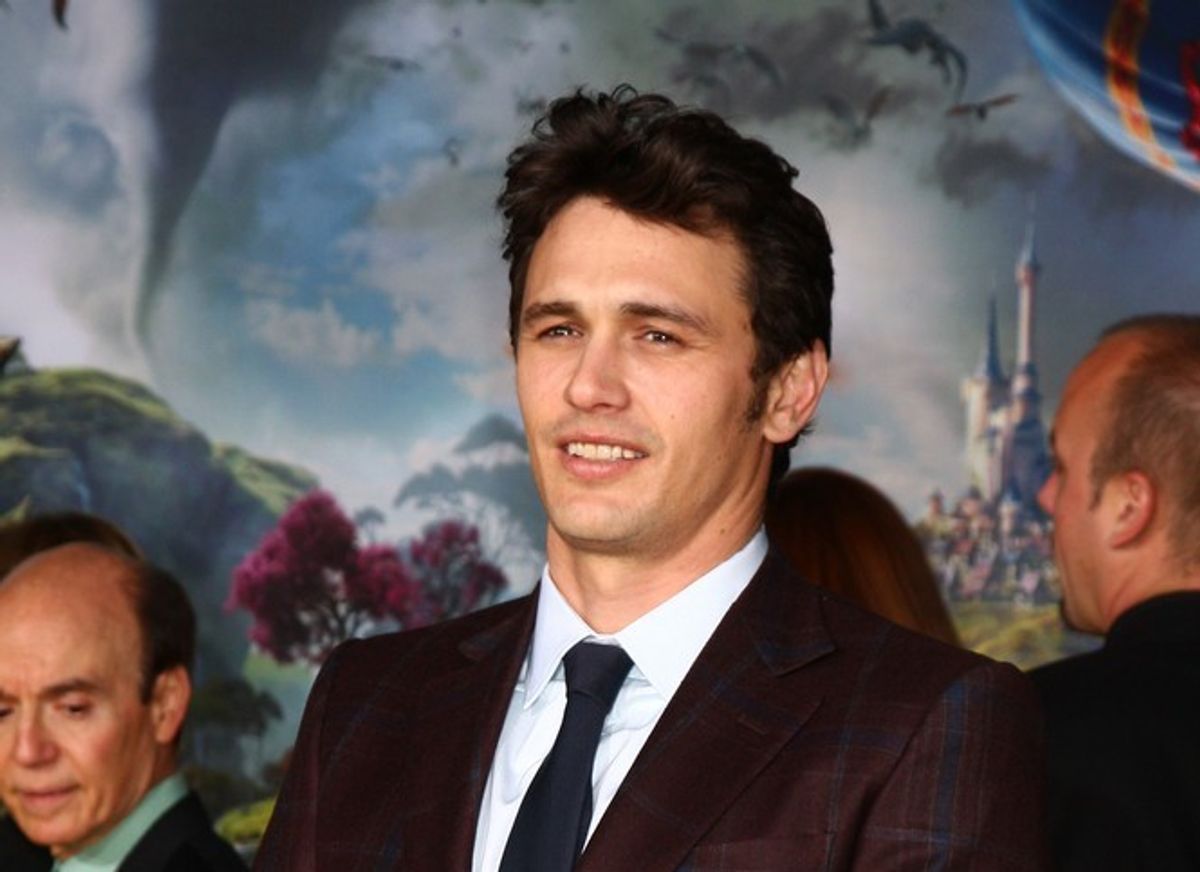 At this point, everything James Franco does is performance art. What does that even mean? It doesn't matter, because James Franco transcends meaning. He is, after all, a painting personified. The "This is The End" actor and dubious honoree of a Comedy Central Celebrity Roast has long attempted to upend modern notions of celebrity, while acting exactly like a glory-seeking celebrity would: In 2011, the actor staged a "Museum of Non-Visible Art" which was, yes, exactly what it sounds like. This summer, he published a foreword to Herman Hesse's classic Bildungsroman, "Demian," which (the foreword, not the book) was mostly about himself, and even slapped a picture of himself on the cover. He may or may not be dating Miley Cyrus, and he may or may not be gay. He is an up-and-coming reality TV star.

It comes as no surprise, then, that his most recent half-hearted artistic endeavor is debut novel "Actors Anonymous," which The New Republic's Laura Bennett describes as "an intense, wild ride into the ego of James Franco." That is to say, it is like every other Franco artistic endeavor -- brimming with promise, but defeated by intellectual laziness. The book's "format ranges from essays to poetry to Wikipedia entries, and jumps between the perspectives of several actors in a fictional support group called 'Actors Anonymous,'" Bennett explains.

Though it's Franco's first full-length novel, the profilic writer/painter/singer and general doer of things published another book this year -- a memoir that "plays with the concept of memoir," according to the book's description -- and two others last year. It's only a matter of time (months? weeks?) before Franco announces his next book. Here are a few suggestions, with sample excerpts:

“These Are Just a Bunch of Words”

What are words, anyway, when you really, really think about it? I mean, think about! Really! And, speaking of which, what are letters? I mean, really.

Wait, are you still thinking about it? Really?

Man, what a loser.

“The modern pie society that has sprouted from the ruins of feudal society has not done away with class antagonisms. It has but established new classes, new conditions of oppression, new forms of struggle in place of the old ones. Our epoch, the epoch of the pie, possesses, however, this distinctive feature: it has simplified the class antagonisms. Society as a whole is more and more splitting up into two great hostile camps, into two great classes, directly facing each other -- Pie and Proletariat.”

“Another Book by James Franco”

I wrote 'Another Book.' This is it. You are reading my book. Why are you reading this?

Haha, trick question. You can’t answer me, because this is my book and you are reading it.

“Recaps of Dan Rather’s Recaps of ‘The Newsroom’”

Kindle release: “Cooking with James Franco: Recipes for the soul”

[300 pages of reaction gifs of One Direction band members laughing]

“This is a Coaster”

Editor’s note: The pages in this book are blank. Please do not write in them. This book is purely published to serve as a coaster. Please only use it to hold room-temperature beverages. (Warning: Do not place hot or cold beverages on this book, as it will ruin the book’s cover.)