Do any of these mass-market pumpkin treats actually contain pumpkin? 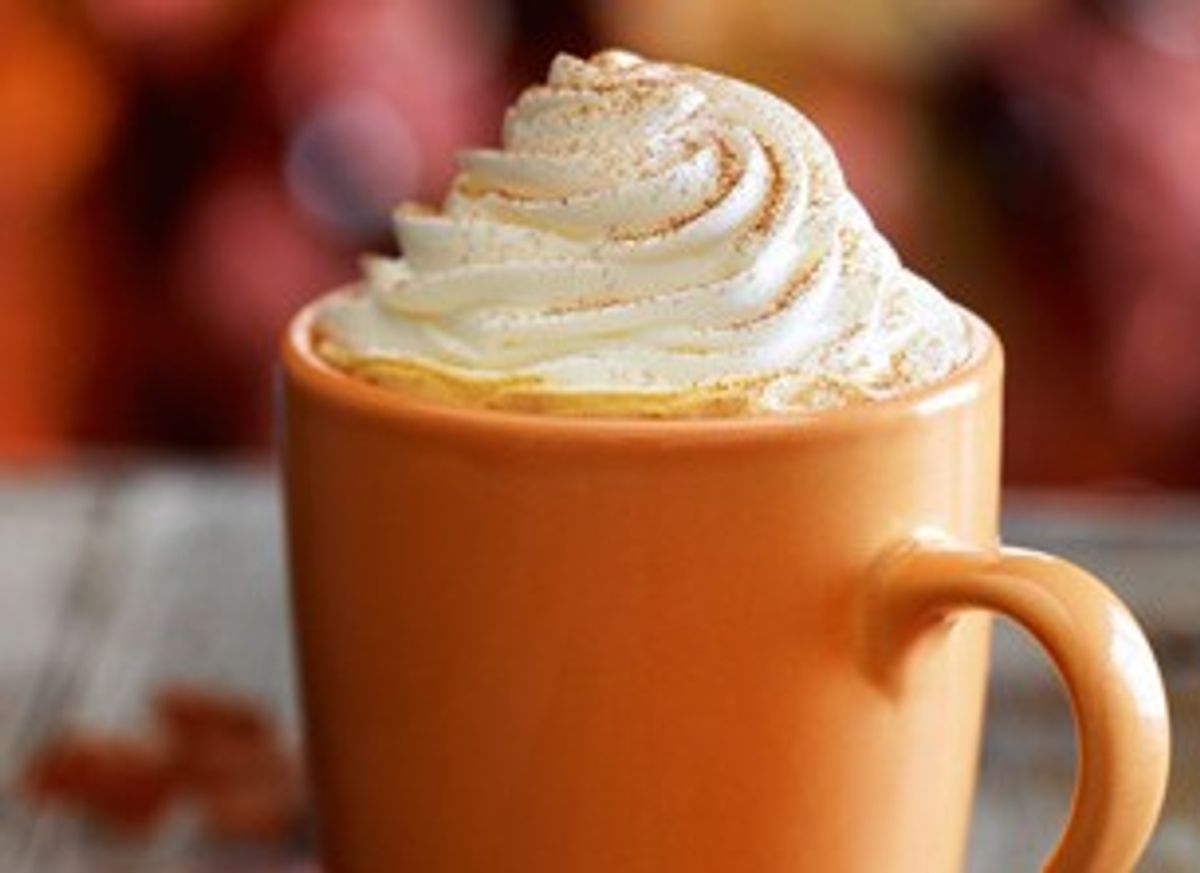 The official start of fall means a deluge of "limited edition" variations on the theme of pumpkin. More accurately, drinks and foodstuffs usually strive just to evoke pumpkin -- which we associate with spices like cinnamon, nutmeg, cloves, allspice and ginger. Sugar usually plays a major role in their appeal, as does orange food coloring.

If someone were to sit down and eat an actual pumpkin, one serving would fulfill 245 percent of their daily vitamin A requirement, zero fat and only a small amount of sugar. It probably wouldn't taste anything like a Pumpkin Spice Latte from Starbucks, though. As Cindy Ott, who wrote a whole book about the craze told NPR last year, pumpkin is more of a feeling than a flavor -- she interprets their popularity as an expression of nostalgia for the good old days on the farm.

Below, an overview of some of the more creative pumpkin offerings hitting shelves and fast food menus this season. Some of them contain trace amounts of the fruit (yes, it's technically a fruit). Most don't. See if you can guess which (if any) are legit: