Authorities found 1.4 tons of cocaine on a flight from Caracas 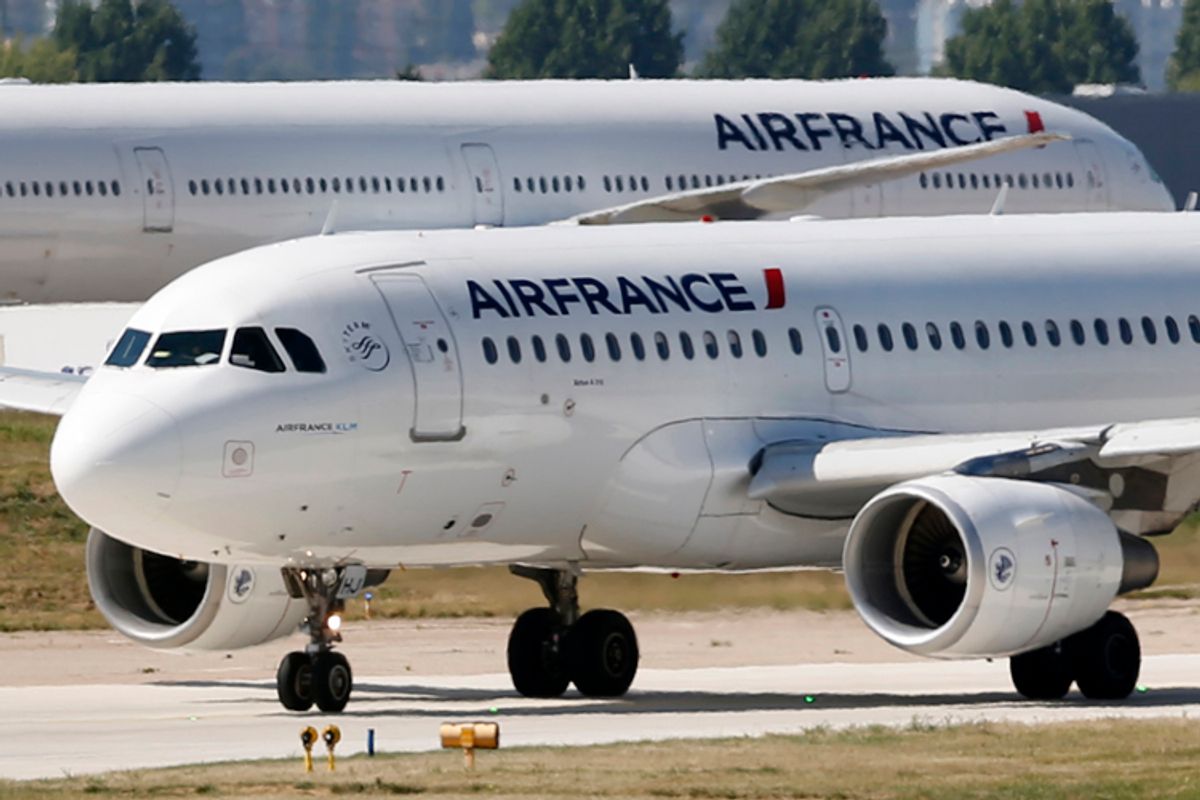 The smuggling of 1.4 tons of cocaine in three dozen suitcases on an Air France flight to Paris has so far yielded nine arrests on two continents while lending credence to U.S. doubts about Venezuela's effectiveness in combatting drug trafficking.

France's interior minister, Manuel Valls, on Monday praised the investigation that resulted in six arrests in France and the arrest Sunday of three National Guardsmen in Venezuela.

"It's not normal that you can carry more than a ton of cocaine on an Air France plane," he said on Europe-1 radio. "The fight against drugs requires all the players, notably transport companies, to participate in this cooperation."

Valls said police knew where and to whom the drugs were heading but wouldn't divulge the information or provide details on who was arrested.

The Paris prosecutor's office said six people were in custody and expected to appear before a judge Tuesday to determine whether they would be charged or freed. A spokeswoman said none were French but would not discuss their nationality. Britain'sForeign Office said three Britons were among those arrested.

Venezuela's interior minister, Miguel Rodriguez, said that two National Guard sergeants and one lieutenant were arrested Sunday and that airline workers were suspected of involvement.

"We presume there is complicity at the airline," he said on state TV.

Rodriguez said the Sept. 11 seizure at Charles de Gaulle Airport came after several weeks of investigation by French, Spanish, British and Dutch police. The drugs were placed on Flight 368, which departed Caracas on Sept. 10, he said.

Air France said in a statement that it is working with police and conducting an internal investigation, and increasing baggage checks at some "sensitive" locations.

There was no immediate explanation for why authorities waited nearly two weeks to announce the seizure.

"They are the first arrests from an investigation that began the moment information was received from France," he said.

Michael Shifter, president of the Inter-American Dialogue think tank in Washington, said the case supports U.S. accusations of high-level support for drug trafficking in Venezuela's military as it was unlikely two sergeants and a lieutenant acted alone.

"The quick arrests were not surprising — (President Nicolas) Maduro understands this is a real problem for him," Shifter said. "But it is doubtful that any higher-ups in the military who might have been involved will be held to account."

"It is hard to escape the conclusion that at least parts of the Venezuelan military are involved in drug trafficking," Shifter said. "For the Venezuelan government's image, this sizeable cocaine seizure is a serious blow and gives credence to U.S. government accusations."