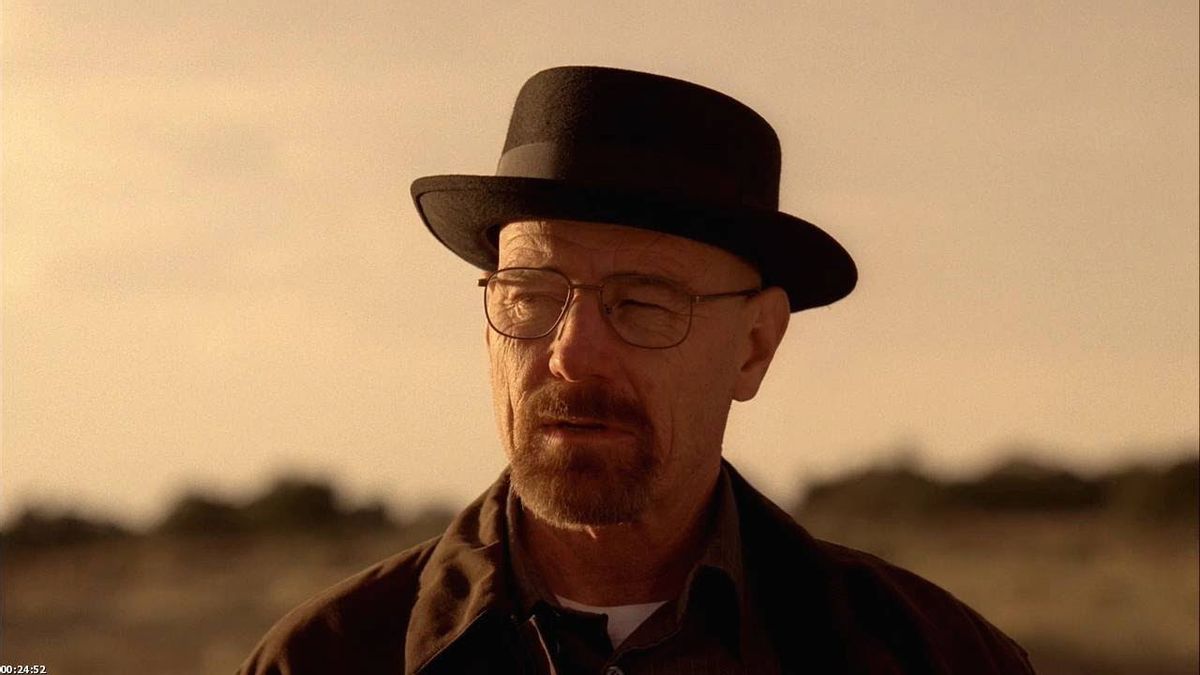 A fictional column by Sorkin was referenced in Sunday's "Granite State" episode; stewing in anger and self-pity in a desolate New Hampshire bar, Walter White catches a glimpse of Charlie Rose interviewing ex-friends and former Gray Matter business associates Elliott and Gretchen Schwartz, who recently gave a grant to drug treatment centers. “Andrew Ross Sorkin of The New York Times wrote a column suggesting that the grant was a kind of publicity maneuver to shore up the stock price of Gray Matter Technologies because of your association with Walter White," said Rose to the couple:

And voilà, a column idea was born:

Maybe it is cynical to suggest, but the timing and backstory of the grant is raising red flags among some investors on Wall Street and prompting some to ask: Is the donation a publicity stunt meant to mask troubling news about the company?

Little known except to a small cadre of industry insiders, the Schwartzes have been scrambling in recent weeks to keep a long-running secret from being revealed. Gray Matter’s stock has sunk over the last week as speculation has mounted that the company could be tied to a drug kingpin in Albuquerque who has made national headlines: Walter White, the former chemistry teacher turned international methamphetamine dealer known as “Heisenberg.”

"A spokesman for Gray Matter said, 'We don’t comment on rumors and speculation.' Mr. White could not be reached for comment," wrote Sorkin, before stating, "Yes, this is a fictional parody, in case there is any doubt!"

Indeed, everyone at Dealbook was very excited by the mention.