Environmentalism: Not just for white people 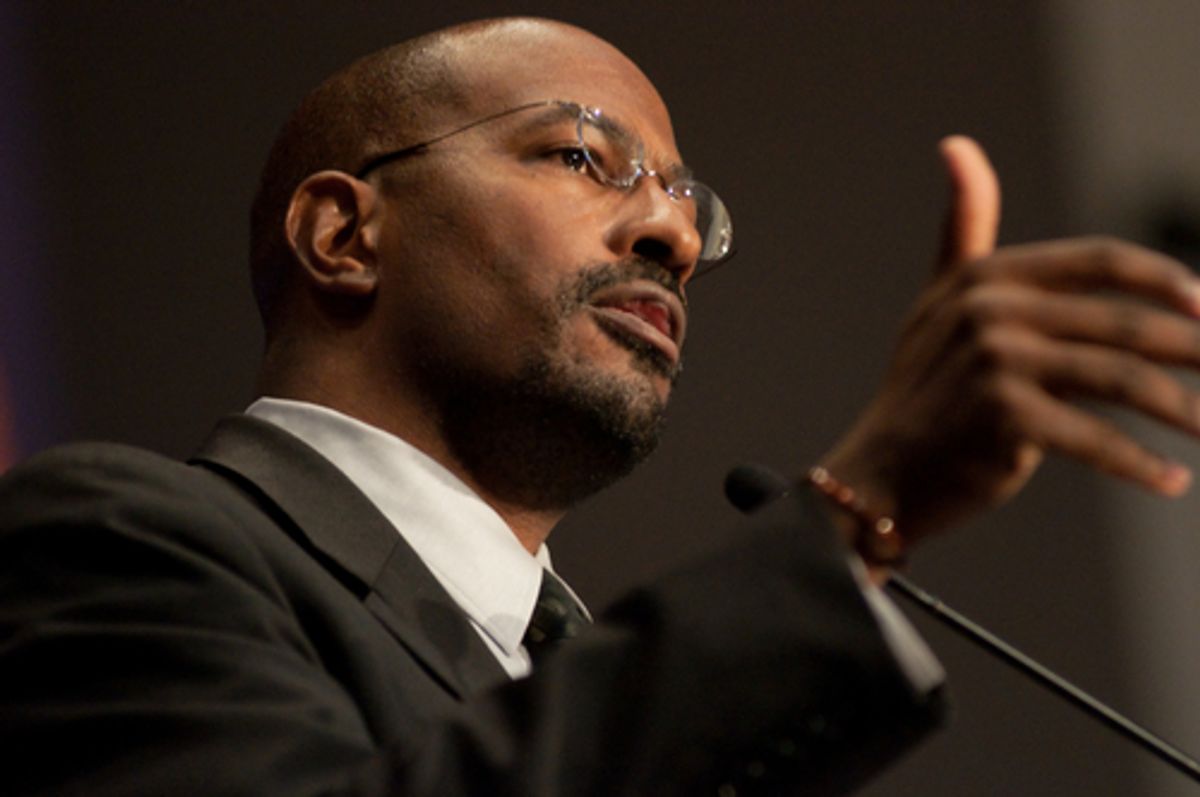 Think Progress posted an incisive piece about Green for All, a national organization that's trying to make the environmental movement a little more inclusive. Environmental justice groups, as opposed to the larger (and, historically, mostly white) organizations that fuel the mainstream environmental movement, receive comparatively little funding and attention. But, Green for All founder Van Jones said, these smaller and more diverse groups are where a lot of the passion is:

Jones said diversifying the donor lists of foundations that usually give to environmental groups would help black Americans in particular make their voices heard in the environmental movement. Polls show that, as a group, black Americans support environmental and climate change specific regulations as much or more than white Americans do. A 2010 poll from the Joint Center found black Americans in four swing states supported action on climate change and a solid majority of respondents said they wanted the U.S. Senate to pass legislation that would reduce greenhouse gas emissions before the 2012 election. The poll also found a majority of respondents said they would be willing to pay up to $10 per month more in electric rates if the extra charge if it meant climate change was being addressed, and more than 25 percent said they would pay an additional $25 per month.

A Yale poll from 2010 yielded similar results: it found Hispanics, African Americans and people of other races and ethnicities were “often the strongest supporters of climate and energy policies and were also more likely to support these policies even if they incurred greater cost.” It also found 89 percent of black respondents said they would strongly or somewhat support regulating carbon as a pollutant, compared to 78 percent of white Americans.

The reality, says  Jones, is that the people most immediately affected by climate change and pollution are low-income, urban and often minorities. It makes sense, then, that these are the people who are most motivated to act now -- and who are already doing a lot to improve their communities. “I’ve found the black community to be very well informed about environmental issues, and that’s because they live them every day,” agreed Sheila Jackson Lee, R-Texas, co-chair of the Congressional Black Caucus’s Energy, Environment and Agriculture Taskforce.

Small-scale efforts like community gardening, and groups like the Bus Riders Union in Los Angeles and West Harlem Environmental Action in New York, "are organic, well-considered responses from people who are trying to make their lives better,” Jones told Think Progress. “Those people should be called environmentalists as much as anybody who is standing up for endangered species.” All they need is for more people to start paying attention.