The author on how her new book feels different than her others, and why her writing isn't entertainment 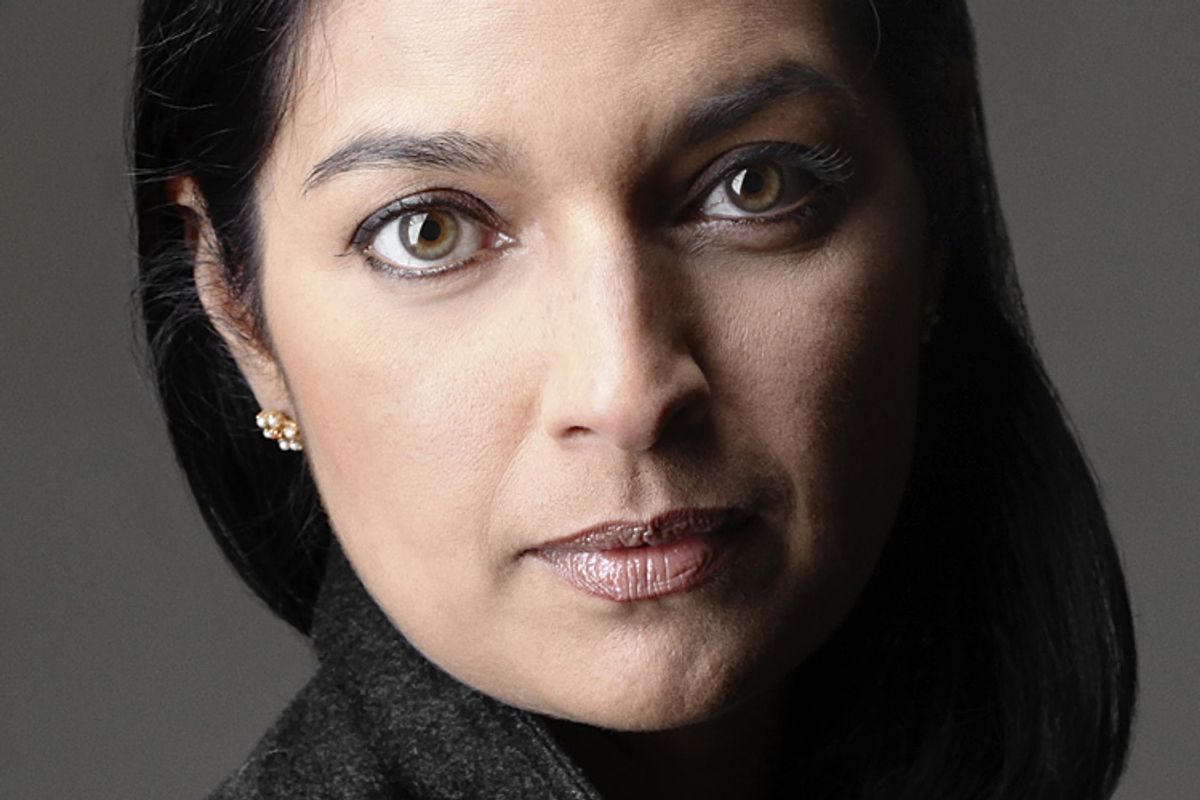 Jhumpa Lahiri is setting off on a new phase.

The author, whose new novel "The Lowland" is to be released Sept. 24, told Salon that "the work seems to be moving in a different direction" since she finished writing her last book; "The Lowland," which she conceived of before any of her other three published books, may indeed complete a cycle of sorts. "This is a book that in a way is the book I've been trying to write from the beginning," she told Salon.

Those preceding three books -- two short story collections, "Interpreter of Maladies" and "Unaccustomed Earth," and a novel, "The Namesake" -- all explore the experiences of South Asian immigrants in the northeastern United States. "The Lowland" covers the same ground, but using new tools. The story of a pair of Indian nationals who move to the U.S. is told from their youths, in the politically divided India of the 1960s, to the present day in America. It is hardly easy to move from one nation to another -- and, in "The Lowland," Lahiri's characters seem determined to make it yet more difficult. The novel takes her consistent theme of dislocation to its logical extreme.

Lahiri herself lives a somewhat dislocated existence -- presently living in Rome, Lahiri has won the most prestigious literary prize in America (the Pulitzer, for "Interpreter of Maladies," her first book) and has been shortlisted for the most prestigious literary prize in the U.K. for "The Lowland." Though the London-born author spent most of her life in the U.S., she told Salon that, like many of her characters, "it was very hard for me, for most of my life, to feel American, or call myself American."

And so it is that "The Lowland" seems in many ways the culmination of a career-long examination of dislocation; it's in some ways the Lahiri book least concerned with American life, as its characters are preoccupied to a degree unusual even for the author with events taking place years in the past. "I feel finished," Lahiri told Salon somewhat cryptically. What's next is entirely up to her.

I wanted to start by talking about your being in Rome. Your work deals with so much geographic dislocation, and I'm wondering if you see your own work in a new light now that you're living in an entirely new country.

Well, the work seems to be moving in a different direction, from what I can tell. It still feels very early. But I do feel like, having finished "The Lowland," I feel like I'm at the end of a certain phase of my work, if I can even claim to know that before having written another work to compare it to. But I'd think that given the fact that this novel, "The Lowland," is a book that I've been trying to write for so long, and really began to conceive it in 1997, you know, before any of the other books were published, and only one was written, more or less.

I feel like this is a book that in a way is the book I've been trying to write from the beginning. And having finally written it, I feel finished, in a way that I didn't feel finished with the other books if that makes sense, in terms of certain aspects of what those books talked about, in terms of the characters and where they were coming from, both literally and figuratively ... I mean, I think the idea of dislocation continues to interest me very much, and given that I'm living now in a country in which I am very much a stranger, more emphatically so than ever in the past, I think more broadly. I continue to remain interested in that experience. But now, all of the variables have changed, for me, in terms of what is surrounding me on a day-to-day basis.

There are certain tropes that readers or critics associate with the books in what you'd call your first phase, the phase that begins with "Interpreter of Maladies," and, as you say, concludes with "The Lowland." What do you think the books have in common? Do you think starting a new phase necessarily implies leaving any element behind?

Well, I don't know what the critics say, but I gather that the work is regarded, in terms of certain themes, as kind of a bicultural experience, an immigrant experience, specifically characters from a certain part of India, arriving during a certain time period, which is the late '60s and '70s, in the United States, and generally a very specific part of the United States, that is the Northeast. So I think all four books have the same basic things in common. To a certain degree, all four books are visiting and revisiting a certain migration pattern, in terms of what the characters are doing. That is something I'm less interested in continuing to explore right now. I feel -- I want to look elsewhere, and look at things differently.

"The Lowland" is so expansive in terms of time, and it covers so much ground, in every sense, and it's such a contrast to a short story, a form that often covers a discrete period of time. Which form is more natural? Is the purpose of a novel to be as expansive as is "The Lowland"?

No, I don't think that at all. I think novels can do all sorts of things and they can be very streamlined, and have a much more intense temporal focus, and I'm interested in that. I like reading novels that are very narrowly focused. This novel, for whatever reason, needed, I think, to be more expansive. I think it's a direct consequence of the last book of stories ["Unaccustomed Earth"], which were, by and large, more expansive, if you will, and many of them covered very large periods of time; even if they were 25 pages long, I felt that I was in those stories trying to figure out ways to move through time quickly.

Given that you had the idea for your new novel so long ago, did you need to write "Unaccustomed Earth" to get yourself ready to write "The Lowland"?

Well, I don't know. I can't say. When I wrote those stories, I just wrote them. I didn't think of them as preparatory material for this book. I didn't know that I was going to write this book. This idea was hovering and simmering for a decade, I didn't know that when I finished "Unaccustomed Earth" that I would return to the very little material I had, that eventually turned into "The Lowland." It was just a theme, basically.

When you're inside of a work, in the moment -- at least for me -- I really don't think either to the future or in the past. I mean, I feel very in the moment with the work and with the challenges that that work sets before me, and I feel that's all I can really think about, so I don't know how to answer the question.

It seems so unusual that you've won the Pulitzer -- a prize that by and large awards work dealing with "American themes" -- and are now nominated for a Booker Prize, a prize for Commonwealth authors. How do you sort yourself in terms of your nationality -- or do you?

I don't know. I have two passports, because I have to have at least one, and I really don't know how I define myself. And I feel that as I get older, I feel very fortunate to have, on paper, a dual nationality. It was very hard for me, for most of my life, to feel American, or call myself American, and that is a very complicated topic that would require a very long conversation. That's the short answer.

Nor have I ever felt South Indian, never having lived there. I feel that I'm sort of the footnote to various identities, but never the one thing. Never one thing entirely. It really isn't something that personally matters to me anymore, but I think on some level, the issue of identity and evolving, and having an evolving identity or a divided identity, a bifurcated identity, these things clearly have preoccupied me, both personally and as a writer. But I still can't say -- though it's easier for me now to say I'm an American, because I think America has evolved, and I think the idea of being an American has evolved along with it. I think in my crucial years of development, it was very clear that I wasn't an American, because I wasn't treated as one, and I was raised not to be one, so it was a very charged situation.

Do you feel any extra burden -- do ever feel as though you have to be representative in some way? As perhaps one of the only Indian-American writers that some readers might read?

No. I mean, I think that's crazy for a fiction writer to represent anything general. I don't ever think of that. I try to represent specific experiences of specific characters, and that's all I want to try to do. I don't ever try to think about representing a culture, because its impossible, and someone will fault you. And it just doesn't interest me. I don't think of the world that way so I can't conceive of it that way in my work. I'm unable to think in those general terms.

There's been an ongoing discussion in the American literary press about the virtues and the drawbacks of so-called likable characters. Some of the decisions your characters make in this book are so alienating -- how do you feel about whether or not a character needs to be likable in order to engage the reader?

I don't think about that. I write about characters that interest me. And I don't think of my books as being forms of entertainment. I don't read books for entertainment, I read books to deepen my understanding of the human condition, and I think that condition is a very complex thing, and that people are very complex creatures, so that didn't occur to me, it wouldn't occur to me.

Do you think that there's levity in your work?

Does your next phase include more levity?

I can't say. I think as a reader, I'm drawn to perhaps darker works, I don't know. Maybe just as a person that's how I am. But, again, I think that's what's so wonderful about literature, because you have so many different forms of expression, from the lighter to the darker, you have the whole spectrum, and this happens to be where I fall on it.