Not so fast, Tom DeLay!

Sure, a pair of Republican judges overturned his convictions -- but the D.A. isn't done with this case. Stay tuned 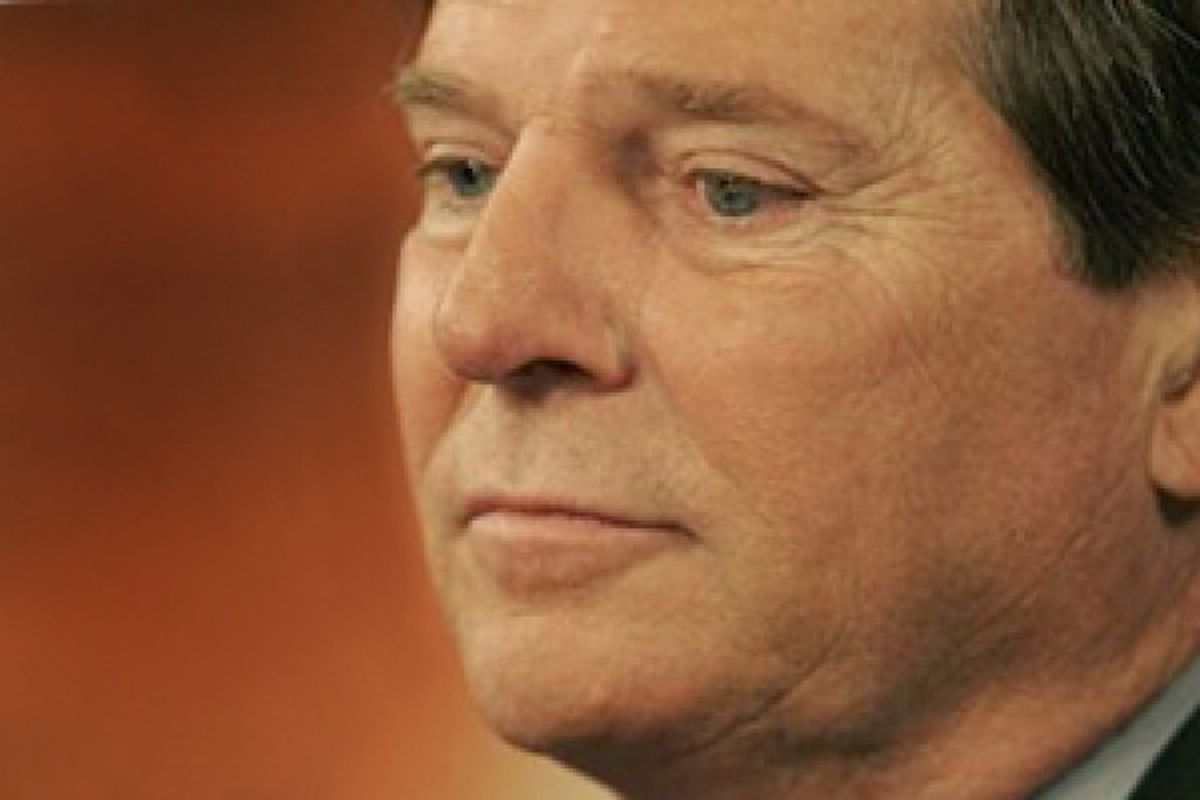 Following Thursday's 2-to-1 decision by a three-judge panel from an appellate court in Texas overturning the 2010 felony money laundering convictions of former U.S. House Majority Leader Rep. Tom DeLay (R), the Travis County District Attorney announced her intention to seek a review of that decision by the Texas Court of Criminal Appeals.

"We strongly disagree with the opinion of Judges Goodwin and Gaultney that the evidence was insufficient," Travis County DA Rosemary Lehmberg said in a statement. "We are concerned and disappointed that two judges substituted their assessment of the facts for that of 12 jurors who personally heard the testimony of over 40 witnesses over the course of several weeks and found that the evidence was sufficient and proved DeLay's guilt beyond a reasonable doubt."

She said her office is "preparing a response to this opinion and will ask the full Texas Court of Criminal Appeals to review the ruling."

I've been pouring over both the majority decision [PDF] by the three-judge panel's two Republicans, and the dissent [PDF] issued by the Democratic Chief Justice of that court. I'm no expert here, and I'm trying to learn more, but the majority's decision seems to invoke some fairly impressive tortured logic in order to overturn the 12 jurors finding that DeLay committed these crimes beyond a reasonable doubt.

Nonetheless, that logic, twisted or otherwise, may well work at the Texas Court of Criminal Appeals, the court of last resort for criminal matters in the Lone Star State...

To try to keep this simple, for now, the "money laundering" in question involved some $190,000 dollars received from a number of different corporations in 2002 by DeLay's Texans for a Republican Majority PAC (TRMPAC). That group subsequently gave $190,000 to the Republican National State Elections Committee (RNSEC), a committee formed by the RNC, with an agreement that $190,000 be given to seven different Republican candidates who were running for the TX state legislature in 2002.

The strategy paid off. Republicans gained the majority in the Texas legislature that year for the first time since Reconstruction. They then were able to gerrymander the state's Congressional Districts, in a highly controversial maneuver, since it came in-between the usual ten-year census redistricting. The unprecedented off-year gerrymandering then resulted in five new Republican seats in the U.S. House of Representatives during the 2004 election.

It was quite a coup at the time, and something DeLay was quite proud of.

Trouble is, it's illegal in the state of Texas for corporations to give money to political candidates. And that's where the "money laundering" charges come in. Prosecutors alleged, and the jury agreed "beyond a reasonable doubt", that the money the corporations gave to TRMPAC, which, by law, could not be spent directly on candidates, was used for that purpose anyway after DeLay gave it to the national committee with the agreement that they distribute it to the candidate's campaigns.

Funneling the corporate money through the national committee, in order to bring it back to Texas to give it to candidates amounted to laundering those funds, according to the State and the jury.

But the appellate court panel's majority concluded Thursday that "the evidence was legally insufficient to sustain DeLay's convictions" and so they reversed the trial court judgement and rendered acquittals for DeLay.

Essentially, their argument is that it was not illegal for the corporations to give the money to TRMPAC in the first place, since corporations are allowed to do so, so long as the money is not for candidate campaigns, but for other things, such as administration or for work on ballot initiatives. Therefore, they argue, the corporations did not knowingly attempt to violate the law and so there were no "proceeds from criminal activity" which, the laws says, would be necessary in order for there to be the felony crime of money laundering.

So, even if the State succeeded in proving its case, the two Republican justices argue, if what happened here didn't involve criminal proceeds, then what DeLay did could not be considered money laundering and, therefore, his convictions related to that crime are invalid.

In short, what the two judges are saying is that DeLay did it, but it wasn't a crime.

Chief Justice J. Woodfin Jones, the lone Democrat on the three-judge panel, disagreed, finding in his dissent that there were indeed crimes committed when the corporations gave hundreds of thousands of dollars to DeLay's TRMPAC without otherwise earmarking it for one of the legal purposes that corporate money would otherwise be allowed for.

The dissent makes the case that both the corporations and DeLay knew that using that money for candidates would be illegal, and yet, as the State noted, the money was eventually used for that purpose anyway. Jones cites the state's evidence of the pitch that TRMPAC used to solicit contributions as being pretty solid evidence that money donated to the group would be used for campaigns. Among the statements in that fund-raising pitch, cited by the State during the trial:

Chief Justice Jones concluded, therefore, that there were, in fact, "proceeds from criminal activity" involved in these transactions and, thus, he dissented from the majority's opinion that the "State failed to establish an element of the crime of money laundering as alleged in the indictment, specifically that appellant conducted, supervised, or facilitated a transaction involving the proceeds of criminal activity."

The Texas Court of Criminal Appeals, which will hear the review filed by the state DA, is composed of nine judges who are elected in partisan, at-large elections across the state. The court is currently made up entirely of Republicans, including one judge appointed by Gov. Rick Perry (R) to fill a vacancy.

Despite the merits of the arguments issued in the dissent by Chief Justice Jones, if the judges on the higher court follow the lead of their partisan colleagues on the lower court, DeLay will likely find himself getting off scot-free. Given the bluster offered by DeLay's attorney Brian Wice, who described the reversal of charges and acquittal as "total vindication" for his client, it seems the former Republican House Majority Leader may not be very worried about further review by the nine Republican judges on the high court.

When asked by TPM about the Travis County DA's intention to seek a review, Wice said: "My response is, 'Hey, good luck with that.'"

DeLay had originally been convicted of two money laundering charges and sentenced to three years in prison for one of the counts and five years for the other. The sentencing judge agreed to substitute 10 years of community service instead of jail time for the five year sentence. Rather than serving even one night of his remaining three year sentence, DeLay was immediately released, pending his appeal, after posting a $10,000 bond.

By contrast, as we reported this week, Alabama's former Governor Don Siegelman, a Democrat convicted of something that had never previously been considered a crime at all --- as noted by 113 bi-partisan former state attorneys general --- continues to serve out his 6 and half year prison sentence in a Louisiana federal penitentiary, after what many have described, with very good reason, as a political prosecution launched by the George W. Bush Dept. of Justice. Siegelman was literally shackled and hauled off to jail immediately after his sentencing. He served 9 months while waiting to be released on appeal and is now currently serving out the remainder of his sentence while another appeal moves forward in advance of a hoped-for pardon from President Obama.