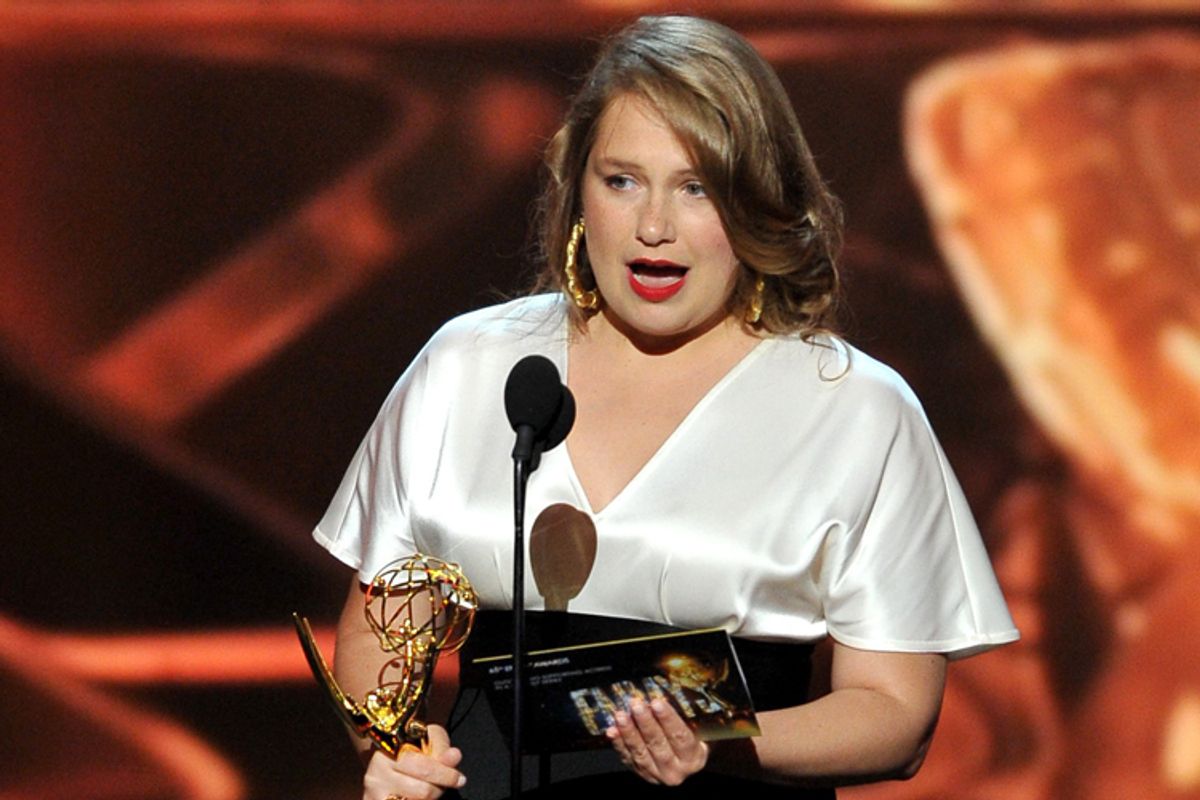 Merritt Wever, who plays Jackie's best friend Zoey on "Nurse Jackie," delivered one of the best acceptance speeches in recent memory on Sunday night when she won best supporting actress at the 2013 Emmy Awards.

Unlike most celebrities, Merritt Wever didn't get bogged down in the details of thanking producers, cast members, parents, or her tenth cousin once removed, because Merritt Wever had somewhere more important to be.

EW caught up with Wever at her very important destination, which was backstage. “It’s hard to do those,” she said. “I’m scared. I’m scared. It was unexpected. I don’t know how to feel yet. I mean, I have therapy next week.”

For what it's worth, even host Neil Patrick Harris acknowledged it was "the best speech ever."

So anyway, thanks for reading. I gotta go, bye.