Forget work versus home, bottle versus breast. The real war is against moms who don't have choices 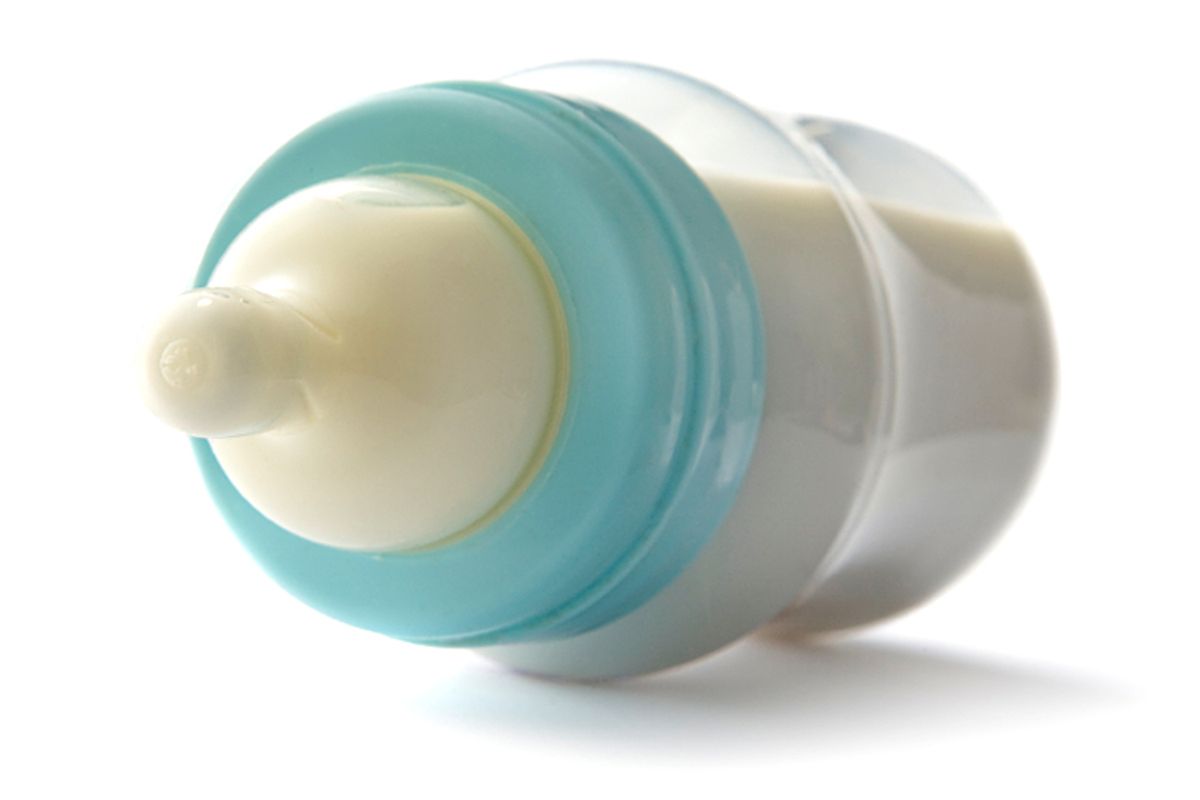 The phrase "Mommy Wars" often brings to mind disputes over the mundane minutiae of parenting. Cloth vs. disposable, breast vs. bottle, working vs. stay-at-home parenting, and side vs. back sleeping. We focus on motherhood as the province of privileged women with no greater struggles than whether or not it is possible to have it all.

Meanwhile, mothers who do not fit into this narrative feel excluded. Motherhood is supposed to be a choice, but what kind of choices are mothers making? Concerns over access to food, healthcare, education, even safety somehow don't make the main stage of these discussions. At its base, motherhood encompasses all of that, and mothers who don't have many choices (or, in some cases, any choices) need support that they are not getting.

Over the course of my career as a mother, I have gone from being a pregnant military wife living in Germany to a divorced single mother living in a Central Illinois housing project to the primary breadwinner of a middle-class nuclear family in Chicago. My first marriage was incredibly unhealthy, and when I ended it, I expected things to change for the better. The transition from a married black mother to a single black mother was rough. Even while married I had encountered my fair share of people who projected their racist assumptions onto me. Perfect strangers felt entitled to ask how old I was, whether I planned more children, and -- on one memorable occasion -- whether it was right for my white ex-husband and me to bring a mixed-race child into the world.

I thought I was ready for anything after that. Then we divorced, and I got to experience being a single mom on public assistance for a few years. Suddenly, my choices for my son weren't trustworthy, even to the people paid to care for him while I was in class. The daycare director simply ignored the doctors’ notes I sent with my son about his food allergies. She could not accept that consulting a friend of hers who was a nurse for a second opinion wasn't OK. She didn't even deem it necessary to ask my permission or that of my son's doctor before changing his diet. I found this out by accident, and when I talked to her about it she made it clear that she thought I didn't know what I was talking about and had no right to challenge her. The situation was eventually resolved to my satisfaction, but only after I spoke with her boss and the legal department of my college. I'll never forget how angry she was that I had the nerve to go over her head. I wish I could say that was an isolated incident, but my years as a single parent were dotted with people challenging my right to make decisions for my child.

My limited income during college certainly had an impact on other people's perceptions, but poverty didn't remove my right or ability to parent my child. Did I have access to the same choices at less than $15,000 a year that I do now? No. But that didn't make me any less of a mother. The years I spent splitting time between work, school and visits to the public aid office weren't easy. They were further complicated by not having anywhere to turn for support outside of friends and family. My personal support system was amazing, but there's something so shame-inducing about looking at mainstream depictions of motherhood and never seeing women like yourself in a positive light. Sure, there were always negative depictions of single mothers of color available. The infamous Welfare Queen myth meant I was guaranteed to have someone give me a dirty look in line at the grocery store if I bought fresh fruit, or cluck their teeth when I pulled out that big paper slip instead of a regular insurance card. There was no shortage of media depictions of public housing that framed every resident as a criminal or a victim. I lived in a community of mothers who were trying to get on their feet financially while parenting their kids, all without much support.

The "mommy wars" in lower-income brackets are about survival, not about competing with each other for praise or status. Fighting with school systems that lack supplies, that are overcrowded and understaffed, to get quality education for children is a battle that grows more serious by the day. Millions are struggling to retain access to healthcare, or fighting to afford food -- whether it be via SNAP benefits or a living minimum wage. Some are denied the right to have children, to keep the children they have, and to choose when to have children.

Mothers are raising children in areas disproportionately impacted by violence. Mothers are raising kids with major health concerns in the same environments that made them sick. Mothers are going to war literally and metaphorically every day, but those wars are not with each other. Feminist discussions of motherhood often center on the idea of choice; let us reframe the conversations to include the battles fought every day by women who don't always have choices.

We need a conversation about the war on poor mothers, on disabled mothers, on indigenous mothers, on trans mothers, on mothers who are not in heterosexual relationships, on mothers who are migrant workers, on mothers doing the most with the least. Feminism is supposed to be about making it possible for all to achieve equality, not about playing games of one-upmanship. Motherhood is a feminist issue. Part of the issue is indeed the right to choose how one structures one's life, but even more important is having options to choose from that are actually good for mothers and their children. I’m fortunate enough to have gotten past the place where I need public assistance, but I will never forget feeling like a target in the war on mothers.

This piece is the first in a series by feminists of color, curated by Roxane Gay. To submit to the series, email rgay@salon.com.

Mikki Kendall is a writer and occasional feminist.