The $200K lesson I learned from getting shot

How a health insurance check sent 6 hours before being shot saved my life. And what it means for you (and America) 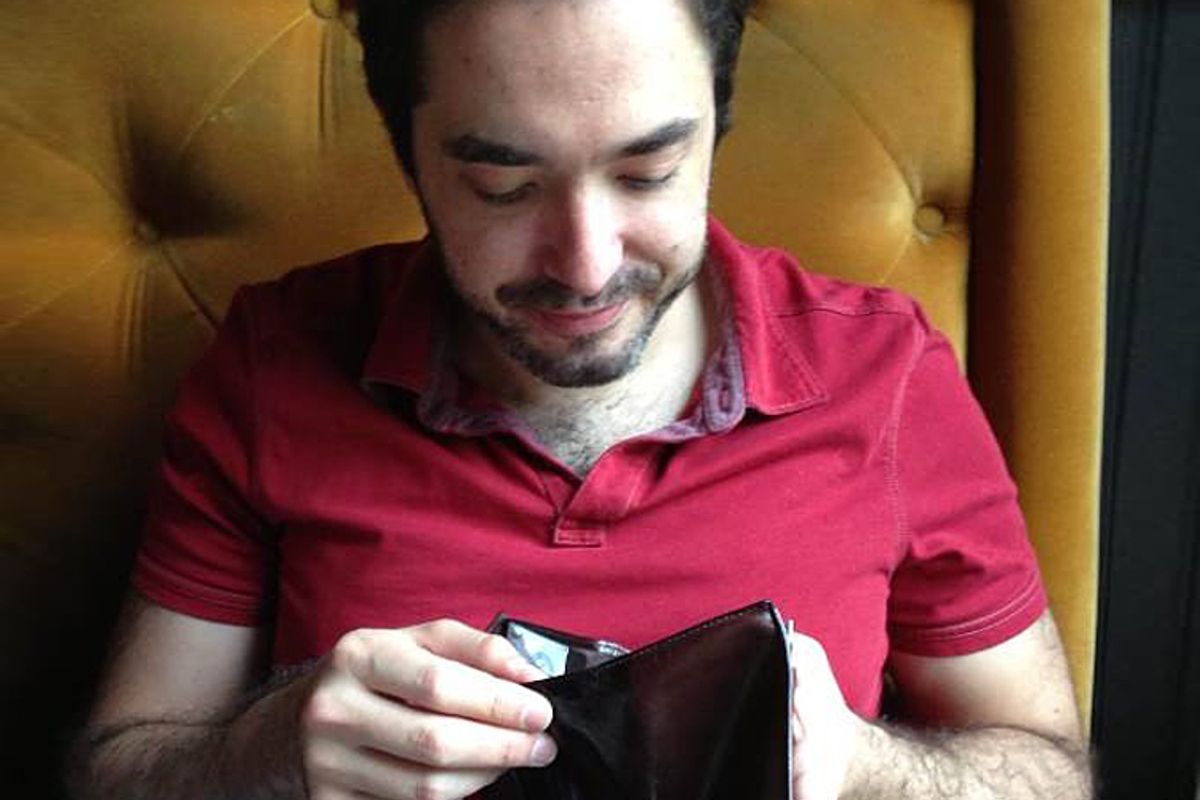 A few weeks ago, I wrote an essay for this website about the time two young black men shot me in Washington, D.C. The purpose of the article was to bring a new and personal perspective to an ongoing debate about racial profiling that had grown particularly pitched at the time.

This article is a preface to that story, which I hope will serve a similar purpose, but with respect to a completely different debate.

Right now, a number of conservative groups, with financial backing from well-heeled fellow travelers like Charles and David Koch, are engaged in a campaign to convince young, uninsured people not to enroll in Obamacare -- to remain uninsured rather than enter and strengthen the state-based health insurance markets the Affordable Care Act is building.

Young people are typically healthy. On average, they incur very low medical costs each year. In any social insurance system, most of them will end up paying in more than they get out during their early years, because most people make it through youth without contracting a major illness or befalling terrible accidents. Yes, they get healthcare coverage, and the peace of mind that comes with it. They also enter a social contract that promises to provide them affordable coverage when they're older and no longer healthy, as a form of back payment for cross-subsidizing today's aged and ill. But in the near term, and in the narrowest, most pecuniary sense, a system like Obamacare won't necessarily seem like a great deal.

Adults will make their own decisions. My story underscores the moral failings of the people attempting to persuade strangers to assume a risk like uninsurance for the sake of their own dubious principles.

If you read my original article, you already know I was shot three times in the early morning hours of July 2, 2008. What you didn't know is that I'd put my first insurance check in the mail on the evening of July 1, 2008.

Back in 2008, I was pretty new to journalism. I had a decent job, and crucially the first one I'd been offered since I'd graduated college that agreed to pay part of my insurance premiums. But I was working on a contract. I wasn't on a group plan. On top of my monthly salary, my employers would send me extra money to pay my monthly premiums.

I know from that, and from previous experiences, how frustrating the existing individual insurance market can be. Even a highly regulated one like Washington, D.C.'s. Before that job, I'd been insured in D.C.'s market once before, with a really lousy high deductible plan. Like most young people I rarely needed it, but when I did, it didn't seem to cover much, and appealing charges was a significantly less rewarding experience than getting cable installed or fighting traffic tickets in court.

When I got that job, I tried enrolling in a new plan, but for some reason -- perhaps because I hadn't kept continuous coverage -- I was rejected. Over my father's pleading, I allowed these frustrations to deter me from applying for a different plan. I pocketed the supplemental check each month for several months before his persistence wore me out and I fired up ehealthinsurance.com. Fortunately, D.C. required one of the major insurers operating in the area to offer a guaranteed issue plan, which meant they couldn't reject my application. It also meant that I'd only be eligible for, or be able to afford, a high deductible plan once again. A few weeks after applying, Blue Cross sent me my plastic insurance cards and my first bill. I don't recall what day that bill was due, but I do recall that I was an enormously irresponsible young adult and an inveterate procrastinator, so I'm quite confident that I held on to that bill for a while.

On July 1 -- I must've just received my paycheck -- I bussed up to Cleveland Park, a quiet neighborhood in Northwest D.C., to meet my sister and brother-in-law for a celebratory dinner. They had just moved back to Washington after many years, and this was the first time she and I would be living in the same city. I met them at their new condo, with an envelope in my back pocket, we walked south down Connecticut Ave toward the restaurant, but before we reached our destination, I dropped the envelope into a corner mailbox.

My medical bills totaled about $200,000, mostly attributable to major surgery and a 10-day hospital stay. My deductible more than cleared out my bank account, but in the end, my insurer paid almost every other penny, and saved me from bankruptcy or a lifetime of debt. For $200,000 you can buy an Ivy League education, a home, a law degree, a secure retirement or a splenectomy. But there's no equity, dividend or residual value in a splenectomy.

I don't know how much difference that scary (but extremely fortunate) timing made. It's possible my insurance would have covered my bills even if I hadn't mailed the check that night. But that's sort of beside the point. The point is that I'd just enrolled in insurance I never thought I'd need, and then unexpectedly needed it -- badly -- just a few days later. It cost me about $100 -- about the amount millions of young people will be asked to pay out of pocket under Obamacare. Two-thousand-to-1 is a pretty good payout.

If I'd been uninsured at the time, I might have had a few meliorative financial options. I'm fortunate enough to have parents who could have cushioned the blow, though not without considerable hardship. Maybe I could have split my debts between them and the hospital. What I couldn't have done is applied for insurance from my bed in the recovery ward and asked Blue Cross to pay for my surgery post hoc. That's as it should be. Insurance doesn't work if it's structured as a bailout system for free riders. Yet one thing these conservatives are telling young people is that Obamacare will be different. Because it guarantees that people with preexisting medical conditions can buy insurance, they claim opting out carries no risk. Get sick or injured? Then you can reconsider your decision to opt out.

But this is a falsehood.

For the first year, Obamacare will have an unusually long open-enrollment period. It starts on Oct. 1, but eligible individuals can sign up through March, even if stricken by accident or illness. After that, though, anyone who decides, or is persuaded, to "skip" Obamacare will be as vulnerable as I would've been if I'd never applied for insurance and dropped that check in the mail. They'll be locked out of the system until the next open enrollment period begins on Oct. 14, 2014. That open enrollment period will last just 53 days. Break a leg or develop a serious illness in the interim and you get to choose between paying tens of thousands of dollars out of pocket or suffering for months and rolling the dice with a delayed diagnosis.

Nine months after the shooting I got a new job that offered me traditional employer-sponsored insurance, and for the past four years I've been fortunate to maintain at-will employment in a competitive industry like journalism, because it turns out being asplenic is a preexisting condition. One of the less obvious consequences of serious accidents is that victims often become uninsurable on the individual market as a result. Freelance work just wasn't an option for me.

Obamacare really will change that. But only if it works. And it won't work if too many young people decide to roll the dice.

One of the arguments I made in my first essay is that it makes no sense to respond to minor risks by taking drastic measures (in that case, I was responding to making sweeping racial judgments based on a lone incident). Nobody should respond to the threat of communicable illness by sheltering indoors like Howard Hughes. Nobody should mitigate the risk of accident by diminishing their quality of life. But buying insurance? That's like taking a cab through a dangerous neighborhood. It's a perfectly sensible hedge even if it's somewhat costlier than the alternative. If it weren't sensible, millions and millions of people insured by their employers -- including, probably, the same people now encouraging young people to skip Obamacare -- would be opting out in exchange for additional cash compensation.

Obviously people who have insurance already -- including young people, who currently cross-subsidize their older colleagues in existing group markets -- think it's a pretty good deal. If you're eligible for Obamacare, and people try to convince you otherwise, ask yourself if you think they'd be giving their own children the same advice. And your decision will be obvious.