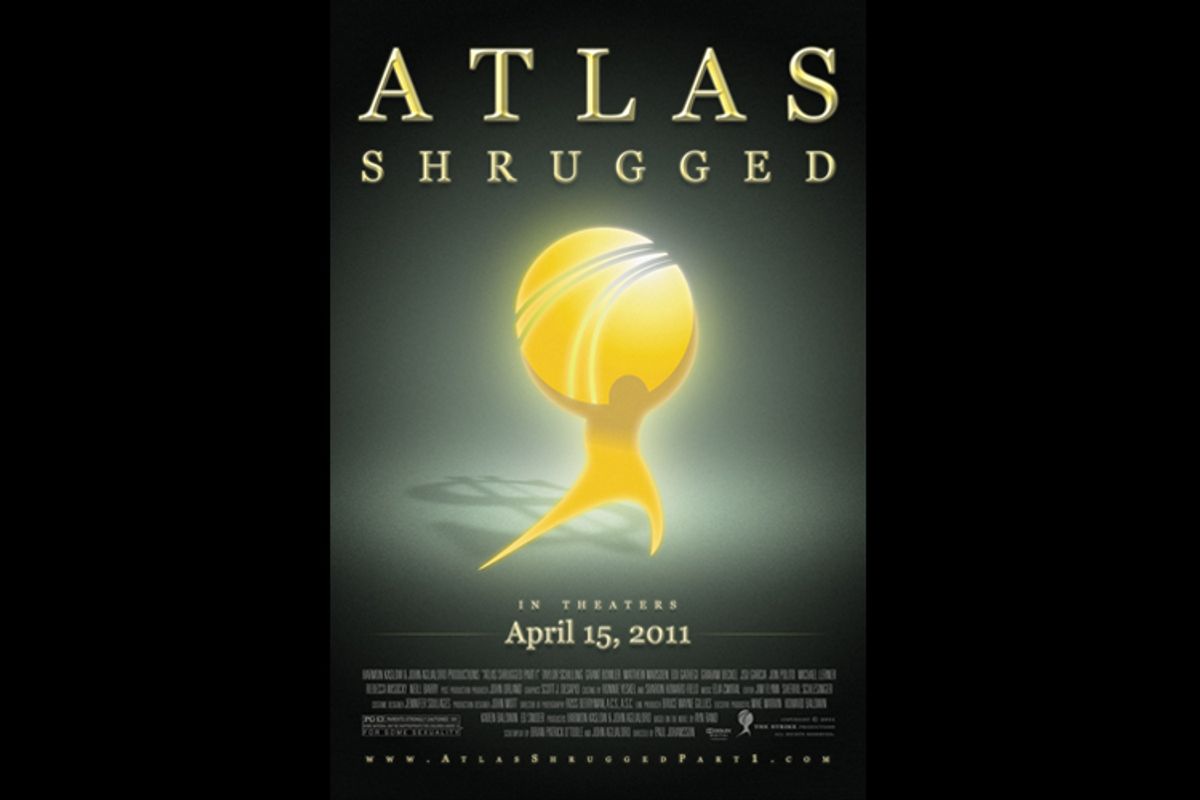 "Atlas Shrugged," the seminal libertarian novel by Ayn Rand, tells the story of millionaires dropping out of society when they feel unappreciated.

The producers of the film adaptation may be loosely able to relate; their first two installments in the "Atlas Shrugged" trilogy were effectively rejected by the public, grossing $4.6 million in 2011 and $3.3 million in 2012. But rather than drop out, they're looking to provoke the liberal wing's anger with a Kickstarter campaign.

Those producers include John Aglialoro, a millionaire from the Cybex workout empire and a recreational poker player; his co-producer Harmon Kaslow told the Hollywood Reporter that the third "Atlas Shrugged" film, "Who is John Galt?," has a $10 million budget and doesn't, strictly speaking, need $250,000:

“There is an incredible amount of vitriol out there and we have every intention of capitalizing on it this time around. The day we launch the Kickstarter campaign those haters are going to come alive. They’re going to come after us in droves, attacking us everywhere online. To them, we say, thank you."

The campaign seems pitched to provoke intentionally, acknowledging that altruistic giving was antithetical to Ayn Rand's philosophy but that "Ayn Rand had no problem with someone giving money to a cause they care about." And, indeed, the project seems to get right to the heart of libertarianism: people acting of their own volition to make the rich richer.