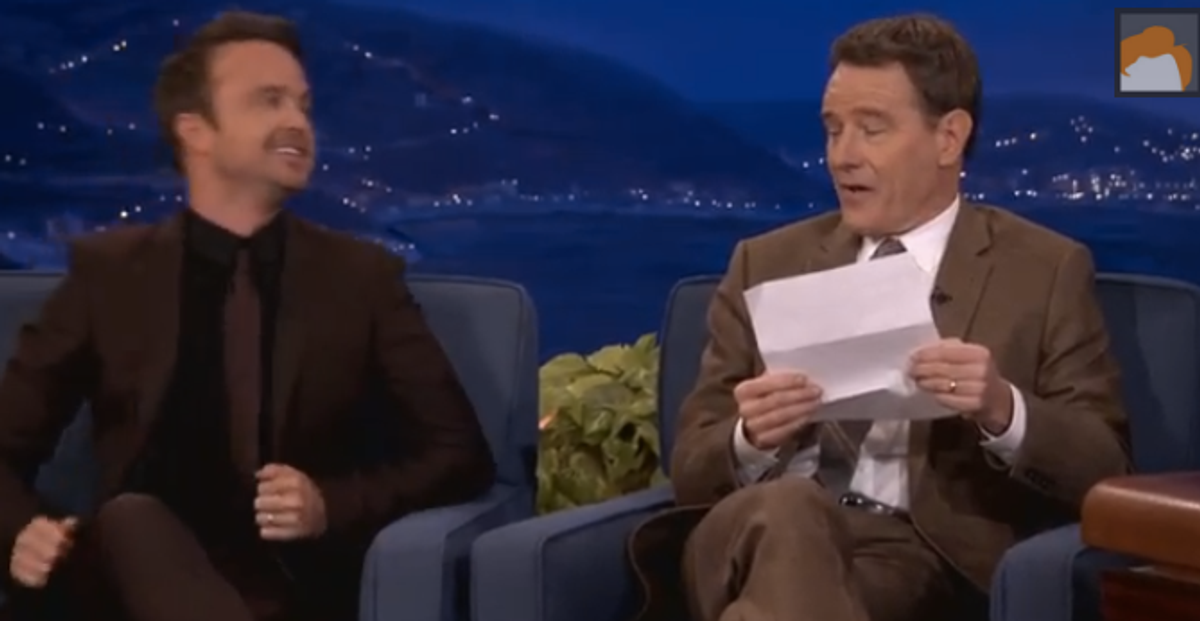 A good way to make sure a celebrity reads your letter? Begin it like this: "Let me preface this by saying...I have never been diagnosed with any psychotic disorder."

Such was Bryan Cranston's introduction to one obsessed "Breaking Bad" fan who wrote to the actor after experiencing something all-too-relatable: "I am writing to you because I have been holed up in my apartment for two days and nights watching all seasons of your show. I am in love with it all. After I was done with all the episodes I watched some interviews."

The fan added: "And for you [Cranston] to be there watching."

What would Cranston be doing in this scenario, exactly? "I am not sure what your role would be, but I think I want you there," she wrote.