At least 46 have died in the massive quake 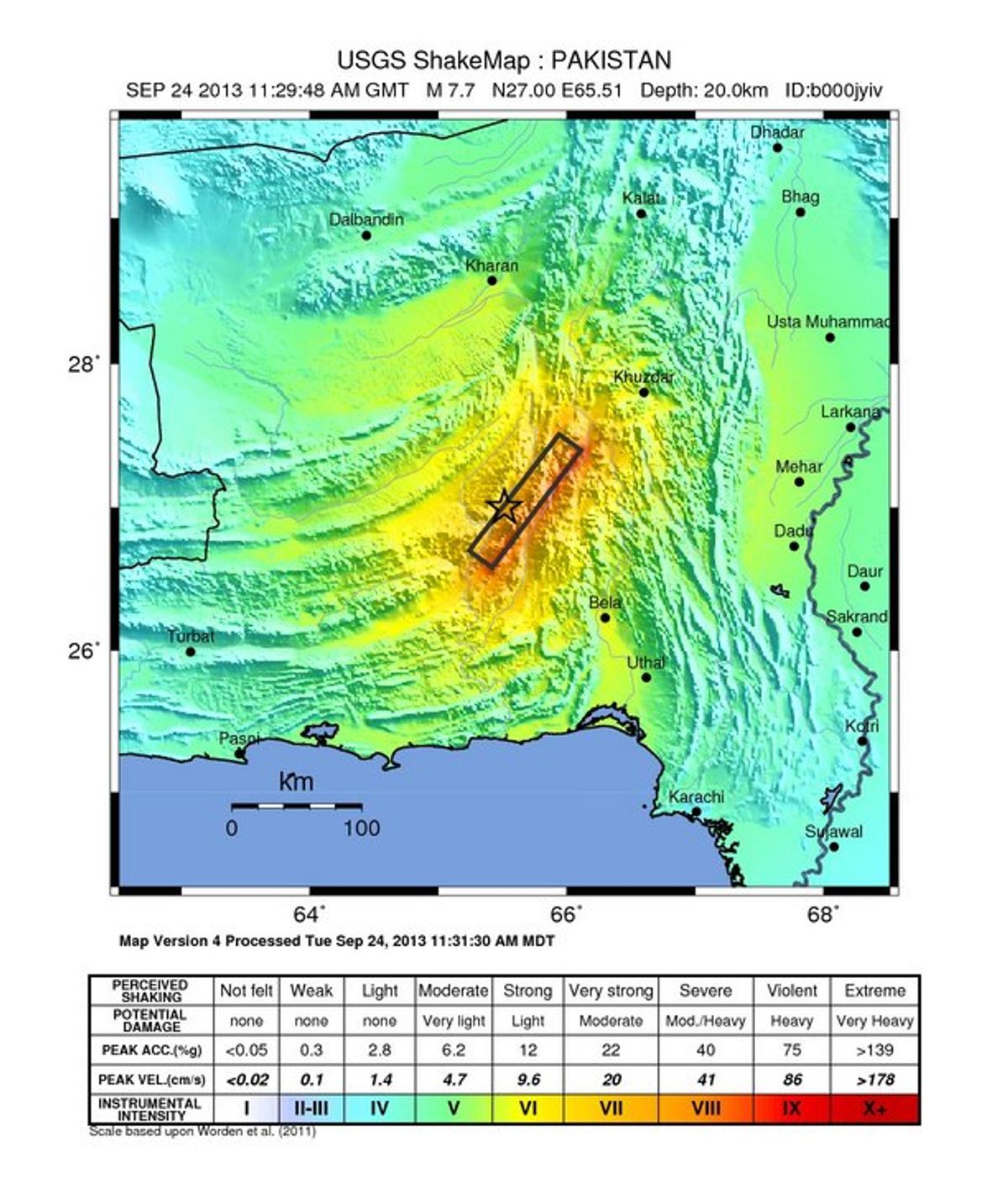 A 7.7-magnitute quake -- the high end of "major" on the Richter scale -- has killed at least 46 people in Pakistan and injured dozens of others. The tremors, which lasted for two minutes, caused mud houses in the Awaran district to collapse. Authorities fear more people may be trapped beneath the rubble.

Amid the destruction, an island 20 to 30 feet high and 100 feet in diameter emerged from the ocean, about a mile off the coast of Gwadar. "Television channels showed images of a stretch of rocky terrain rising above the sea level," reports Reuters, "with a crowd of bewildered people gathering on the shore to witness the rare phenomenon."

Considering the size of the quake, a seismologist for the National Seismic Monitoring Center said the island's appearance is "not surprising." It is, nonetheless, pretty incredible.