The scientist was one of the first to address water pollution 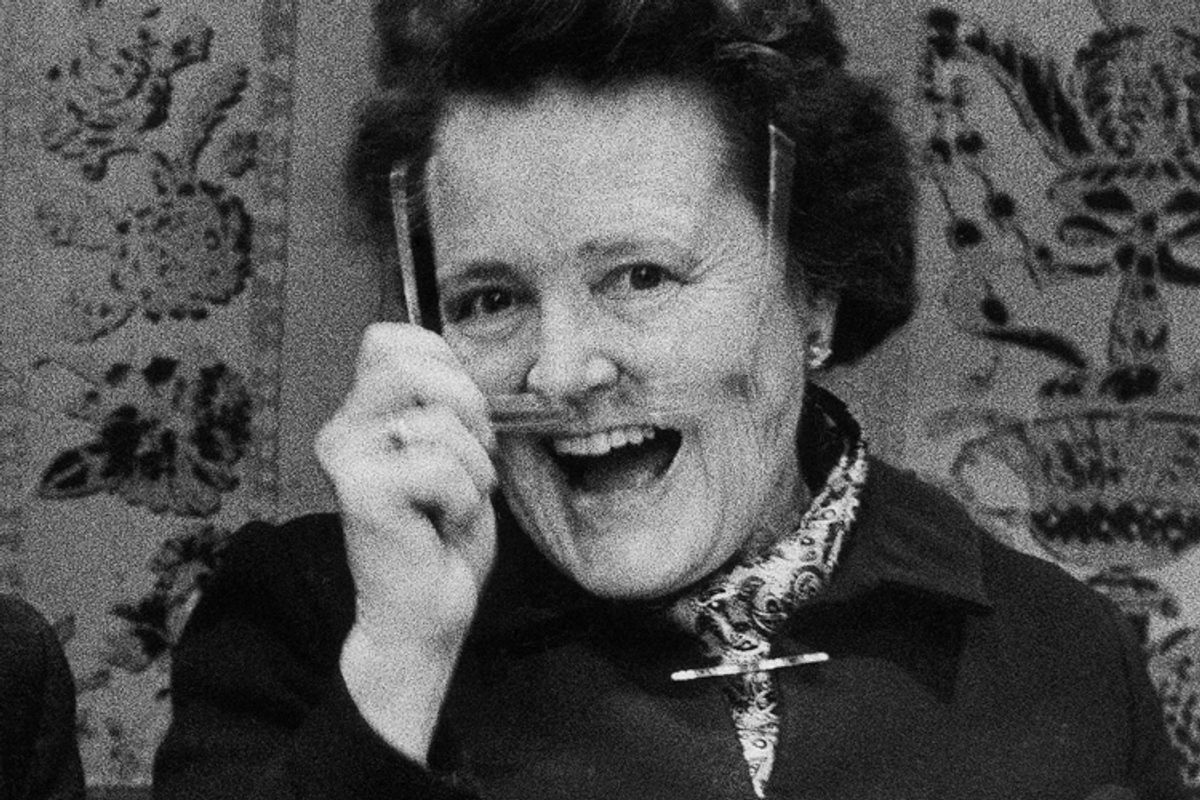 In this Feb. 7, 1975 file photo, Ruth Patrick, a pioneer in the study of water pollution, talks about her selection as this year's winner of the John and Alice Tyler Ecology Prize in Beverly Hills, Calif. Patrick, a scientist whose research on freshwater ecosystems led to groundbreaking ways to measure pollution in rivers and streams, has died Monday, Sept. 23, 2013, according to the Academy of Natural Sciences at Drexel University in Philadelphia. She was 105. (AP/George Brich)
--

Ruth Patrick, a scientist whose groundbreaking research on freshwater ecosystems paved the way to modern water pollution control, died yesterday at the age of 105.

Her age underscores both the incredible amount of time she spent contributing to environmental research and the difficulties she faced, as a woman, starting out. Of the 70 years Patrick spent associated with the Academy of Natural Sciences at Drexel University, her first eight were unpaid.

Patrick's New York Times obit describes the enormous impact her work has had:

Dr. Patrick built her career around research on thousands of species of single-cell algae called diatoms, which float at the bottom of the food chain. She showed that measuring the kinds and numbers of diatoms revealed the type and extent of pollution in a body of water. Her method of measurement has been used around the world to help determine water quality.

Dr. Patrick’s studies led to the insight that the number and kinds of species in a body of water — its biological diversity — reflected environmental stresses. That idea became known as the Patrick Principle, a term coined by the conservation biologist Thomas Lovejoy. In an interview, Dr. Lovejoy, of the H. John Heinz III Center for Science, Economics and the Environment in Washington, said the principle can be applied to bigger settings, like an entire ecosystem, and lies at the heart of environmental science.

In addition to having a principle (and a center for scientific research) named after her, Patrick invented the diatometer, wrote more than 200 scientific articles and a number of books, worked as an adviser to Presidents Lyndon B. Johnson and Ronald Reagan, won the $150,000 John and Alice Tyler Ecology Award for scientific achievement and amassed 25 honorary degrees. In 1996, President Clinton awarded her the National Medal of Science. She had retired by the time of her death.