The deer never stood a chance 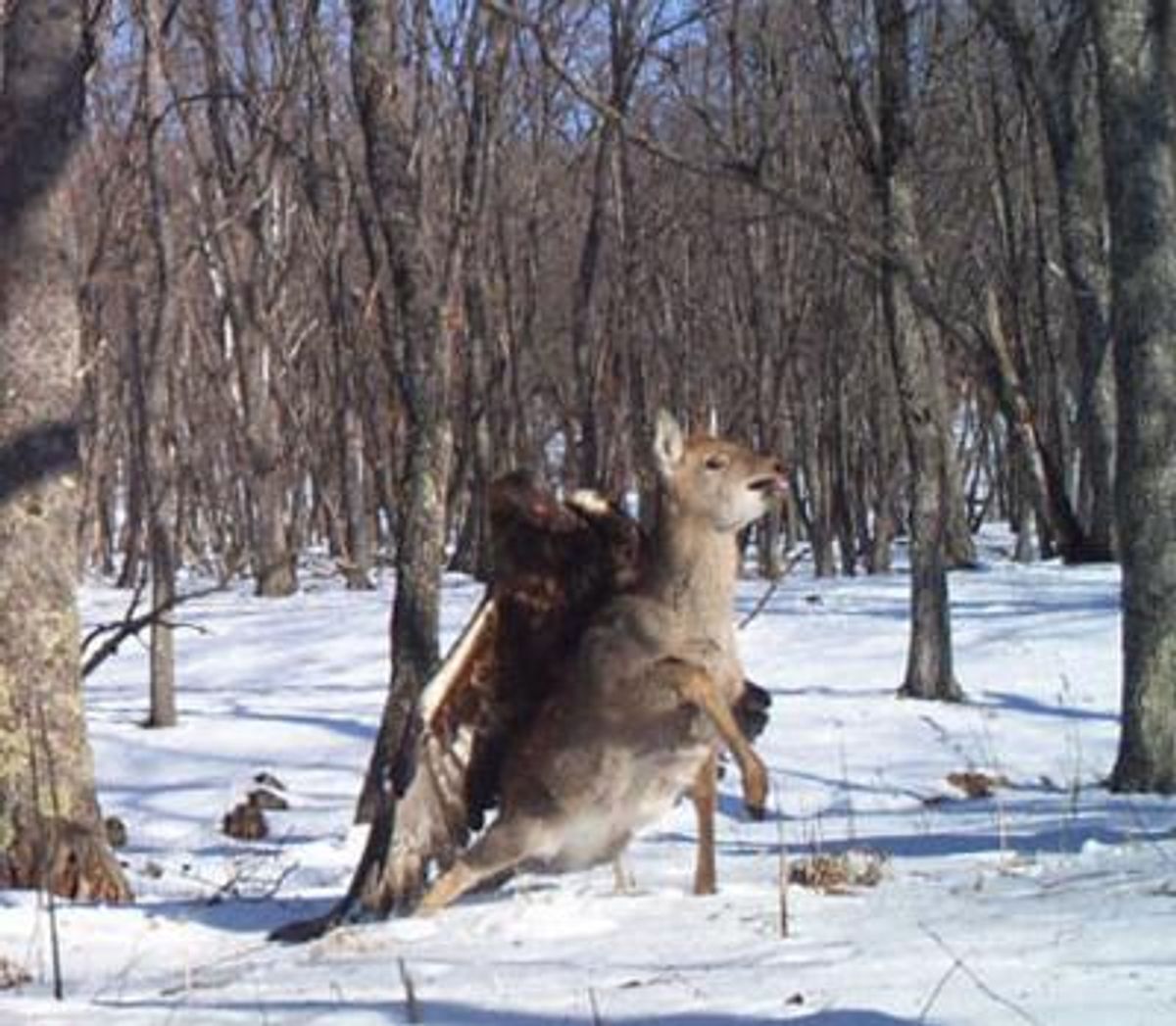 In her 18 years of investigating deer deaths in Russia, Linda Kerley says she's never seen anything quite like this.

Dr. Kerley, of the Zoological Society of London, came across the carcass of a young sika deer in the Russian Far East. Strangely, the snow didn't reveal any predator footprints. Instead, "it looked like the deer had been running and then stopped and died," she said.

But a camera, part of a series set up to monitor the region's tiger population, filled in the blanks: The predator was coming from above. A series of three photos covering a two-second period reveal a golden eagle swooping down, latching onto the deer's back and wrestling it to the death.

Kerley was "really lucky" to capture this "very rare, opportunistic predation event," said Jonathan Slaght, of the Wildlife Conservation Society. Seizing on the opportunity, the two co-authored a paper detailing the attack in the Journal of Raptor Research.

Golden eagles aren't usually a major threat to deer, said Slaght, but they're definitely bold: "The scientific literature is full of references to golden eagle attacks on different animals from around the world, from things as small as rabbits -- their regular prey -- to coyote and deer, and even one record in 2004 of an eagle taking a brown bear cub."

Click through the photos rapidly to get the full effect: