The real boy crisis: 5 ways America tells boys not to be "girly"

Mocking boys for doing "feminine" things leaves them ill-equipped for life, and makes America a worse place for all 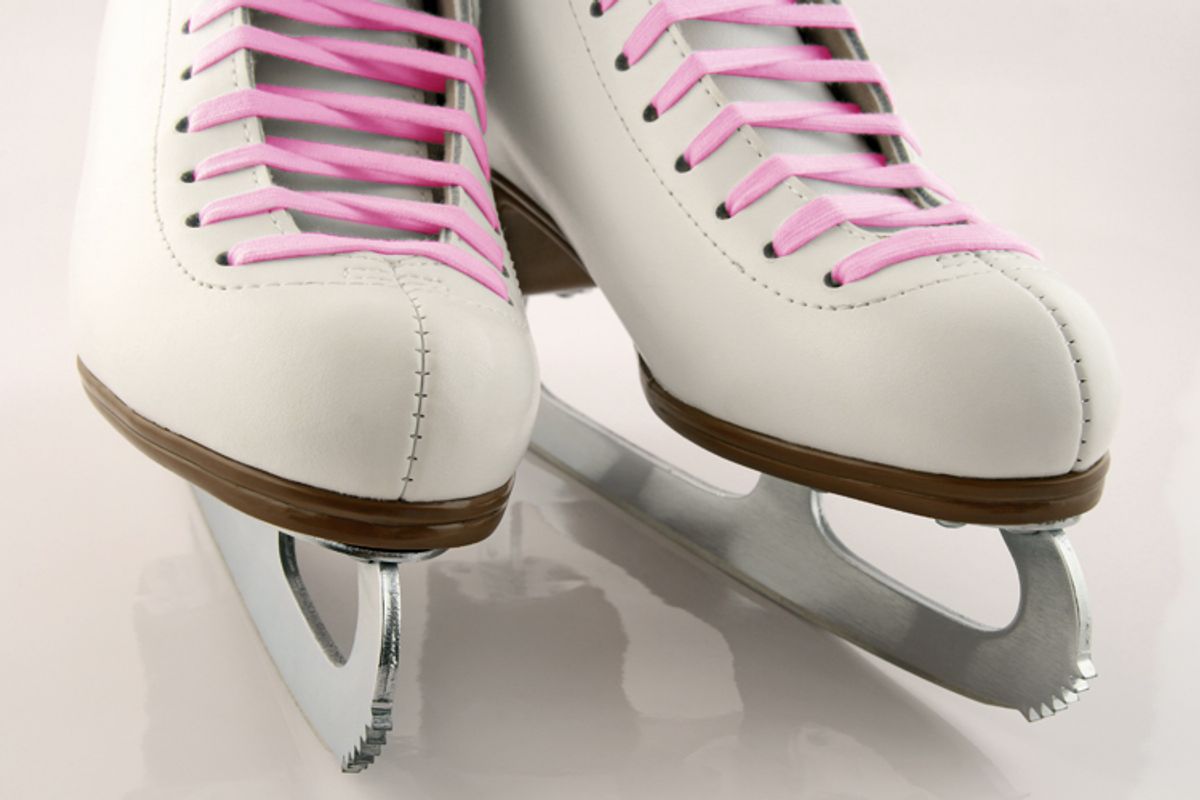 The ability to feel what others feel has many well-documented benefits, including, for empathetic people, greater psychological and physical health. The real and socially significant positive impact of empathy, however, is the ways in which it affects behavior toward others. People who are empathetic are less aggressive and prone to denigrate others; they are predisposed to act with care and compassion; they have increased egalitarian beliefs and act with less prejudice and stereotype-based hatred. Empathetic behaviors, however, are associated with being female. And weak.

The stereotypes that plague our lives teach that the characteristics of empathetic understanding are feminine: listening, sensitivity, quiet consideration and gentleness.  Empathy is feminized and boys learn quickly that what is feminized is, in a man, the source of disgust. While parents, teachers, coaches, grandparents and others whose ideas shape children aren’t sitting around telling boys, “Don’t be empathetic!” they are saying, in daily micro-aggressive ways, “Don’t be like girls!”  The process of “becoming a man” still often means rejecting almost any activity or preference that smacks of cross-gender expression or sympathy.

Expression and empathy are closely related for children. When boys are taught that they can’t “be like girls” it has the threefold effect. First, it alienates them from core aspects of themselves. Second, it portrays what is feminine as undesirable and inferior. Third, it forces boys into a “man box” from which emotions and empathy are excluded.  An upcoming documentary, "The Mask You Live In," carefully examines, from the perspective of boys and men, what this feels like and means in their lives.

While more and more parents are openly grappling with how to handle “non-conventional” gender behavior in children, many others won’t even consider the behavior as remotely acceptable.  The policing of boys’ gender expression doesn’t require parents who yell, “Stop crying, you sound like a girl!” or homophobic classmates hurling some variation of “Don’t be so gay!” (which is, sadly, still a serious problem). A whole range or rules, traditions, daily interactions and media content come together to narrow boys’ options and, ultimately, abilities. Consider these five everyday ways that boys are taught first not to look like girls, not to be like girls, not to do “girly” things, and then, ultimately, to lose the ability to feel compassion.

1. Clothing.  That we color-code kids needs no explanation. Without getting into the details of how fearful communities can be when it comes to gender-fluid children and their free self-expression, in general, boys and girls are taught to dress according to binary gender-types and stereotypes. We seem nationally fixated on making sure that boys and girls not only “know” “what they are,” but communicate it clearly to others. This is especially true for boys.  We no longer think twice about girls who wear pants, but when women first started doing so, it was shocking and revolutionary. It meant, for example, that they could ride bicycles and be independent. Only this past spring was a 200-year-old law banning women from wearing trousers revoked in Paris.

But many girls now have the flexibility to be creative with their clothes, to use more colors, to dress with flair and generally enjoy a broader range of options when it comes to appearance than boys do. There are downsides, of course, because accessorizing in these ways is actually part of a bigger problem, namely, your entire gender being treated as an accessory itself.  On the other hand, boys are far more strictly confined in their choices. Boys wearing skirts as a matter of daily habit, in the United States, is as shocking an idea as trousers for women were at the turn of the last century.  Those who challenge limits are regularly mocked, bullied and penalized by peers and adults, especially when it comes to school dress codes.  While most schools make provisions for girls to wear pants, very few include skirt options for boys who might want to wear them, for whatever reason.  For example, Warren Evans, a student in Maryland, was suspended for wearing a skirt.  For some people the simple idea of a boy wanting to wear a skirt, ever, is bizarre.

2. Hair. Only the most confident of boys, with a supportive family, can sport lengthy locks. Razzing and teasing often ensues.  As one mother of a mop-headed boy put it, people considered it a form of “middle-class abuse” to allow her son to grow his hair. After, say, a “sissy” comment from a grandfather, or taunts from playground bullies, adults at schools often get involved.  It’s easy to find news of boys suspended and expelled for growing their hair, even if they're growing it to donate to cancer patients.  What are children supposed to take away from these experiences? That boys should never look “like girls”? That they cannot express themselves freely? Or care for others? That all these things are punishable offenses?

3. Products. What do we do with girly things? When adult men mock one another by denigrating little girls, boys learn to do the same thing.  Take men’s professional sports where pink locker rooms are designed to demoralize opponents and girls’ backpacks are used to humiliate rookies. Or comedy: I have to believe that Will Ferrell is a smart and funny enough man to make a 90-minute movie without mocking little girls (in a non-satirical way) for a profit, but so far, no banana.  At best, these are lazy actions. At worst, they are shallow validations of masculinity at the expense of girls and women. Girls (like the Star Wars lunch box girl) and boys (My Princess Son) regularly encounter children who, even in preschool, are gender rule enforcers. Some of them have parents who stand up for them, write books, build communities and launch social movements. But what about all the others whose parents don’t?

4. Sports. Ballet? Synchronized swimming? Figure skating?  These sports are dominated by girls and women not for physical reasons but for cultural ones. Girls can play sports like these, or others that have traditionally been thought of as boys’ sports (though they may be excluded from some sports, or taken less seriously as athletes than their male peers). Boys are frequently barred from sports seen as for girls. As a matter of act, the most “boyish” are often encouraged to play … football. This a game where boys, despite what we’re learning about brain injuries, have until recently been uniformly taught to "play through the pain" (which is another way to say ignore your feelings and emotions), where coaches regularly insult boys with sex-based pejoratives and where girls quite literally can almost only be, with a few exceptions, supportive and on the margins.

5. Stories. Girls regularly immerse themselves in stories with male protagonists and identify with male heroes, boys and men.  But boys aren't encouraged to identify with female protagonists or to idolize women as heroes to anywhere near the same degree.  Fifty-seven percent of children’s books published each year have male protagonists, versus 31 percent female. If the books feature animals, 100 percent of them have male characters and only 33 percent have female characters, often cast as mothers or romantic interests. The average number of books featuring male characters in the title of the book is 36.5 percent versus 17.5 percent for female. Statistics about television and movies are the same, where fewer than one out of three (28 percent) of the speaking characters (both real and animated) are female. It’s not only a quantitative imbalance, but also a qualitative one in which girls and women are misrepresented.  Immediately after girls watch television, their self-esteem drops. (This is true of all children except young white boys.)

This all happens way before boys' sexuality becomes an issue and when boys are subjected to pervasive messages telling them to objectify girls, be sexually promiscuous and boast about it.  No wonder some men are able to go through life never once considering what it’s like to be a woman or why it matters.

Rigid gender rules and polarized sex-segregated ideas about everything from preschool playgroups to workplace dynamics come at great cost to everyone. And when parents, teachers, coaches, religious leaders and pop culture all insist on the importance of an exaggerated and binary gender dichotomy it is hard to see how children can resist. It’s not as though Julia Serano’s "Whipping Girl" has made it to many mainstream lists of parental how-to books.

And restrictive boy codes turn into restrictive man codes. Forcing boys to reject all "feminine" aspects of themselves means not teaching them to be fully human. It reduces their ability to be flexible, adaptable and nimble when encountering new situations. It reduces their opportunities for happiness.

Empathy is essential to changing this. Boys with sisters in households where gender roles are stereotypical are far more likely to grow up to be conservative men with a similar reliance on stereotypes. They end up, often, as benevolent sexists out of sync with the reality of women’s lives, but, worse, actively involved in making sure they are not successful in the workplace.  One of the things that challenges their beliefs as adults, interestingly, is having daughters, something researchers call a “warming effect.”

People who claim to have egalitarian ideals while wringing their hands about a boy crisis in education are all the while advocating the exact course of action that limits boys in the first place: a greater emphasis on sex segregation and debunked, essentialist ideas about brains, gender and roles in life.  The boy crisis we should be focusing on is how “boys will be boys” ideas and sexist media leave boys ill-equipped to function in diverse societies.  School aren’t emasculating boys, American masculinity is dehumanizing them.