Arctic warming may be messing with the entire weather system 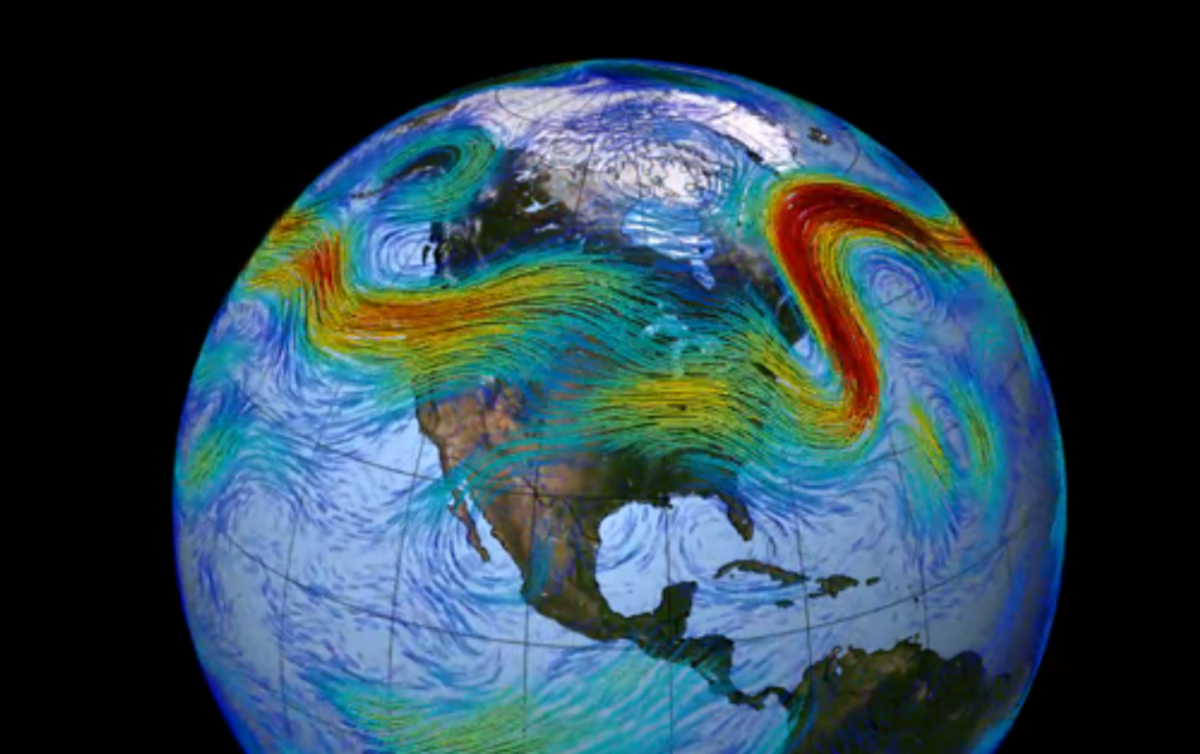 The polar jet stream -- a ribbon of powerful air currents that carries weather systems across the northern hemisphere -- has been unusually distorted this year, scientists told NPR. And its wavier-than-usual movements may help account for the record-setting rainfall in Colorado, Alaska's heat wave, and other extreme weather.

The rapid warming of the Arctic is likely behind the stream's deviations, said Jennifer Francis, a research scientist at the Institute of Marine & Coastal Sciences at Rutgers University:

"It could be drought. It could be heat waves. It could be flooding due to prolonged rainfall," she says. "All of those kinds of patterns should be becoming more likely."

This NASA video shows how the jet stream is supposed to work. Texas state climatologist John Nielsen-Gammon says that this year, it's been making more dramatic swings north and south, and has split in two, creating strange temperature patterns: