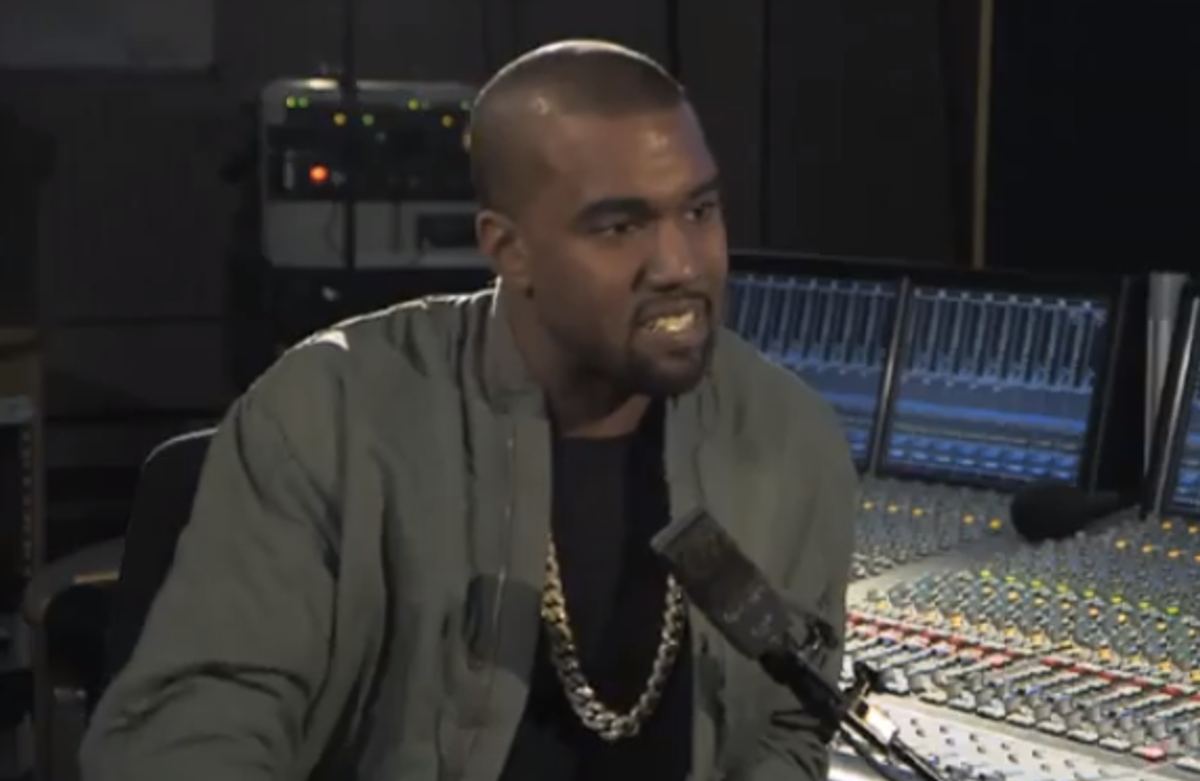 BBC Radio 1 has released the first two parts of a four-part interview with the God of Music and adult toddler Kanye West. As all things The Yeezus, the interview is a spectacle to behold.

West described West (third person, of course) as the biggest rock star on the planet. He also compared himself to a character in "Wreck-It Ralph," and said that fashion is part of his DNA. “It’s in my code. Have y’all ever seen Wreck-It Ralph? You remember how that girl in there … the glitch. You’re tellin’ me people don’t look at Kanye West like the glitch. Right now. And she was on the side of the video game, the whole time! It’s in my code. It’s in my code."

Jimmy Kimmel decided to bring the conversation down to its appropriate level, hiring two children to play West and interviewer Zane Lowe and read exact dialogue:

Watch the two interviews with West, below:

BBC 1 will release the remaining two parts on Wednesday and Thursday.