It's the Opium Wars all over again. Special treatment for foreigners in a Shanghai exclusionary zone 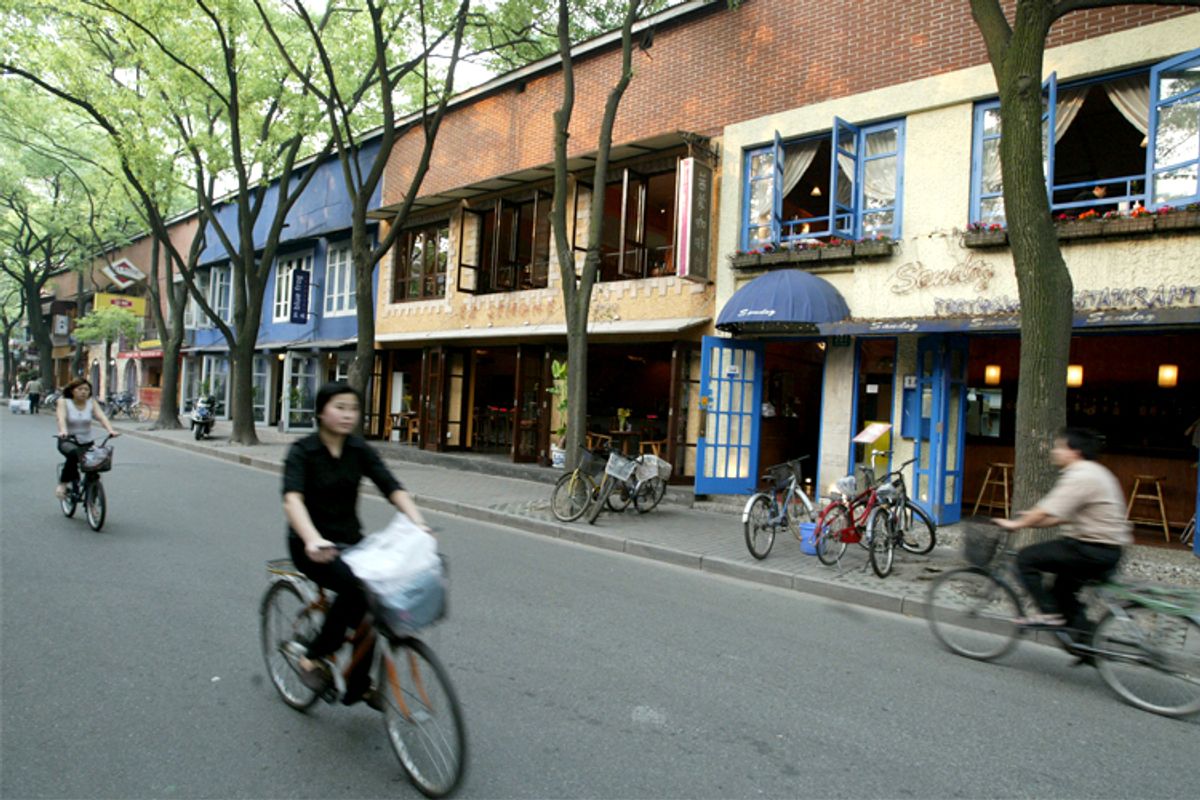 The French Concession neighborhood of Shangai, in 2003 (Reuters/Reuters Photographer)
--

Citing unnamed government sources, the South China Morning Post reported on Tuesday that China will lift a ban on "foreign websites considered politically sensitive by the Chinese government, including Facebook, Twitter and [the] newspaper website The New York Times." The end of the ban, however, only applies to a newly defined Shanghai "Free Trade Zone."

“In order to welcome foreign companies to invest and to let foreigners live and work happily in the free-trade zone, we must think about how we can make them feel like at home. If they can’t get onto Facebook or read The New York Times, they may naturally wonder how special the free-trade zone is compared with the rest of China,” said one of the government sources who declined to be named due to the highly political sensitive nature of the matter.

In the L.A. Times, Jessica Guynn speculates that the beachhead in China could be one explanation for why shares in Facebook stock have surged above the IPO price of $38. "Now they are flirting with $50 after another in a wave of buy recommendations from analysts and a report that the company may finally have gotten its foot in the door in China."

But in Wired, Ryan Tate scoffs at the notion that a tiny slice of the Chinese Internet market in Shanghai will inevitably lead to Facebook domination of the mighty Middle Kingdom. A playground for foreigners in the Pudong neighborhood of Shanghai will hardly give Facebook a leg up with indigenous Chinese competitors nationwide, argues Tate.

As someone who had no trouble connecting to Facebook from a luxury hotel in Pudong two years ago, I think Wall Street is too excitable and Wired is too pessimistic. But what I'm truly amazed at is that more people aren't marveling in horror at the perverse symbolism at work here.

Shanghai is one of the original five treaty ports forced on China after the end of the first Opium War. In the annals of colonialist outrages, it really doesn't get better than invading a sovereign nation in order to protect your right to sell as many addictive narcotics without restriction. The famous "International Settlement" in Shanghai gave foreigners all kinds of special rights in their "concessions," effectively reducing the Chinese to the status of second-class citizens in their own country.

So now the Chinese government, if the South China Morning Post is to be believed, is constructing a new International Settlement. Except this time, instead of giving foreigners their own independent legal system, and the freedom to sell as much opium as they want, it is granting them the right to read the New York Times and post status updates on Facebook.

I'm not going to make a judgment on whether readers should buy Facebook stock based on this news -- or, for that matter, whether Facebook updates will prove as addictive as opium in the larger Chinese population --  but for anyone familiar with history, the whole saga is what we call a farce with Chinese characteristics.