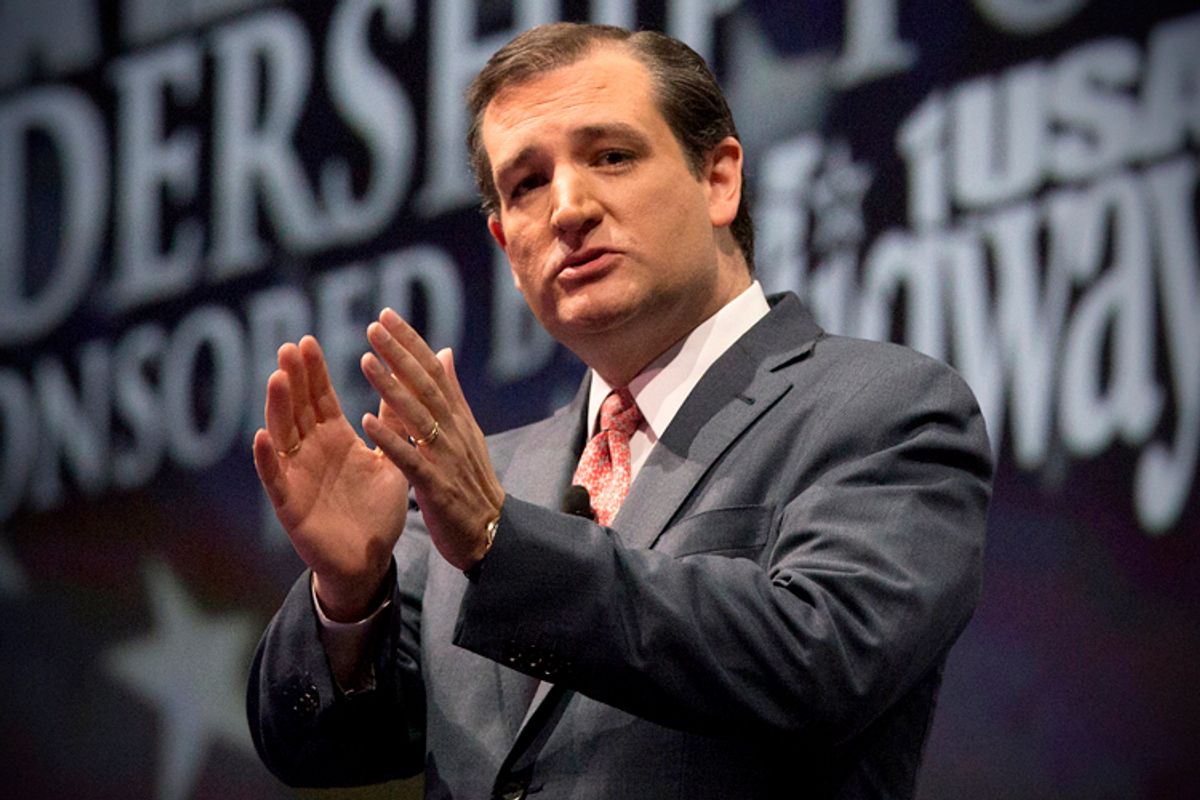 According to a report in the New York Times, the Long Island Republican Congressman, who previously told his Republican colleague to "keep quiet," had some further harsh words for the Texas Senator, calling him a "fraud" and a practitioner of "governmental terrorism."

At heart, the disagreement between the two Republicans is not over ends but means. Both wish to see Obamacare repealed, but King argues the only reasonable pathway to that goal is through the ballot box. "I believe in democracy, and I don't mean that in a Fourth of July way," King told the Times. Cruz, on the other hand, has engaged in what many consider a quixotic campaign to leverage the threat of a government shutdown in order to force Senate Democrats and President Obama to defund the controversial health care bill.

About two-thirds of the Republicans in the House of Representatives agree with him, Mr. King asserted: “A lot of them are intimidated by the Ted Cruz wing. There were robocalls and efforts in districts throughout the country during August against Republicans, telling them why they had to support defunding Obamacare.

“What do you accomplish? You build up this mailing list for Cruz, and a fund-raising list. And you also are going to generate primaries against people who I would consider to be good Republicans, pretty solid conservative Republicans.”