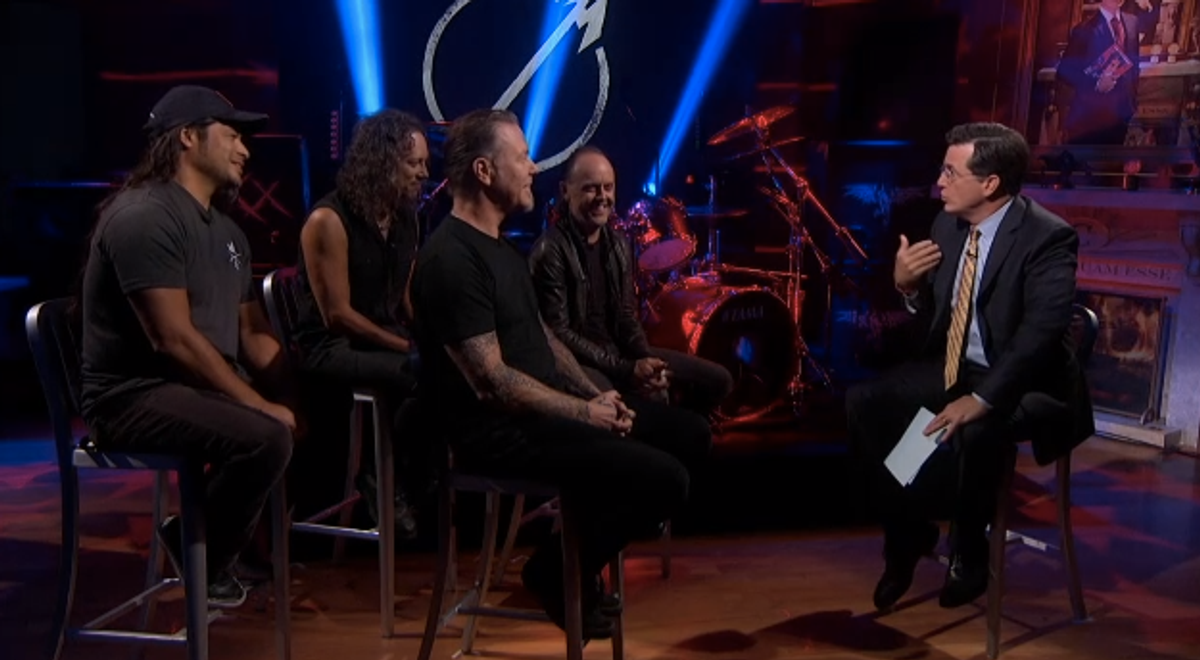 Nine-time Grammy Award-winning rock band Metallica, on a promo tour for its upcoming 3D movie, "Metallica: Through The Never," made a rare television show appearance on "The Colbert Report" Tuesday night to discuss the action-adventure/concert film.

"Now, what does that mean? What is 'Through the Never?'" asked Colbert. "Why not, 'Next to the Always,' or 'Under the Sometimes?'" he joked. (In Russia, it's called "Through the Impossible"). The band members didn't clarify for Colbert, but band co-founder and drummer Lars Ulrich told the San Jose Mercury News that the film was hard to describe: "I would describe [the film] as an experience and sort of another step in the experiences that we offer -- not just to the fans but actually ourselves."

"Are you actually angry when you rock?" asked Colbert, who described their eighth studio album "St. Anger" as his "patron saint."

Metallica then performed "For Whom the Bell Tolls," off their second album, "Ride the Lightning":

"Metallica: Through The Never" opens in IMAX theaters Sept. 27.