There's been a dramatic rise in attacks on Africa's endangered species 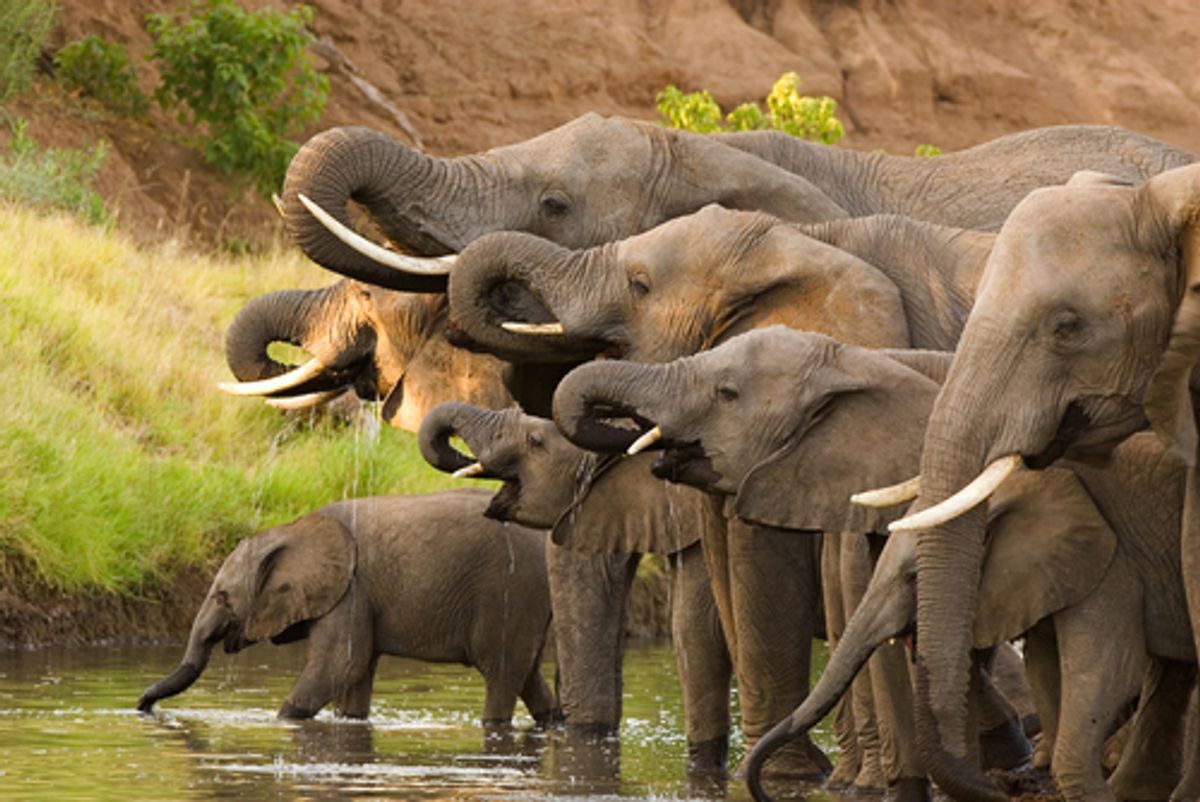 In a particularly cruel attack on Zimbabwe's protected elephant population, ivory poachers took down large numbers at once by pouring cyanide into their watering holes. Over 80 elephants have succumbed so far to the poisoning, a minister said Wednesday.

The poachers waited until security forces were distracted by a general election before sneaking into the Hwange national park in Southern Africa, where one of the world's largest elephant herds, about 50,000 strong, roams. And in what authorities call "huge spiral effects," the industrial cyanide, which is used in gold mining, also killed smaller animals that drank from the watering holes, and then the vultures and other predators who fed on the poisoned animals.

Rhinos, too, have been increasingly targeted: nearly 700 have been killed so far this year in South Africa, making 2013 a record-setting year for poachers. Demand for their horns comes mainly from Vietnam, where they're seen as a status symbol similar to a two-car garage and sell for the price of gold.

"We are declaring war on the poachers," Zimbabwe's environment minister Saviour Kasukuwere told Reuters. Rangers arrested nine alleged poachers after tracking them to a cache of ivory; Kasukuwere, who was only appointed to the environment ministry last week, vowed to push for harsh penalties.

The United States is joining in the crusade as well. Next month, as part of a "broader effort by the administration...elevate trafficking from narrow conservation interest to urgent national security concern," the White House plans to destroy its 6 million ton supply of seized ivory.