"I never tried to cover these things up," Benedict wrote 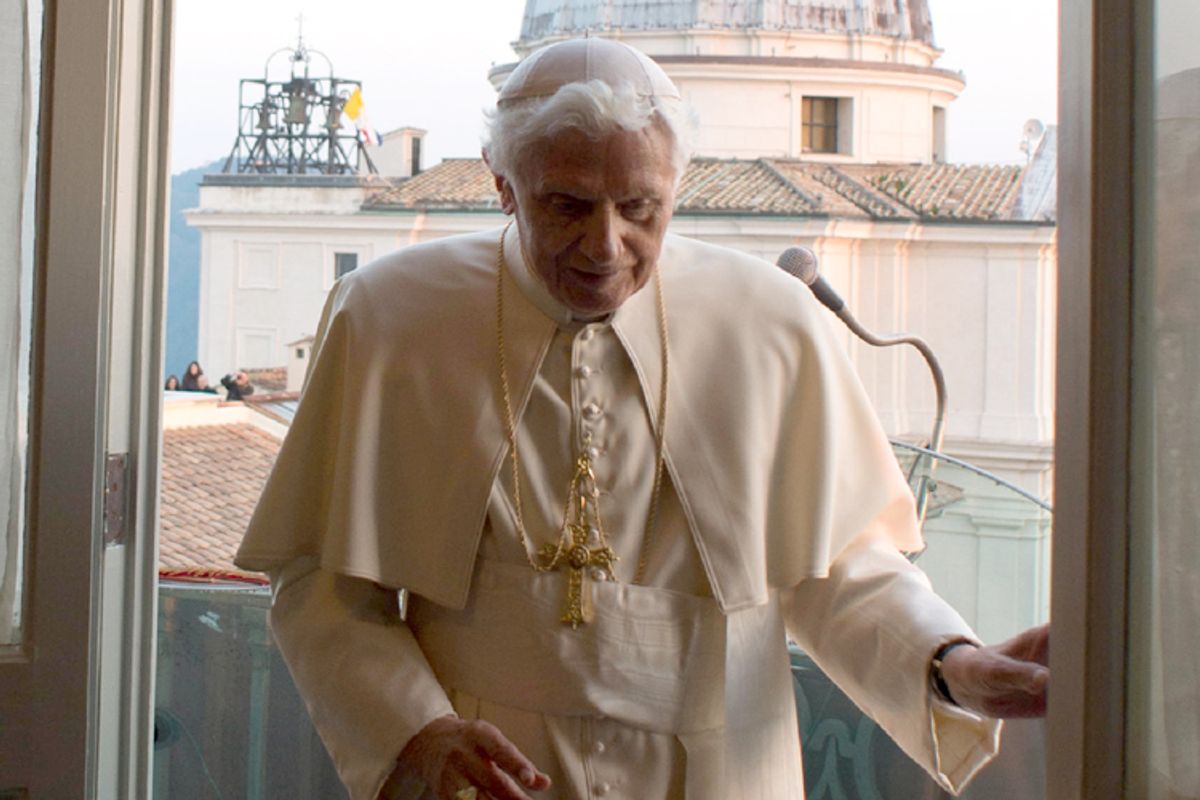 Pope Emeritus Benedict XVI has emerged from retirement to respond to criticism of his handling of sexual abuse within the Catholic Church.

In a newly-released letter, published in La Repubblica, Benedict defended his record against accusations that he covered up the abuse during his time as pope.

"I never tried to cover these things up," Benedict wrote. "That the power of evil has penetrated so far into the world of faith is a suffering we must bear."

Benedict also rejected the claim that abuse is rampant in the Catholic Church, arguing in his letter that "according to research by sociologists, the percentage of priests guilty of these crimes is no higher than those present in other similar professional fields." He went on to accuse his critics of trying to "present this deviation as if it were filth pertaining only to Catholicism."

As USA Today notes, the renewed dialogue with Benedict and his perceived lack of remorse for his failures to do more to stop stop sexual assault within the church has reignited outrage among survivors of sexual abuse and other advocates.

Jeff Anderson, a Minnesota attorney who has handled several abuse suits against the church, called the statements "alarming and disturbing."

The Survivors Network of those Abused by Priests also responded to the former pope's remarks, saying: "The opposite of 'covering up' is 'uncovering' or 'disclosing,'" the group said in a statement. "We cannot name one predatory bishop, priest, nun, brother or seminarian who was publicly exposed because of Benedict."