Stephen Colbert called "The Daily Show" host to gloat, but Jon Stewart had other intentions in mind 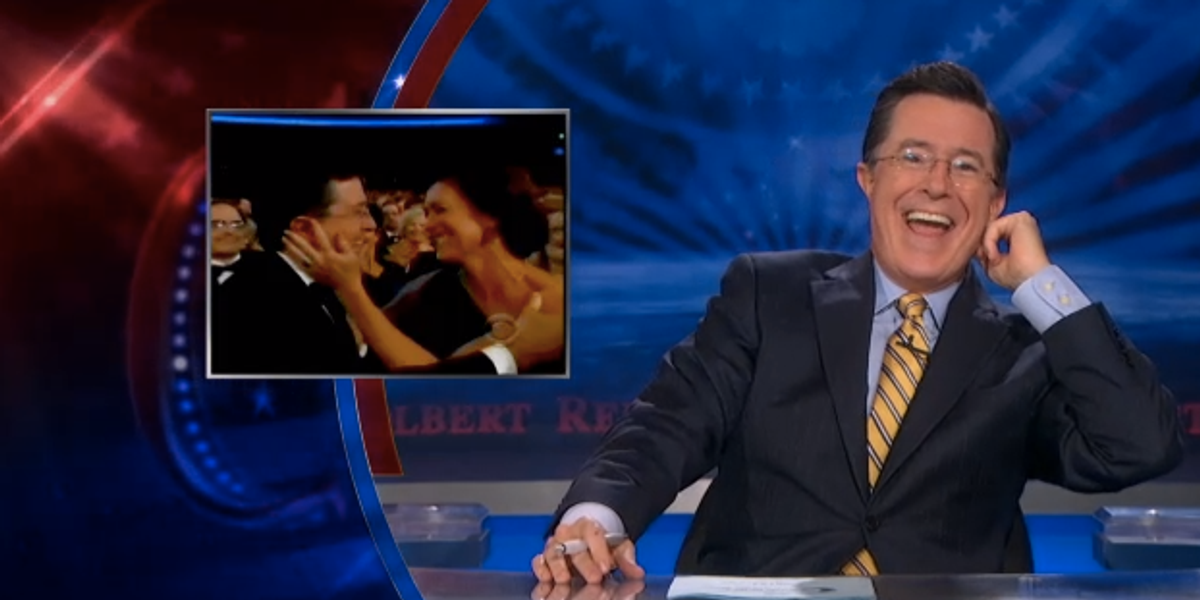 Celebrating a momentous victory at the Emmys, in which "The Colbert Report" which bucked "The Daily Show's" 10-year winning streak and "reign of terror," as Stephen Colbert put it, Colbert called Jon Stewart on a golden telephone to gloat.

But Stewart, who magically appeared on set, came to congratulate him instead. "I couldn't be happier," he said. "You guys are awesome. I just stopped by to congratulate you."

"Everyone at this show is genuinely just happy for you guys and couldn't be prouder to be around you guys."

Colbert, fighting back tears, pleaded, "Jon, why can't you just be upset? It is really important to me that I have crushed you."

Stewart hesitated, but then made the ultimate gesture of friendship: "Look, if my being upset about breaking the 10-year winning streak would make you happy...then I would do it."

"You would?" asked a doe-eyed Colbert.

"I would...but...I can't...because I'm an executive producer on your show so I'm gonna get a motherf--ing [award]!" Stewart yelled as he swooped up Colbert's Emmy Award.

And just like that, Jon Stewart maintains his streak.