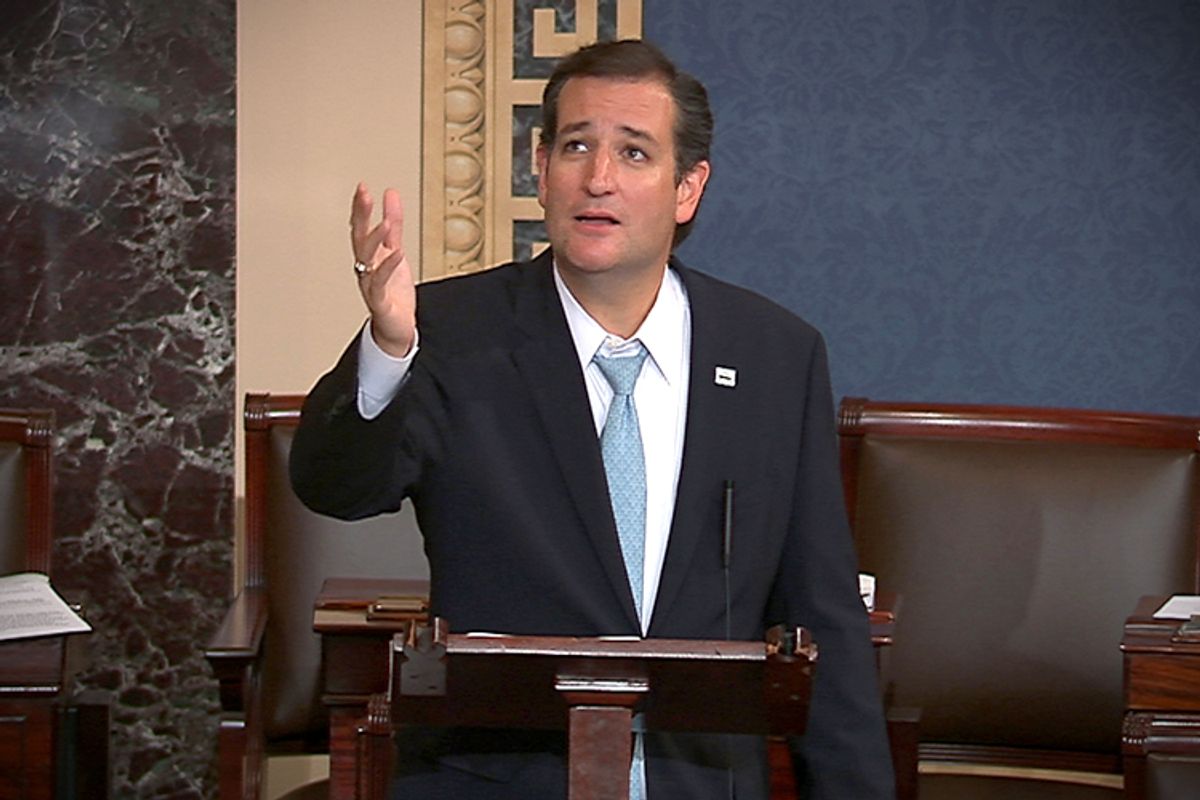 Texas Sen. Ted Cruz's epic, rambling and occasionally incoherent speech on the Senate floor may have ended, but the memories will last a lifetime. During the more than 20 hours he spent talking (not filibustering, but talking) Cruz touched on dozens of topics: hamburgers, the moon, Ashton Kutcher and more. Here are just seven of the stranger moments of this deeply strange performance, provided with as little context as possible.