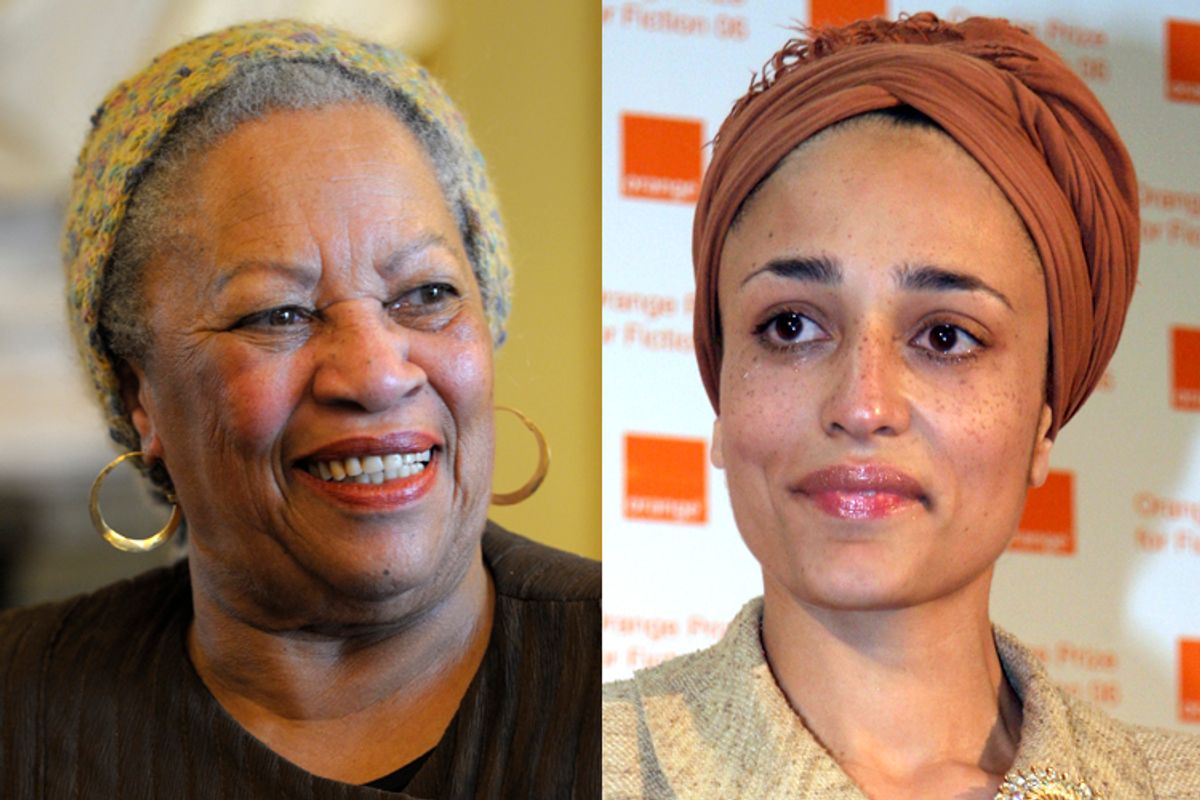 Canadian novelist and professor David Gilmour ran into some trouble when he told interviewer Emily Keeler, “I’m not interested in teaching books by women.” He went on to explain that he simply didn’t love women writers enough to teach them. The one woman writer who did meet with Gilmour’s approval, Virginia Woolf, was too sophisticated for his students. He preferred the prose of the manliest of men — Hemingway, Roth, Fitzgerald, Elmore Leonard, Chekhov. There’s an unforgettable bit about eating menstrual pads -- what would we do without Philip Roth?

It’s not nearly as silly as it is sad that Gilmour hasn’t allowed himself to love and respect contemporary women’s writing. It’s a shame he denies himself and his students the opportunity to appreciate a richer chronicling of the human experience than that provided by the most masculine (in his estimation) of prose writers.

Gilmour’s preferences, to which he is entitled, suggest that excellence is a singular proposition. They suggest that the measure of excellence remains gender, reinforcing the desperately dated notion of white heterosexual male literary superiority.

Conversations pointing out that he is sexist are rather pointless. The sky is also blue. Today David Gilmour is the whipping boy but he is one of many people, within the academy and beyond, who have rigid, sexist ideas about what best represents modern fiction. We shouldn’t indulge in the convenient notion that he is an outlier, or a lingering remnant of the old guard.

Gilmour’s comfort in expressing his preferences so confidently, and his wide-eyed surprise at the negative response to them, are indicative of the literary culture that has, for so long, held up a singular standard. We return to this problem over and over again. There is a direct line between a syllabus like the one Gilmour might use to teach modern fiction and the table of contents of many major magazines publishing today. All the counting we do and the calls for diversity are sincere attempts, however futile, to change this calcified culture. Gilmour isn’t the problem here. Rather, we need to continue to focus our attention on the systems that produced him and those who think like him — the system that failed Gilmour so completely that he seemingly cannot fathom loving a woman writer enough to teach her work. He doesn’t deserve our outrage. He demands our pity.

There can never be one ideal syllabus for teaching anything, let alone modern fiction, nor should there be. Modern literature is as vast and uncontainable as the human experience, and any collection of it will have omissions. What any syllabus covering something as indefinable as modern fiction should include is diversity of voice. It really can be that simple.

When I envision a course in modern fiction, I don’t have a specific time period or works in mind. Rather, I’m interested in stories that examine the human condition in the modern age, and in how they examine that condition.

If I were teaching such a course, I would ask students to read a selection of the books I’ve been thinking about lately — a list that is deliberately incomplete, and one that will be ever changing. The class would meet each week to discuss a theme like sexuality, the body, place and displacement, race, difference, violence, love and hate — and how and why modern writers approach these themes. At the end of the semester, I would ask students only one question. What does it mean to be human? Without offering them a diversity of voice, I cannot begin to imagine how they might answer that question.

Here's what they would read:

"A Fine Balance" by Rohinton Mistry

"Once Were Warriors" by Alan Duff

"Gone With the Wind" by Margaret Mitchell

"A Good Man is Hard to Find" by Flannery O’Connor

"Hope and Other Dangerous Pursuits" by Laila Lalami

"Break Any Woman Down" by Dana Johnson

"Self Help" by Lorrie Moore

"Bastard Out of Carolina" by Dorothy Allison

"The Best of Everything" by Rona Jaffe

"The Wife" by Meg Wolitzer

"The Lover" by Marguerite Duras

"A Thousand Acres" by Jane Smiley

"Odd Girl Out" by Ann Bannon

"Fall On Your Knees" by Ann MacDonald

"Possessing the Secret of Joy" by Alice Walker

"The Madonnas of Echo Park" by Brando Skyhorse

"Dreaming in Cuban" by Cristina Garcia

"The Amazing Adventures of Kavalier & Clay" by Michael Chabon

"How Should a Person Be" by Sheila Heti