The misinformation campaign looks hard for a scandal 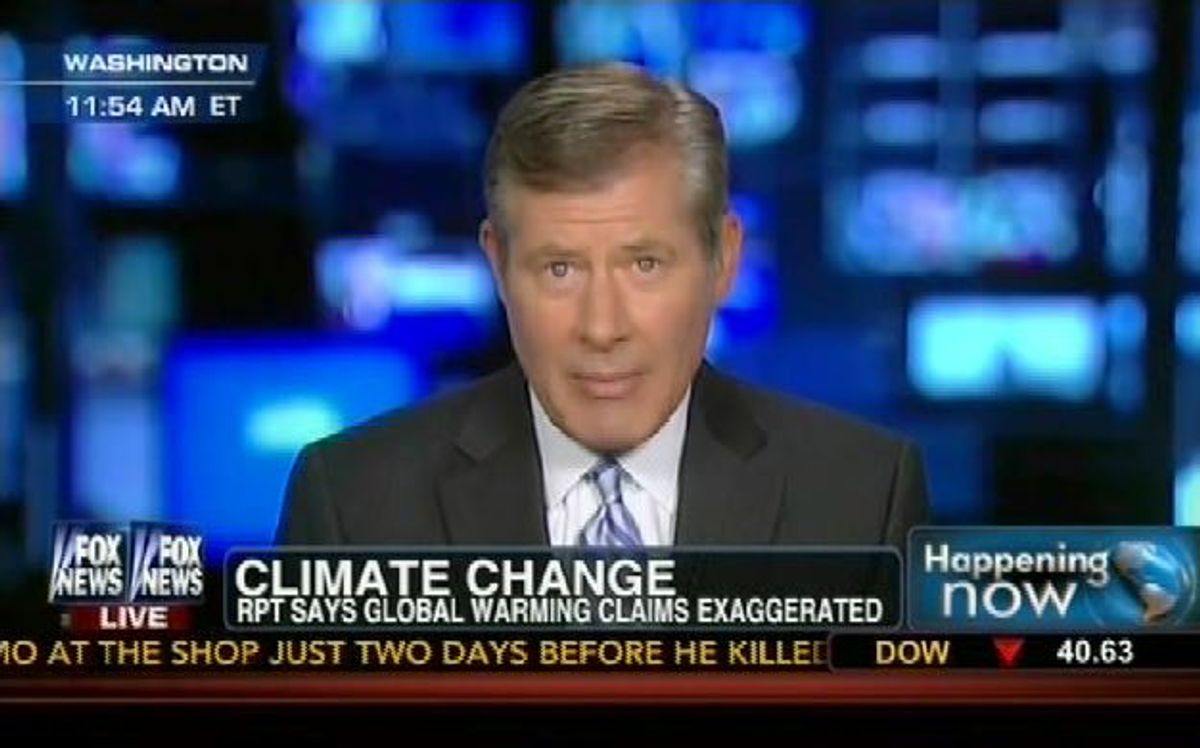 Tomorrow, the U.N. Intergovernmental Panel on Climate Change (IPCC) will release its fifth assessment report, the first since 2007. An early version of the report leaked more than a month ago, and the official version isn't expected to tell us anything new. If anything, its conclusions will be on the conservative side.

An aggregate of scientific findings, the report will likely reflect near-consensus on the following, as quoted in the Guardian: "Global surface temperatures have risen by almost a degree in the last century. Sea levels have risen, while snow and ice cover has dropped significantly. Coral reefs are being destroyed and weather patterns are becoming wilder and less predictable." For the first time, it will state that scientists are 95 percent certain that climate change is caused by human activity.

"In the lead-up to publication, fossil-fuel industry front groups and their paid advocates gear up to attack and malign the report," wrote climate scientist Michael Mann in an editorial for LiveScience this morning, "and to mislead and confuse the public about its sobering message." Here are five headlines that, in recent weeks, have gotten it very, very wrong:

1. "And now it's global COOLING! Record return of Arctic ice cap as it grows by 60% in a year"

The Daily Mail ran with this headline on Sept. 7, illustrating it with "proof" from NASA satellite images of the Arctic ice sheet. Fox News eagerly jumped in on the attack, but critics -- in Forbes, the Guardian and Discover Magazine, among others -- were quick to pick up on the major flaw in Mail reporter David Rose's logic: the apparent "recovery" only occurred because 2012's decline in Arctic sea ice shattered records.  This GIF from Skeptical Science explains how only looking at change over two years distorts the big picture:

2. "World's top climate scientists confess: Global warming is just HALF what we thought -- and computers got the effects of greenhouse gases wrong"

This second whopper from David Rose, published in the Daily Mail, got corrected after numerous experts pointed out that he was flat-out wrong. Before the correction was made, though, several publications repeated the claim, and Rush Limbaugh happily announced that "climate models have all been wrong" before reading the first several paragraphs of Rose's article on the air.

The "corrected" headline -- "Global warming is just QUARTER what we thought" -- isn't much better. At Slate, Phil Plait addresses the bigger flaw in Rose's assertions, explaining that although the increase in warming appears to have flattened, the extra heat is just being absorbed by deep ocean water. Again, Skeptical Science illustrates the concept best:

Fox News slapped this headline on an AP story about the IPCC in a complete misinterpretation of what the article actually said. The Daily Mail picked up on the "scoop" as well ("World's top climate scientists told to 'cover up' the fact that the Earth's temperature hasn't risen for the last 15 years"), and was then parroted by the Daily Caller ("US and Europe tried to cover up data showing lack of global warming").

The truth is nowhere near the scandal it was made out to be. The leaked comments, according to Media Matters, didn't contain any information that hadn't already been discussed publicly by IPCC members. All the emails show is that they were discussing how to deal with that familiar tactic used by climate deniers: pointing to a recent decline in warming to "disprove" climate science instead of acknowledging the realities addressed above.

Fox News was right about one thing: A report had claimed that global warming claims were exaggerated:

But that report wasn't the IPCC assessment -- it came from the NIPCC, or Nongovernmental International Panel on Climate Change, which concluded that climate change will likely be "modest and cause no net harm."

The NIPCC's name may make it sound as legit as the IPCC, but while the latter is put together by a U.N.-convened panel of the world's top climate scientists, the former is a joint effort from three fossil-fuel-backed groups, including the Heartland Institute. Kevin Trenberth, of the National Center for Atmospheric Research, told Media Matters:

The NIPCC has no standing whatsoever.  It is not a reviewed document, it is not open for review at any point and it contains demonstrable garbage and falsehoods.  In contrast the IPCC process is rigorous, open and there are 2 major reviews.  This is irresponsible journalism.

5. "Dialing Back the Alarm on Climate Change: A forthcoming report points lowers estimates on global warming"

Matt Ridley, no stranger to climate denial, tied his most recent assertion that global warming isn't so bad -- and might even be a good thing! -- to IPCC leaks in an essay for the Wall Street Journal.

Dr. John Abraham, an expert reviewer on the IPCC report, penned a thorough response for DeSmogBlog, for which he repeatedly draws on his creds as a "real scientist." And Climate Science Watch outlined the three areas in which Ridley is mistaken:

"The true take-home message of the latest IPCC report is crystal clear," writes Mann. "Climate change is real and caused by humans, and it continues unabated." Anything else you hear should be taken with more than a few grains of salt.