How all TV series should end

"Breaking Bad" can get it right -- or very wrong. How can it keep from disappointing the wildly theorizing fans? 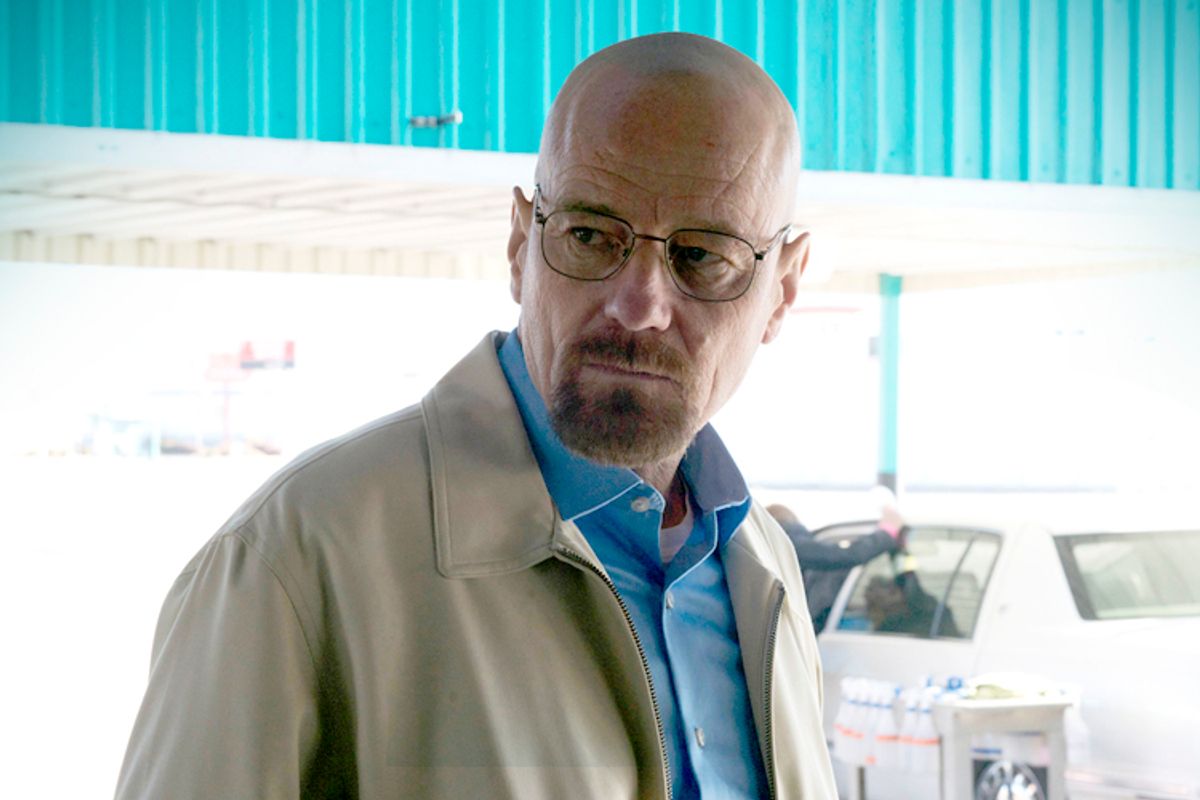 The current serious cable drama rewards many things -- endurance, for one thing, to power through 10-to-14-episode seasons, often in a single weekend. Attention to detail, in order to pick up on subtle hints, helps too.

But perhaps the most important virtue the viewer of the cable drama can develop is patience. "Breaking Bad," which ends its run on Sunday night, has taken five seasons in nearly six years to unspool an ever-deepening story, one that invites speculation; central character Walter White has continued to confound audience expectations by going darker and more evil than anyone watching the first two seasons might have expected. Currently, writers across the Internet are advancing theories about what the show's final minutes will include -- everything from a showdown between Jesse and Walt to a showdown between Walt and Marie. One popular theory has it that Walt kills his wife, Skyler, because he picks up the habits of his victims and was seen in a flash-forward arranging bacon the way she did.

What these theories have in common -- and, necessarily, someone's "Breaking Bad" theory will be right, or at least more right than others -- is the degree to which they're using apocrypha and tiny elements of the show. They presume a guiding intelligence behind every aspect of the series, one that has arranged every element, from shirt colors to episode titles, to move the show inexorably forward.

In a past era of television, such attention to detail would read as paranoia. History's littered with shows that, due to network-forced creative compromises as well as a lack of a plan from the start and an inability to think toward a finale tying up all the loose threads, let down their fans. "The X-Files," for instance, encouraged wild speculation with its series-long leitmotif of a coming alien invasion -- then ended without providing answers; "Lost" failed to answer every question it had set forth over the course of its six-year run in its finale. On the comedy side, "Seinfeld" took a major risk in its final minutes on the air by sending the leads to jail and focusing on a cavalcade of minor guest characters -- perhaps no one taking part in the national guessing game over how Jerry and the gang would end their adventures would have predicted the Soup Nazi and Marla the virgin would come back.

It'd be easy for fans of serialized TV to feel gun-shy about engaging as deeply as they have with "Breaking Bad" if "The X-Files"-style finales were the norm. But in the era of cable dramas -- with shorter seasons and more auteurial control -- the viewer can presume that everything has been building to an end from the beginning. Speculation went from frustrating to exhilarating with the 2007 end of "The Sopranos," which at once frustrated viewers' need for a definitive ending -- did he live or die? -- and invited them to interrogate their own feelings about Tony Soprano and the paranoid, risk-filled world he inhabits, a continuation of the project the show had been on all along. It was better than anything viewers could have imagined on their own, because it was real and of a piece with the writers' project in a way fan speculation could never be, and yet it made fans feel as though their speculation was worthwhile.

On the other side of the spectrum, though "Dexter" was not half the show "The Sopranos" was, its recent conclusion seemed plucked from the clear blue sky -- Dexter ran off to become a lumberjack, unpunished and abandoning his family. It's not merely that anything the fans could have imagined would have been more enjoyable to watch, it's that those fans seemed to have thought more about the themes and progression of "Dexter" than did its writers. They're stuck with their theories, more realistic than what happened on-screen; it's a case of deeply frustrated expectations not that x or y would happen, but that what did would be the product of serious thought.

What "Breaking Bad" must do in order to be an all-time-great finale isn't merely punish characters in an apt manner (though that helps) but provide an ending whose narrative pleasure is greater than the stories fans are telling themselves right now. As much fun as there is in theorizing, it's hard to imagine that anyone would be wholeheartedly pleased to see their theory come true. If you can come up with a more satisfying ending to a show than its creators can, the time was wasted -- you might as well have been talking to yourself for an hour every Sunday night. The viewer is at once guessing at what will happen and testing the acuity of the writers, who ought to know more about what they're doing than the viewers do!

But the number of shows that get the details right make speculation worth it. After "Breaking Bad," the next big finale is likely to be "Mad Men's," in 2015. That show, too, has encouraged audience speculation with its obsessive management of every detail building toward big revelations -- and when a popular Internet theory that Megan Draper would be murdered in the manner of Sharon Tate (or was already dead!) didn't come true, no one was angry that she lived. The show, instead, revealed its secrets in a way that rewarded the patience fans had demonstrated; the theories vanished, pleasurably, into the ether.