Marshall Islands president: "My country will be lost forever" 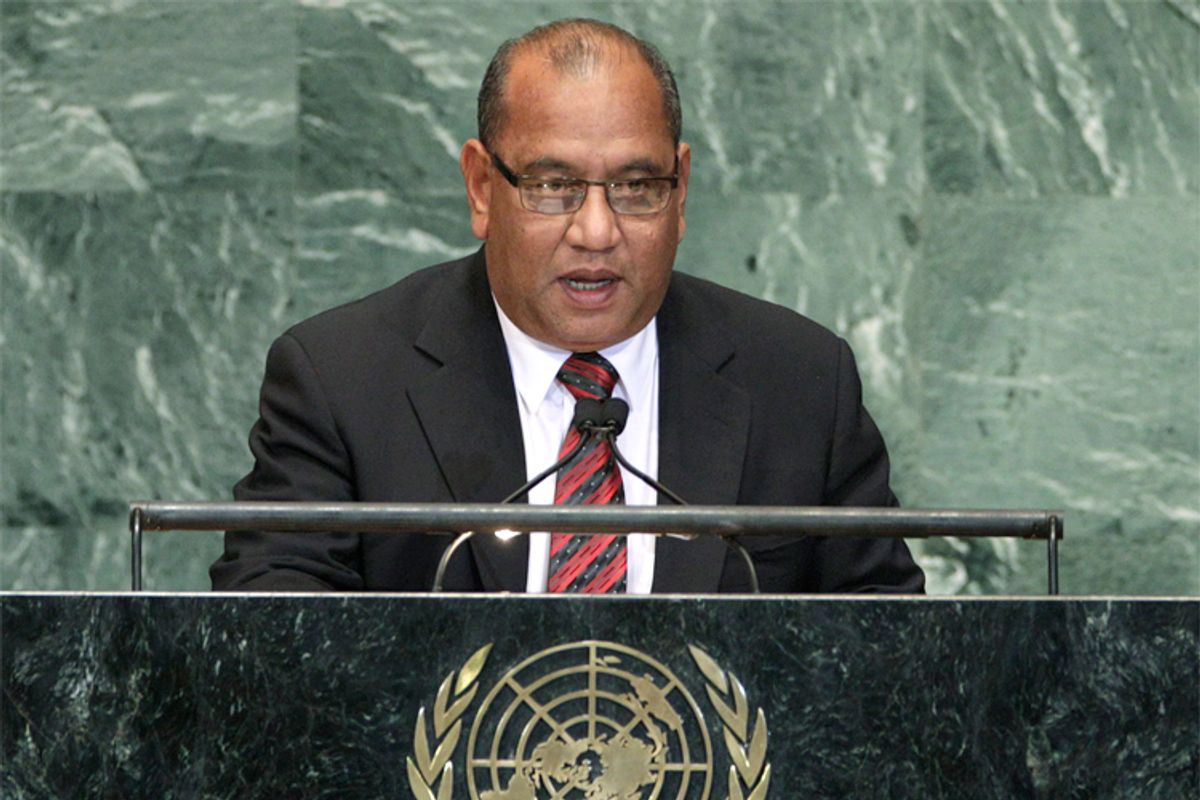 The people who live on low-lying islands are "panicked" by reports suggesting that sea levels will rise by over three feet by the end of the century, writes Christopher J. Loeak, the president of the Republic of the Marshall Islands, in an op-ed for the New York Times.

"If such predictions are accurate," Loeak writes, "my country will be lost forever."

Already, the Marshall Islands have been witnessing the extreme effects of climate change:

Earlier this year, I was forced to declare a state of disaster for our northern atolls after an unprecedented drought left thousands of our people without food or fresh water. Just six weeks later, a giant “king tide” hit our capital, Majuro, flooding the airport runway, some surrounding neighborhoods and even my own backyard as the waves crashed over a thick, protective sea wall — the second devastating climate disaster in two months.

Loeak is currently in New York to present the United Nations with the Manjuro Declaration, a statement signed by the leaders of his and 12 other Pacific Island communities, including New Zealand and Australia. The declaration calls for urgent action to be taken to reduce greenhouse gas emissions. According to the Guardian, it expresses frustration at the lack of specific and meaningful progress made so far by the UN.

In the Times, Loeak specifically calls out the United States for the last time the Marshall Islands' existence was threatened -- "the horror of 67 nuclear tests, the largest of which was 1,000 times more powerful than the Hiroshima bomb" in the aftermath of World War II -- and holds the U.S. delegates to the UN forum to their promise of supporting the declaration:

For too long, others have used American inaction as an excuse not to act themselves. The world needs American leadership on climate change. United States support for the Majuro Declaration could not be more welcome, and it is likely to spur action from others. At this month’s post-forum dialogue, we heard strong support for the Majuro Declaration from Britain, Indonesia, France, Thailand, Malaysia, South Korea, the Philippines and the European Union, and we look forward to their commitments as well. This is precisely the upward spiral we are seeking to spark.