Reich fights the bullies: Watch this amazing documentary right away!

In a moving documentary, our itinerant populist cheerleader shows us who broke the economy, and how to fix it 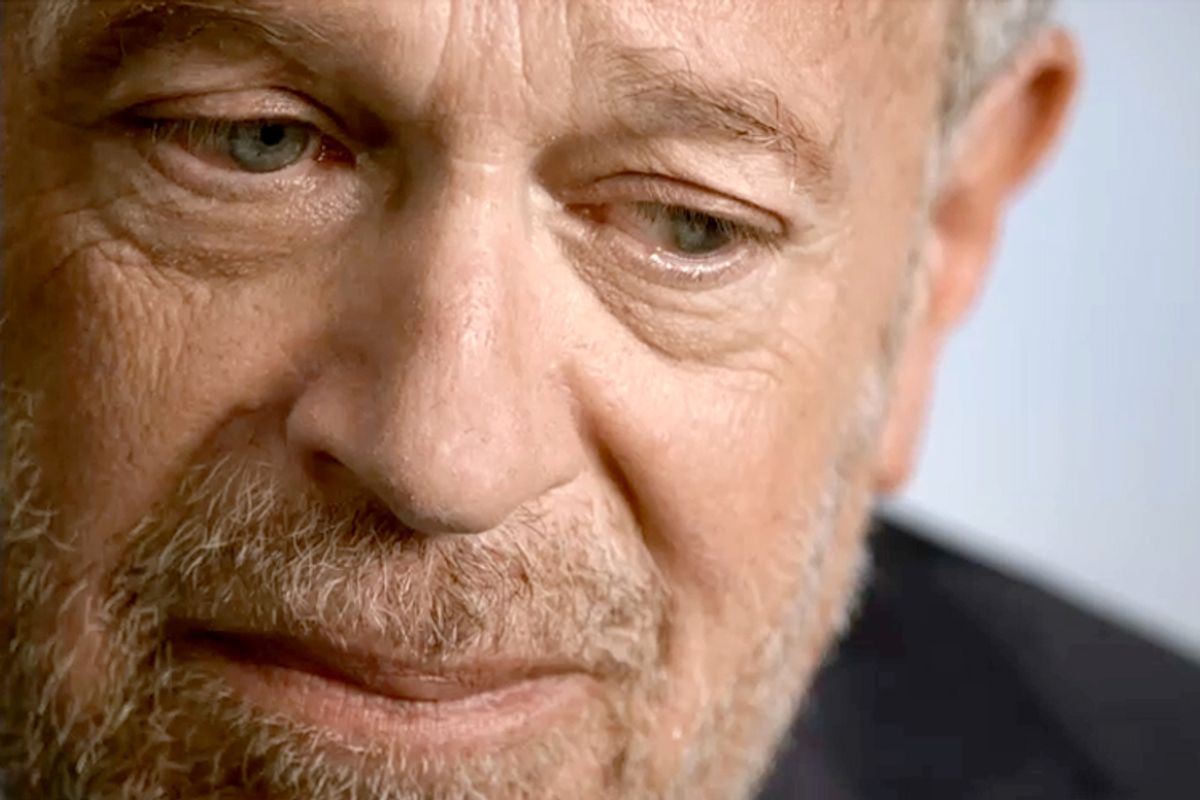 “Inequality for All” is a 90-minute high-speed tour of our broken economy and how it got that way, alongside the indefatigable Robert Reich, economist, author, labor secretary, university professor, rabble rouser and pundit who has been trying to warn us about what was going on for the last 30 years. It’s as if Reich grabs your hand and yanks you out of your seat to visit laid-off workers, Tea Party and Occupy Wall Street activists and union organizers; his Republican buddy, former Sen. Alan Simpson; the economists Emanuel Saez and Thomas Piketty, whose research showed us the spike in the wealth of the top 1 percent; and lots and lots of television studios, where we watch Reich age debating conservative hosts and pundits and preaching his message that investing in American workers helps everyone, even the rich.

If you’ve read his wonderful book “Aftershock: The Next Economy and America's Future,” the structure of his argument will be familiar to you, but the ride you go on will not. (I should note here: Reich wrote something extremely sweet for my book jacket, but I counted myself among his admirers even before that.) Reich shows how in the years after World War II, government worked to build a vast middle class by flattening income inequality, increasing average wages, protecting labor organizing and expanding higher education, funded by marginal tax rates that topped 90 percent even under Republican Dwight Eisenhower. In that “virtuous cycle,” as Reich calls it, “the wider the prosperity, the more people were included in that prosperity,” which in turn created more prosperity for everyone. But starting in the mid-1970s, a “vicious cycle” of tax cuts, union-busting and slashing government began. Wages flattened, debt rose and income inequality soared.

Based in the San Francisco Bay Area, Reich repeatedly uses the image of one of its lovely bridges to plot the course of income inequality and other social ills. Imagine the late 1920s and 2010 as two bridge towers; income inequality falls (it was highest on the eve of the Great Depression) and then rises again like suspension cables, with a long plateau of relatively low inequality from the 1950s to the late 70s. Then, as inequality begins to climb again after that, we also see a gap open up between rising productivity and stagnating wages (the two had always risen together). We see union membership decline, and debt rates soar, as middle-class wages flatten. Around the same time, college attendance rates also plateau – we went from 6 percent of Americans attending college in 1940 to 24 percent in 1980, and we’ve stayed right around there ever since. When tax rates were highest, inequality was lowest; when tax rates came down under Ronald Reagan, inequality soared; when Bill Clinton raised taxes, inequality flattened a little. Even political polarization has been at its highest when income inequality is highest. Reich makes all of these trends vivid, sometimes depressingly so.

But this isn’t a movie of clever charts and graphs. It’s the story of Robert Reich, activist, agitator, itinerant public intellectual and populist cheerleader, who witnessed the boom of the growing middle class as a child, enjoyed its largesse as a young college student, and chronicled its bust as an economist. He came to political conscience with the civil rights movement and interned for Robert F. Kennedy. He was a Rhodes scholar along with a big kid from Arkansas named Bill Clinton. He began his career, though, in the years of Democratic decline, working at the Federal Trade Commission under Gerald Ford. Clinton made him his labor secretary, and Reich lasted through his first term, and then, discouraged by the prevailing bipartisan mood of fiscal austerity, even under a Democratic president, went back to teaching.

We see him in his University of California, Berkeley, classroom, teaching his packed “Wealth and Poverty” course, to a multiracial generation of young people who don’t remember that tuition at Berkeley was free until Reagan came along. We ride along in his Mini Cooper, which the famously short Reich loves because it’s proportioned correctly, and trail behind him as he carries his own wooden box to a San Francisco speaking event, so he can see over the podium.  (He reveals in the film that he recently discovered he has Fairbanks syndrome.)

Reich, who’s not above (or below?) using height jokes to sell his ideas, takes his message everywhere, from Jay Leno (“Do I look like Big Government to you?” the labor secretary asks the host, as he stands up to his full height of 4-foot-10) to Conan O’Brien, talking politics with Bill Maher as well as Bill O’Reilly. In fact, he once even guest-hosted for O’Reilly, but now the Fox bully calls him a “communist” and won’t even have him on the show, a measure of the political polarization of American discourse, where even Fox has moved itself right and taken much of the country along with it.

Midway through the film I had a realization: Reich is the character who’s missing from George Packer’s harrowing book, “The Unwinding,” which tracks the very same years of the hollowing out of the middle class as “Inequality for All” does, but refuses to point at either the culprits or at what might turn things around. It’s as if Packer has lost his optimism, while Reich, despite the tragic story he tells, has not.

Except occasionally. Part of the film’s power is in Reich’s self-deprecating humor, but he admits to real moments of doubt – he’s been traveling the country telling the same story for decades, and things have only gotten worse. About his time in the Clinton White House he is mostly self-critical. “I became a true pain in the ass.  I was predictable; people would roll their eyes. I’m surprised Clinton kept me around.” At times, he says, “I ask myself if I’ve been a total failure – I’ve been saying the same things for 30 years.”  But then he’s back in the lecture hall with his students, or in a television studio talking to Rachel Maddow, or addressing an Occupy rally, and once again he’s the pitchman for a more just and inclusive society, telling us how we can get there.

The most poignant moment actually comes at an Occupy rally, where he starts to tell the story of how, as a young and very small boy, he tried to avoid getting picked on by enlisting older, bigger boys as his protectors. One year at summer camp, the older boy who kept the bullies away was a big, friendly teenager named Mickey Schwerner. Schwerner of course would be killed in Philadelphia, Miss., during Freedom Summer 1964, along with young civil rights activists James Chaney and Andrew Goodman.

He finishes the story in a studio, talking to the camera. “When I heard Mickey Schwerner had been tortured and murdered by real bullies, I think it changed my life.” That’s why he vowed to "fight the bullies, to protect the powerless, to make sure that the people without a voice have a voice.” There’s a rare silence when he finishes the story. I happened to watch the film the morning after meeting the siblings of Schwerner, Goodman and Chaney at a March on Washington anniversary celebration, and it probably made a powerful moment even more so.

But he doesn’t stay silent for long. The film ends with him fighting the bullies again, in his final “Wealth and Poverty” class back at Berkeley. “History is on the side of positive social change,” he tells his students, exhorting them to go off and change the world. “I believe in you!” The lecture ends, the students stand and cheer, and Reich dances off the stage to Dolly Parton’s “Nine to Five,” the anthem of working-class women. After a 90-minute tour of the wreckage of American prosperity, you will find yourself smiling.