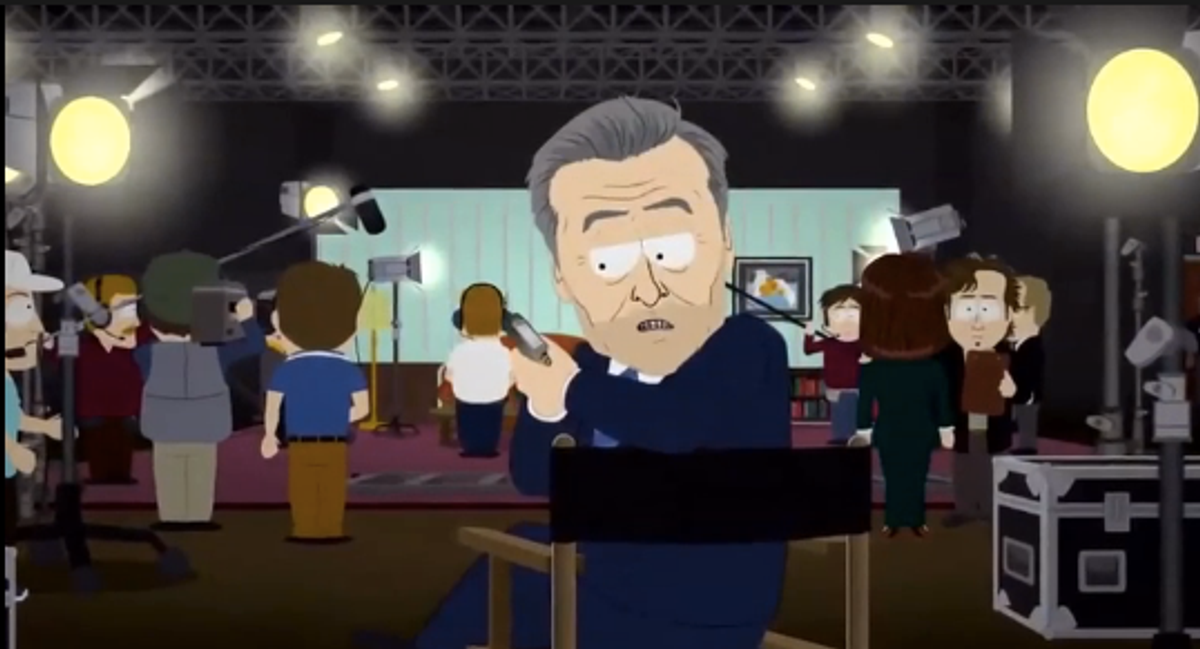 Comedy Central's "South Park" kicked off its 17th season on Wednesday night, picking the shadowy NSA and overly excitable Alec Baldwin as its first lampoon-worthy targets of the year. In the episode, Cartman seeks to expose the NSA's surveillance program and stumbles upon "Shitter," a next-generation social media tool that plugs one's thoughts directly to the Internet. What better spokesperson for such a product than the uncontrolled rage-tweeter, Alec Baldwin (voiced by SNL alumnus Bill Hader)?

"Hello, I'm Alec Baldwin, and I love social media. But sometimes, I accidentally tweet things that are mean or homophobic," begins Baldwin's commercial. "I don't think that way -- I just type that way. That's when I realized it wasn't me that was homophobic. It was my thumbs, and they needed to be gotten rid of."

Baldwin then cuts off his thumbs. "So then the problem was: I don't have thumbs! But I know that everyone in America still wants to hear what I have to say."