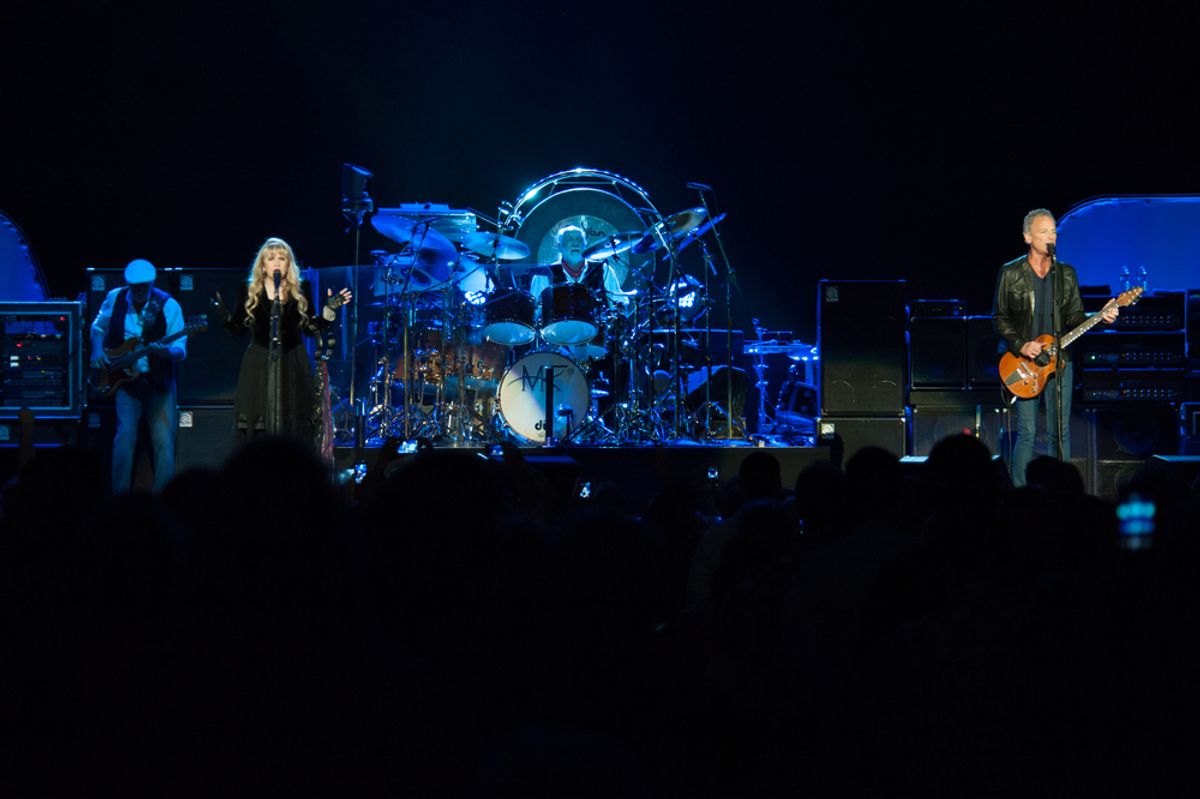 Fleetwood Mac, currently on tour to celebrate a new four-track EP and the reissue of their chart-topping album "Rumours," reunited with keyboardist and singer Christine McVie at London's O2 Arena on Wednesday and Thursday night. It was McVie's first performance with the band since 1998.

McVie joined the band in 1970, marrying bass guitarist John McVie; the two divorced in 1979, and wrote "Don't Stop" in response to the separation. This week, McVie joined her former bandmates onstage to perform the classic song.