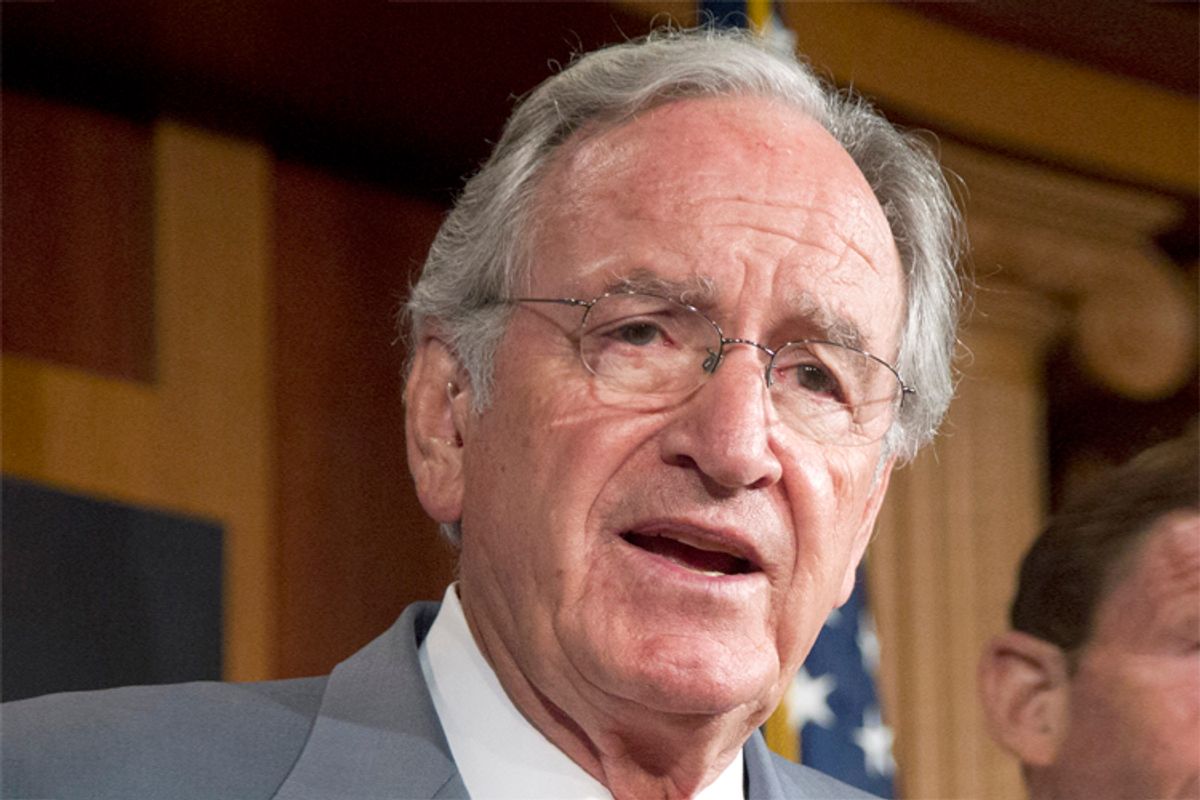 Iowa Democratic Sen. Tom Harkin registered his profound concern over the direction of U.S. government on Friday, calling the current dynamic in Congress "very dangerous" and comparing it to "the breakup of the Union before the Civil War."

On the Senate floor before 10 a.m. Friday, the senator gave a speech describing how American politics have reached the level at which "a small group of willful men and women who have a certain ideology"—read: the tea party and Sen. Ted Cruz, R-Texas—have been able to take over the congressional budget debate in the last week. "Since they can't get their way," Harkin said, "they're going to create this confusion and discourse and hope that the public will be so mixed up in who is to blame for this, that they'll blame both sides." [...]

This isn't the first time the senator has spoken out about the spiraling budget and the fight over Obamacare. Harkin suggested Thursday that Cruz looked "foolish" for his "little tirade" that lasted from Tuesday afternoon until Wednesday morning. Harkin called out Cruz as being part of "the most extreme tea-party wing" of his party, and for his "ideology-driven obstructionism."