Jimmy Kimmel is officially in a "rap feud" with Kanye West 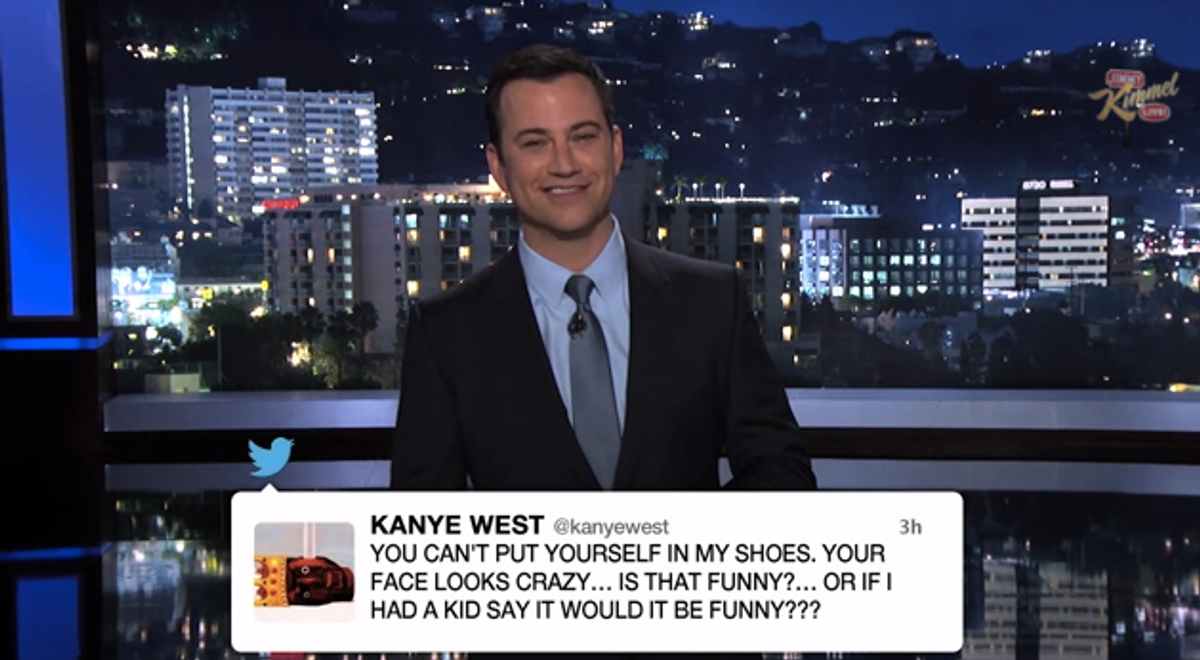 Kimmel referred to the bit as "innocuous," but West clearly thought otherwise:

West then personally called Kimmel just before his nightly show and asked him to apologize. "He called me, he said a lot of things. He told me I had two choices. Number one, apologize publicly...and that was really the only choice. The other choice he gave is 'your life is going to be much better if you apologize,'" said Kimmel.

Predictably, Kimmel did not apologize to the Tupac reincarnate, as West called himself. "Finally, I'm in a rap feud," Kimmel joked.