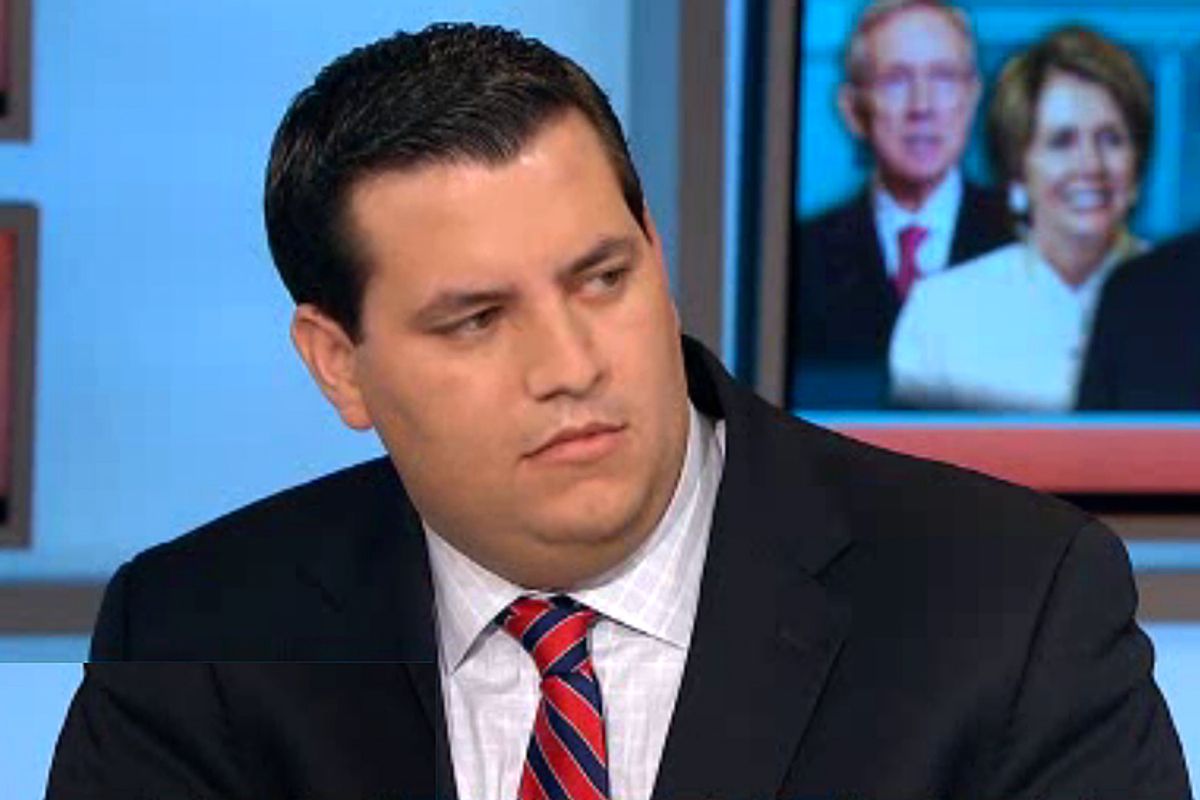 For a few days now, Greg Sargent at the Washington Post has been warning that the political media -- either jaded or encumbered by professional conventions -- will mischaracterize the nature of the debt limit fight Republicans are trying to pick with Democrats.

Here, via Jonathan Chait, is an example that might land Sargent in the hospital with stroke-like symptoms.

"The negotiating technique that [Obama adviser Dan] Pfeiffer was describing, however, is by no means novel," writes Time Magazine reporter Zeke Miller. "Hostage taking—by promising harm if you do not get your way—has long been a standard way of doing business in Washington. At the beginning of the year, President Obama said he would allow taxes on all Americans to go up when previous tax cuts expired if Republicans did not permit some increase in taxes on the wealthy. Republicans eventually agreed to a tax increases, since they did not want to be blamed for a broad tax increase. This summer, Senate Majority Harry Reid threatened to undo generations of Senate precedent by unilaterally rewriting the rules if President Obama’s nominees were not confirmed. Senate Republicans ultimately agreed to confirm most of the nominees, since they wanted to preserve the rules under which the Senate operates."

Miller's no wizened graybeard who's seen it all before, so I'm not sure what fount of jaded omniscience he's channeling, but it's badly misplaced.

Chait notes that Miller's rendering doesn't account for the scale of the threat of a debt limit breach, or for the fact that increasing the debt limit isn't in and of itself a concession the GOP must part with -- it's just a bomb.

But Chait skips the most egregious failure of Miller's analysis, which is that -- unlike either example he cites -- the objectives of this debt limit fight are profoundly undemocratic.

When Democrats used the threat of a huge automatic tax increase to extract a more modest tax increase from Republicans, it was in the immediate aftermath of an election campaign that centered around the issue of tax equity. And the Democrats won. When the negotiation was over, President Obama walked away with just over a third of the revenue he'd been demanding, and just over three-quarters of the revenue he would have banked from a clean expiration of the upper-income Bush tax cuts, which he'd campaigned on most heavily. He came up relatively short in part because he's not the world's greatest negotiator, but also because even at his moment of greatest power, he didn't disclaim the two-party system or the governing norms of the country. The Republicans lost but they hadn't been disenfranchised.

A few months later Harry Reid managed to get some top Obama nominees confirmed by threatening to change the Senate rules, because the losing, minority party was using the undemocratic nature of the Senate rules to moot the results of the election and nullify government agencies. Reid's move was a reassertion of democratic legitimacy.

The 2013 debt limit fight is completely unlike that. As Paul Ryan said, Republicans are hoping to usurp the electorate because "we don't have an election around the corner where we feel we are going to win and fix it ourselves. We are stuck with this government another three years." That's an entirely new species of extortion. Even in 2011, when the debt limit fight nearly tanked the economy, the strategy wasn't quite this inappropriate. Using the debt limit as a forcing mechanism in any negotiation is insanely reckless. But Republicans had just won an overwhelming victory in the midterms and there was a real question as to whose agenda -- the president's or his midterm opponents' -- carried more legitimacy.

I continue to think the debt limit fight is mostly an internal GOP problem. As I wrote this morning, we're going through these motions because a powerful tail is wagging the dog in the Republican Party. But the number of Republicans who are aware of the vacuity of the threat is large enough to mitigate the danger of a breach. It's a careless and damaging fight to pick, particularly given that procedural snafus can unintentionally drag a resolution past the deadline. But in the end I still think the party that taps out will be the one that has the power to do what it admits must be done.

Until then, though, it would be nice if reporters were a little bit less lazy than they often are about chocking things up to business as usual.