Sy Hersh on Osama bin Laden raid: "Not one word of it is true" 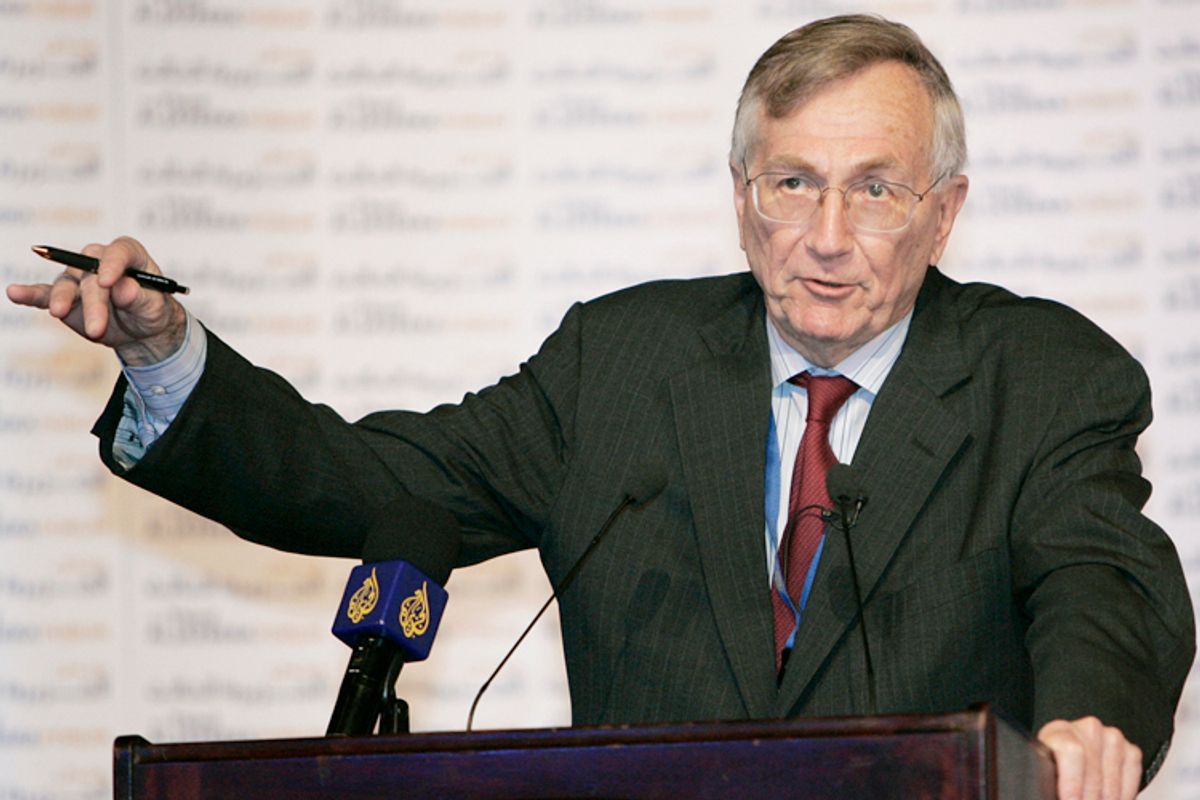 As reported by the Guardian on Friday, iconic journalist Seymour Hersh tore apart America's mainstream media before an audience at City University in London, calling for the sacking of 90 percent of editors and claiming that the story of the killing of Osama bin Laden is "one big lie" and that "not one word of it is true."

The 76-year-old Hersh, who made his name by reporting the massacre at My Lai during the Vietnam War — and who also revealed torture at Abu Ghraib in the New Yorker in 2004 — leveled a scathing indictment of contemporary American journalism, describing it as a field littered with timid careerists and water-carrying hacks.

"Our job [as journalists] is to find out ourselves, our job is not just to say – 'here's a debate' our job is to go beyond the debate and find out who's right and who's wrong about issues," Hersh said. "That doesn't happen enough. It costs money, it costs time, it jeopardizes, it raises risks. There are some people – the New York Times still has investigative journalists but they do much more of carrying water for the president than I ever thought they would … it's like you don't dare be an outsider any more."

More from The Guardian:

Asked what the solution is Hersh warms to his theme that most editors are pusillanimous and should be fired.

"I'll tell you the solution, get rid of 90% of the editors that now exist and start promoting editors that you can't control," he says. I saw it in the New York Times, I see people who get promoted are the ones on the desk who are more amenable to the publisher and what the senior editors want and the trouble makers don't get promoted. Start promoting better people who look you in the eye and say 'I don't care what you say'.