The show's many visual "Easter eggs" reveal its deeper message 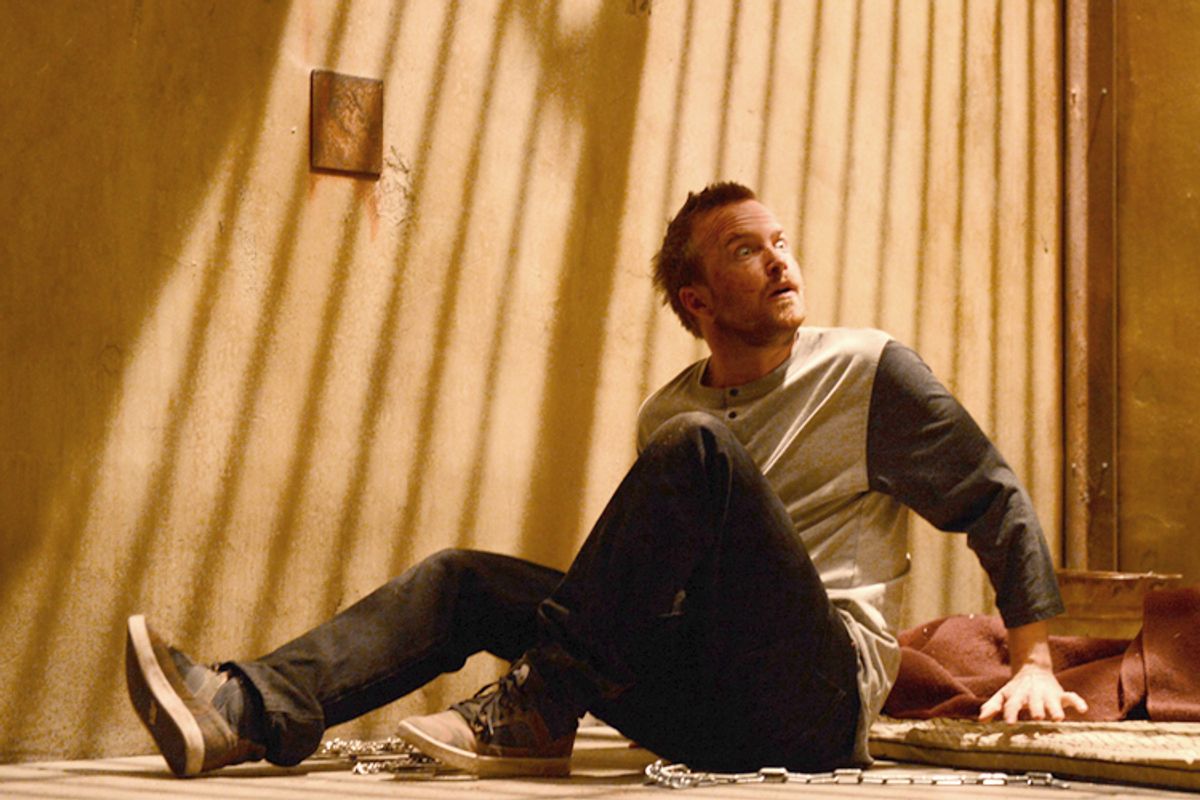 At the end of "Breaking Bad's" five-season run, I, like so many others, have turned to the Internet to squeeze every last drop of enjoyment from this remarkably rich series. Redditors in particular have long been poring over the subtle callbacks and visual motifs that have become "Breaking Bad's" signature, compiling a virtual archive of many details that I, for one, missed on my first viewing. (This piece is much indebted to the  Redditors' keen eyes.) Much has been made, for example, of Season 2's pink teddy bear, which, having fallen in the wreckage of Wayfarer 515, haunts the show as a constant reminder of the chaos wrought by Walter White.  These Easter eggs are a reward to dedicated fans and a boon to television theorists who read them as messages from Vince Gilligan himself. But they're also invitations for an ethical interpretation of a show based around the effects of violence.

"Breaking Bad's" main ethical dilemma challenges the viewer to decide at what point Walter White ceases to be the hero and starts to be the villain of his own story; and implicit to this question are still stickier ones. What acts of violence are we prepared to accept as somehow not bad enough to deserve our contempt?  And why are we willing to condone our protagonist's violence while condemning the violence of others?

The pink teddy bear invites us to consider these questions by subtly connecting three seemingly unrelated acts of violence with the visual of a half-destroyed face.  The charred bear initially signals Walt's indirect blame for the death of Jesse Pinkman's girlfriend Jane when he chooses not to save her from a fatal overdose.  His inaction ultimately leads Jane's grieving father, an air traffic controller, to cause the midair collision where we first see the bear.  Two seasons later, after we've forgotten Wayfarer 515 and the telltale teddy bear, the symbol returns as the mangled face of drug lord Gus Fring who, himself guilty of several grisly murders, is justifiably (apparently) killed by Hector Salamanca at Walt's behest.  And most recently, Jesse's face is similarly mutilated after Walt hands him over to the Aryan Brotherhood for going to the DEA.

The repeated imagery suggests an equivalence between these acts of violence, and signals the ambiguity of Walter White's guilt.  In each case, Walt hurts people out of pure self-interest.  And each time he perpetrates the violence only indirectly.  So, is he less to blame for Jane's overdose than for his other crimes?  Are the accidental deaths caused by the resulting crash really less damning?  For that matter, is bombing Gus really much more laudable?  I am of the mind that the visual clues don't actually presume to answer these questions.  They just make us want to ask.

Another recent callback further complicates the show's relationship toward violence. When Jesse Pinkman is held prisoner by the Aryan Brotherhood, chained up and given a bucket for a toilet, we are reminded of one of the earliest victims of Walt and Jesse's ambitions, drug distributor Krazy-8, whom Jesse detained in his basement with a bike lock around the neck.  Early in the show's narrative, Krazy-8's pleas -- “I wouldn't do this to my worst enemy. This is degrading” -- fall on deaf ears for an audience already used to rooting for a protagonist.  But at the end of the series, the actions that we originally accepted from sympathetic characters, when repeated by others, suddenly seem inhumane.  For me at least, when I go back to that early scene, the association makes me reconsider our heroes' actions.  As it turns out, lovable, hapless Jesse may have been a brute all along. And that changes everything.

These visual motifs reveal to us the fickleness of our ethics.  When questionable acts are performed by sympathetic people, they too seem sympathetic when it really should be the other way around -- the act should make us question the person's character.  That's a lesson worth remembering in our daily lives.  We need but to go back and reconsider things in context.  For a show like "Breaking Bad," that's the strength of Easter eggs.  And that's the magic of any story that's good enough to listen to over and over again.

Michael Darnell is a PhD student and teaching fellow at Columbia University in the Department of English and Comparative Literature.