Rosalind Wiseman: "Hookup culture is just as confusing for boys"

The "Mean Girls"-inspiring author has a new book on boys, and talks to Salon about sex, anger, and the "end of men" 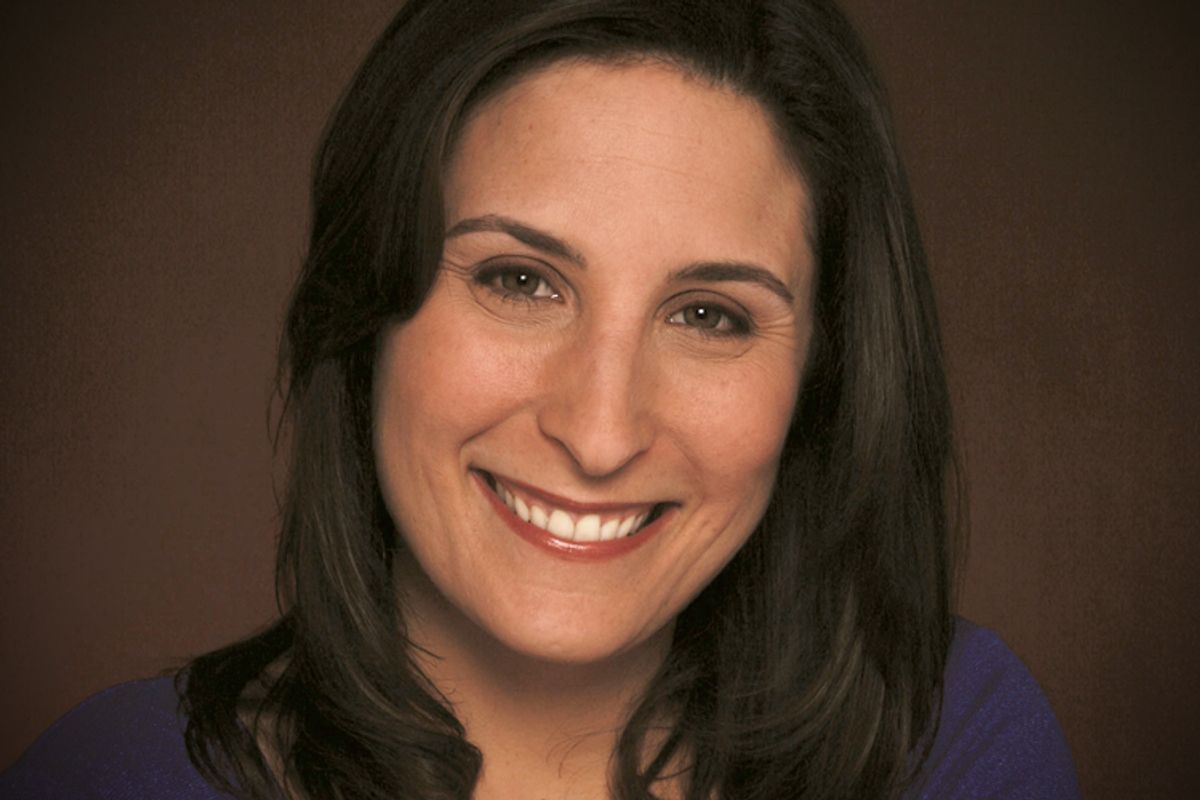 Rosalind Wiseman introduced America to the mean girl. Her 2002 book "Queen Bees and Wannabes: Helping Your Daughter Survive Cliques, Gossip, Boyfriends, and Other Realities of Adolescence" inspired the Lindsay Lohan film -- and made everyone in the country familiar with the idea that girls' lives can be rife with subtle social violence. But her book may have worked almost too well. Parents today, she says, believe that girls need help navigating complex relationships but that boys are "easy" -- that they don't worry about their friends, parents or girlfriends, and that they don't need help.

Her new book, "Masterminds & Wingmen: Helping Our Boys Cope with Schoolyard Power, Locker-Room Tests, Girlfriends, and the New Rules of Boy World," aims to change this view -- and to help parents understand the complicated social hierarchies she argues boys today live in. With the help of a team of teenage boy "editors" who spoke remarkably candidly to her about everything from sex to sports, Wiseman makes the case that boys actually care deeply about all the things adults think they don't care about -- they just might not be talking to their parents about it. Wiseman spoke to Salon about hookup culture, the "end of men," and where adults need to step up:

What do you think people misunderstand most about boys?

It's the thing I start the book off with – [the idea that] girls are hard, boys are easy and they're simple, there's not a lot going on in their lives. They don't care about their friendships, they get over stuff, their friendships don't really matter to them – all of those things. That kind of stuff is the source of a tremendous amount of misunderstanding and then, because of that, alienation that the boys feel to ever be able to talk about their experiences.

I was really fascinated by the boy "editors" in your book who helped you understand boys' social dynamics. What was the hardest thing to get them to talk about?

It took a while in the beginning to get them to talk to me when they disagreed with me about something or thought that I was wrong. Then I had – I write a little bit about this in the acknowledgements – I had this real moment with a group of them that, like, "My name is on this book, your name is on this book. You are not helping me, nor you, if you don't tell me what's going on and you don't tell me where you disagree with me. I'm going to look stupid, you're going to look stupid, so you've got to tell me." I think that was a real pivotal point for the boys; that I was much more interested in getting it right than pretending.

What were some areas where you found you were wrong?

I was completely wrong about how I defined being a wingman. [I thought it meant] to support somebody, coming from that metaphor of going into war and you're on the wing and you support them through thick and thin. The boys looked at me and they were like "uhh, no -- that is when we are trying to hook up with a girl, and you need your guy, you need your wingman by your side and make sure you get the best chance possible of hooking up with a girl." So I was really wrong about that.

[And] I had sort of fallen into this stereotype that I think a lot of people do -- that the boys that are higher up in the social hierarchy have more hookups and more sex than the boys that are in the lower positions in the social hierarchies, and I don't think that's true at all. We have this stereotype – the popular guy who's getting it all the time and then the loser guy who never is and like the band geek, and I am absolutely convinced that after writing this book that band camp is where all the action is.

That makes sense based on "American Pie."

Yeah, well the kids are saying, "Well, we're with each other all the time and we're going on long trips with each other so you know, what do you think is going to happen?"

Right, totally. Do you feel like you learned other things about hookup culture as you were researching the book?

Sure. I learned that hookup culture can be just as confusing for boys in some ways as it is for girls and that we have this stereotype of boys just trying to get some and that's all they're trying to do, and the girl's aren't, by the way. And I think first of all, girls are wanting to hook up with people, and I think boys are confused in some ways about how much the girl likes them or what it means, but they don't want to talk about it. Here's something I didn't know, which just made me laugh and laugh and laugh – I had no idea how much boys think about and talk to each other about when they are trying to – when they like somebody – trying to figure out how to do that. How are they trying to make the first move, or interpreting things the girl says, things like that.

What were the boys most eager to talk to you about?

The frustrations with their parents. Feeling marginalized or silenced by their parents. Their anger at adults. And it's not just like "Oh they're teenagers, so they think that adults are full of it," it's that they really have some very good evidence to back up the fact that adults are consistently holding them to standards that they are not willing to hold themselves to.

What's an example of that?

"You're asking us to buy into a system and have faith in a system that you are not buying into actually. You're just tricking yourself." And I think that was a huge, huge issue for the boys. And I – by the way – 110 percent agree with that.

How do you feel about the idea of the "end of men?"

I hate that. 'Cause I don't like to see things in binary ways at all. I work with boys and girls and I want boys and girls to go through the messiness of their adolescence, to be able to have strong relationships with each other, to – you know there's going to be hard, hard times, it's going to be messy, all that stuff, but we have to have each other, we have to. You know, social connections are just imperative for each other. And girls needs strong friendships that are boys and boys need strong friendships that are girls, regardless of their sexual orientation. It makes life better and I just don't see where they get that, I really don't. I think it gets us to a place where we're marginalizing one group or another and I only think it's going to create more misunderstanding and reactivity.

That's a great question because it's changing so much, this dynamic changes so much. I think that there's nothing wrong with being curious about sexuality and what that looks like. I don't think there's anything wrong with that. I think that what I worry about are boys getting very visible examples that show men dominating women, and it's presented in a way that it's not for the benefit and the enjoyment and the respect of both people. That's what I worry about.

In talking to so many boys for this book, how do you feel that boys have changed since you were growing up?

Well, I think that the feeling of sexuality all around you is different, and I think that the feeling that some boys can get away with really, really bad stuff -- I think they're more cynical. I think boys are more cynical because of this issue of seeing the hypocrisy of adults around them more. Because they can see it. All that information is coming at them faster. If you had that experience two generations ago, then maybe that was your own experience, but I don't know if you'd extrapolate that to the entire adult culture, whereas now it's pretty easy to say we all suck.

And when you were talking to parents, what did you feel like was the hardest lesson for them to learn?

I think it was hard for me as a parent myself to be able to say, "let's look at some really difficult things and put a mirror to our own behavior and at the same time be empathic to ourselves and not beat ourselves up that we've made mistakes." It was hard as a mom to listen to the boys talk about the moments – in all kinds of different of ways – the moments the mothers found out how the boys sometimes manipulate their ways, and intimidate them so they can get what they want. There are some devastating times in talking to the boys where if the father was not an honorable man, sometimes the mother would say in moments of heated fighting with the boys, that their sons reminded them of their fathers, and for a lot of boys that's like a huge knife in their hearts. That was really painful to hear.

There were lots of things in this that really hurt my heart and how to be able to articulate this and write this fairly and to present it accurately the ways the boys were talking to me, and also to be able to reach out to parents and say "My God, this is tricky painful stuff, but we can do this, you can acknowledge the things you've done and contributed to, in some ways, the deterioriation of your relationship with your son or it's not as good as you'd like it to be, but you can acknowledge it and make it better." Walking that line of empathy and acknowledgement was very, very tough.