The 5 most ambitious book-to-film adaptations

First "All the Pretty Horses," now "As I Lay Dying." Why does Hollywood insist on filming the un-filmable? 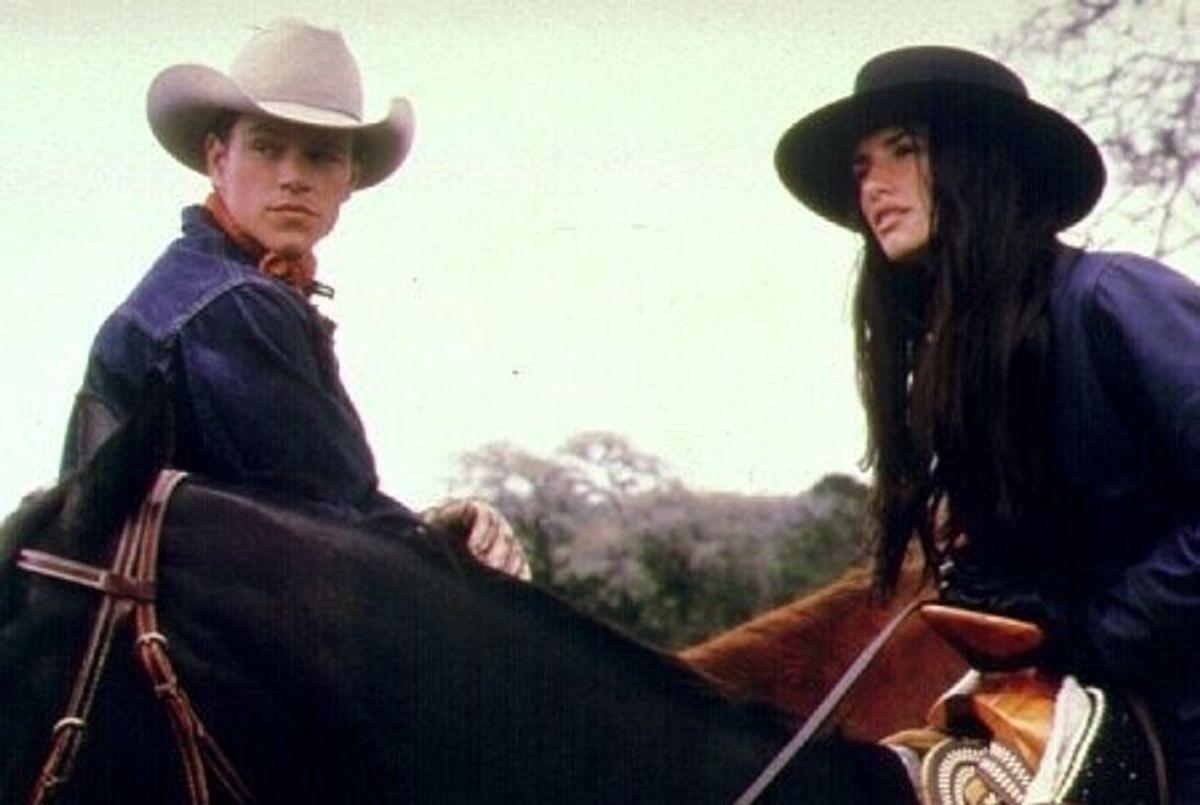 All The Pretty Horses (Via: Miramax)
--

Hollywood's love for new ideas is only matched by Axl Rose's love for not eating two triple-decker ice-cream cakes in a row every day. The movie business is always scouring the attic for old material it can rehash into adaptations, sequels, prequels, and reboots, and it often finds what it's looking for in literature.

Some novels are regarded as unfilmable, but a few adventurous directors, like James Franco, have gone out on a limb, and attempted to adapt such works to the screen. On Friday, Franco's As I Lay Dying will be released in the United States. Franco's directorial debut is an adaptation of William Faulkner's seminal modernist novel about a person who is lying down and dying (don't pretend that you've read it either), not the ass-kicking Blood Meridian movie Franco has promised before. In honor of Franco's attempt to film the unfilmable, let's take a look back at other bold efforts to commit difficult works of literature to celluloid. Perhaps one of the most celebrated works of fiction about the 20th-century, Ragtime is a masterpiece of postmodern historical fiction that was unparallelled until Thomas Pynchon's excellent Mason and Dixon was published in 1994. The book captures the strife and the delight of living in pre-World War I America like none other. (Or maybe it didn't. There aren't many people around from the early 1900s who can attest to its authenticity. The guy could have made everything up.)

From Henry Ford, to Pierpont Morgan, to Harry Houdini, to Emma Goldman, to Evelyn Nesbit, Doctrow's book covers a significant amount of historical ground as it chronicles three families — one white, one black, and one Jewish — as they make their small marks on the world.

The breadth of the book's themes, storytelling, and even genres (there's a scene where J.P. Morgan sleeps inside a pyramid in Egypt to see if he can get superpowers) make it an unlikely candidate for a Hollywood adaptation, but that didn't discourage Miloš Forman, the Czech-American director known for controversial biopics like The People vs. Larry Flint and The Movie Where Natalie Portman gets Buck-Naked But No One Got Aroused Because It Was in a Torture Scene.

The resulting movie, mind-blowingly called Ragtime, is OK, I guess. It ain't the book, that's for goddamn sure. I could go into more detail, but I've already spent almost three hundred words gushing about the source material. If you've got a DVD copy of Ragtime close by, it won't be a waste of your time to pop it into the player. But you could always play a video game, instead. This is one of my favorite books of all time. It's deep, complex, emotional, gut-bustingly funny, and, best of all, it's sci-fi. Sorta. (It has space aliens in it, which has to count for something.) The meat of the book is a treatise on the unfathomable meaninglessness of war. The fire-bombing of Dresden during World War II — which the author witnessed – serves as a backdrop to a tale of desperate people tangled in something far greater than they can comprehend. The aliens are called Tralfamadorians, and they see in five dimensions.

The big problem with a movie based on this type of book (which also affects adaptations like Watchmen and Wanted) is that the budget required to stay visually true to the source material is astronomical, what with the UFOs, space zoos, and one-eyed green aberrations. Plus, it's nearly impossible to keep the complexity of the message intact. In cases like this, the adaptation is stuffed into an established genre, and ends up being a severely dumbed-down version of the original work. Plus, it looks kitschy and half-assed, like an early episode of Doctor Who funded with Zimbabwean dollars. Which is unfortunate, because the acting is solid and the casting is spot-on.

Half the fun of Slaughterhouse-Five is in Vonnegut's ultra-hip, meta-narrative writing style, and you can't translate that into a movie. It didn't work with Breakfast of Champions, another film based on one of Vonnegut's books, either. Ellroy is known for two things: the fact that he wouldn't use an adverb even if it added years to his life, and the fact that he's messed up in the head. Forget J.G. Ballard and Chuck Palahniuk. Ellroy's novels are so sick and revolting that they are banned in Japan for being too sexy. Some of the stuff that happens in L.A. Confidential would make a projectionist douse himself in gasoline and rub his body against a giant matchbox were it to be faithfully reproduced on screen. But there's no getting around the gross parts. They're essential to the tone and plot of the stories Ellroy tells.

The movie does Cirque du Soleil-worthy acrobatics in order to adapt as much of the book as possible, but there's only so many ways you can hide bestiality. It even dumps an entire plot thread involving a thinly veiled Walt Disney stand-in, presumably to avoid the libel lawsuit that would result from its inclusion.

All of that aside, a two-hour movie simply can't do justice to the enormity of material present in the novel. There's enough story there to fill a TV show with 10 seasons of 24 episodes each. Even though a lot of people are really fond of the L.A. Confidential film (including Ellroy himself), in the end, it's just a half mug of decaf to the book's five pounds of crack cocaine. Half the political vocabulary used nowadays comes from 1984. Doublespeak, thought crime, big brother, Barack Obama: all of those expressions come directly from Orwell's invaluable contribution to mankind in the form of his hard-hitting novel from 1948. And for good reason. Anyone who's read the book knows that Orwell predicted pretty much every authoritarian trend to come in the decades after the work was published. From innocuous names given to atrocious things (the Patriot Act could well have come from the Ministry of Love), to computers that watch your every move, it was all there.

The movie based on the book isn't bad, but it eschews the poignancy of the novel's articulate political commentary to make room for a bunch of artsy crap that kinda looks good if you're into Europe, but takes attention away from the important bits. How is watching Winston Smith limber up for 10 minutes going to raise my awareness of the subtle tactics that governments use to manipulate popular opinion?

The movie follows the book's plot pretty closely, but fails to capture its essence, so if you ever have to choose between breathing or watching 1984 — if, say, your television is at the bottom of a lake — I'd have to recommend you pick the former.

5. 'All the Pretty Horses,' by Cormac McCarthy, adapted by Billy Bob Thornton The book is great. The movie was directed by Billy Bob Thornton.