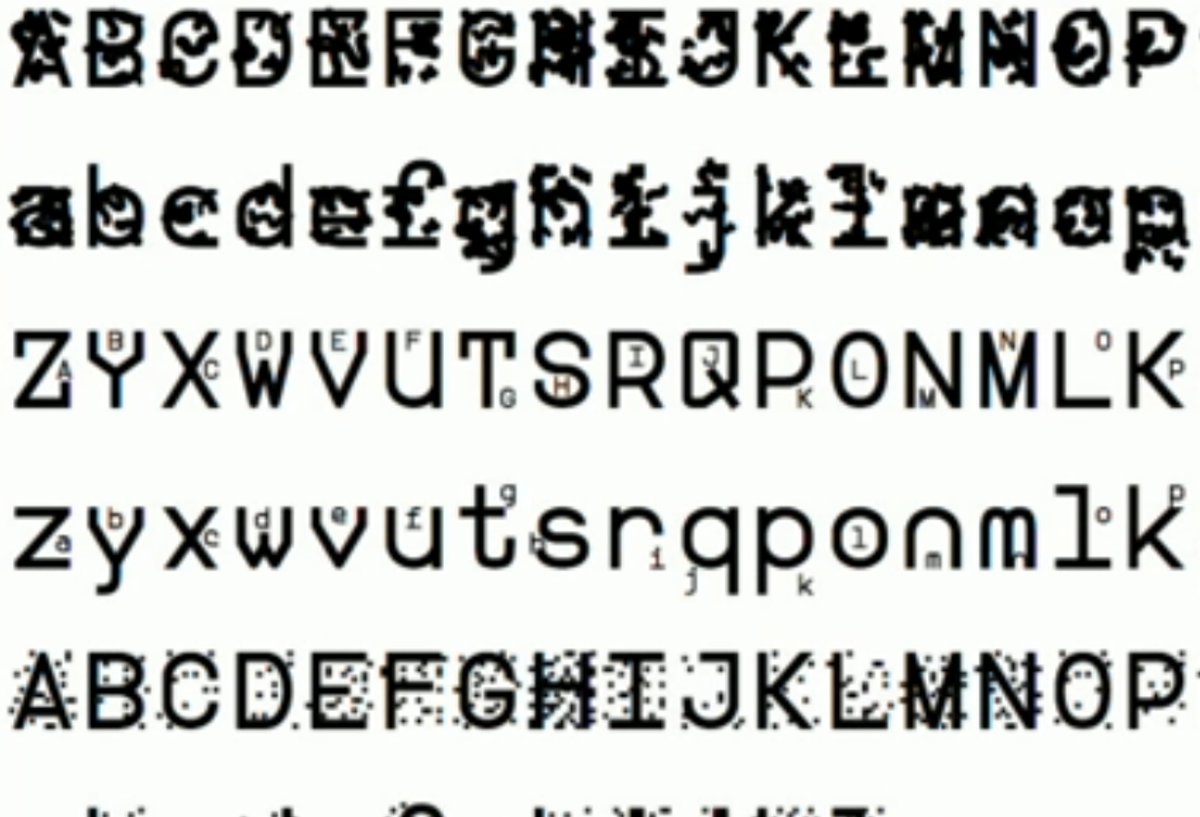 It's not the perfect defense against our current state of near-totalized communications surveillance, but it's something: A former NSA contractor, Sang Mun, has designed a font he says is highly difficult for a surveillance text scanner to decipher.

"I decided to create a typeface that would be unreadable by text scanning software (whether used by a government agency or a lone hacker)," Mun told CNN via email, "misdirecting information or sometimes not giving any at all."

Each font uses a different optical trick to make them difficult to scan: 'Camo' adds camouflage-like patterns over letters, 'Noise' overlays the letters with dots, 'Xed' puts a neat X across each character, and 'False' uses a small letter beneath a larger 'false' one.