Finales are less relevant than ever before

When story arcs last for years, we can't judge a show by it's last episode 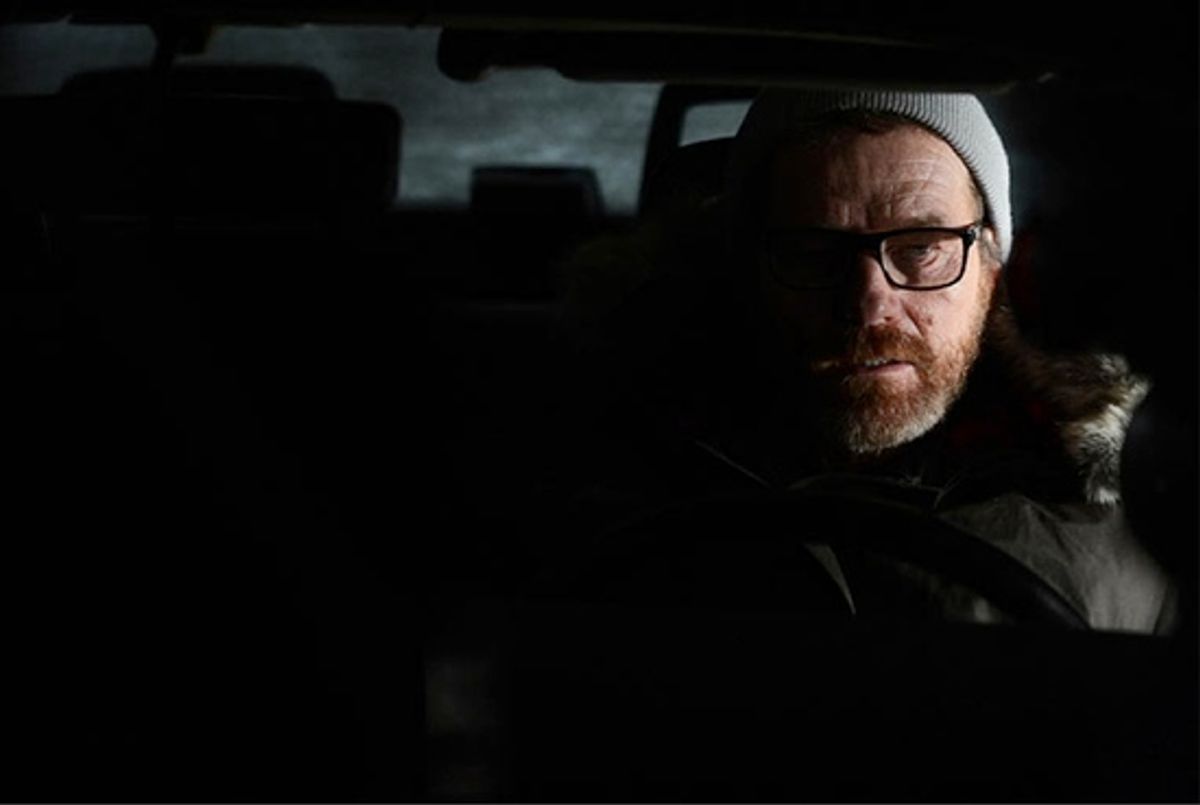 We talk a lot about finales as separate entities, which is as much a byproduct of living in the overnight-review age as anything else. When it was more common for series, whether or drama or comedy, to rely on episodic structure for the long haul, then viewing the finale as a kind of special closing event made sense because that event could come at any time. Very few shows earn their lengths; many spin on longer than might be creatively healthy simply because everybody wants to keep working and the network wants to keep broadcasting a hit, so finales either feel like consolation prizes tossed to the viewers who’ve remained to stagger over the finish line or sudden walls thrown up to halt the narrative when a show’s canceled. Pretty much every major sitcom of the 1980s and 1990s operated like this, with sentimental event-shows used to end their eras, while dramas have always tended to peter out or leave too soon. Off the top of my head, the final episode of Freaks and Geeks is nicely rounded and was created as a series finale when the creative team knew they were doomed, but it works as an episode in its own right, too.

In the heavily serialized era we’re currently inhabiting, though, when even sitcoms as innocuous as Parks and Recreation become dependent on multi-year stories, a series finale isn’t just one last hour with the gang. I mean, it is that, on some level, and the creative forces involved know that it never hurts to do a little fan service and include minor characters or dusty plot lines as a way to let people have one last goodbye. But they’re really and truly the final chapters in the work that the writers and directors and producers and actors and musicians and countless crew people have been making for years. So the question isn’t so much “Was that a good finale?” but “Does the whole thing hang together?” The final pages of a novel can change how you feel about everything that came before; the last 10 minutes of a movie can sour the experience or take you to new heights. The recent dramatic series finales that have polarized fans and viewers haven’t been bad episodes, but indications that the people bringing us these stories could not quite hold onto everything. Instead of making the final hour the final hour, it’s as if they hoped they could keep delaying the inevitable and hope that everything would come out in the last wash. So, e.g., something like the Lost closer is well-made, but also eye-opening re: how much of the story that came before was just killing time. Wasn’t necessarily time badly spent, just hours that felt disconnected from the whole.

Breaking Bad creator Vince Gilligan — along with his fellow writers, directors, and staff — never gave any indication that he didn’t know how to tell a story or that he didn’t want his show to arc toward a definite end. That’s not to say the end was set before the show aired, or that things didn’t change along the way. TV series are unruly, hairy beasts that have to be constantly corralled; making one like Breaking Bad is like publishing a novel one chapter at a time, without the chance to go back and revise earlier drafts. It is the living definition of thinking on your feet. But at every turn, he and his company have worked to tell a story that always returned to a few core questions: How far would one man go to help his family? What is the limit of human evil? What do we tell ourselves we will not do, and why do we go beyond it? As the seasons of Breaking Bad have sped on, every increasingly shocking or horrifying or saddening plot twist has connected back to those ideas. Going into the final episode, I had no idea what would happen, but I was very confident that whatever did happen would feel of a piece with the 61 episodes that came before. In other words, that it would not have been some bloated or unbalanced attempt to be “epic,” but rather the honest, genuine, hard-fought conclusion to one of the best and most compelling TV series of the modern age. And it was. It was every bit that good.

“Felina” was, of course, named after the character in Marty Robbins’ “El Paso,” a song about a Texas gunfighter who falls in love with a Mexican girl, comes to her aid by killing the man who was getting handsy with her, flees to New Mexico in fear of his life, then ultimately returns to El Paso just to see her again, only to be gunned down by his victim’s compadres and die in her arms. (The song is from Robbins’ Gunfighter Ballads and Trail Songs, which is some of the best cowboy music you’ll ever hear.) Some people online have pointed out that “Felina” also breaks down into “Fe Li Na,” the chemical symbols for iron, lithium, and sodium, or blood, meth, and tears. This isn’t untrue, I guess, but it also has a kind of “Mix it around, eventually you’ll get ‘Nebali’” vibe, and the suicide mission is a stronger parallel anyway. Gilligan, who directed this one, even put a button on it with Walt playing the Marty Robbins tape as he prayed to the god of meth dealers, murderers, and emotionally distant fathers to just give him the strength to get home. This was a man saddling up for one last ride. His visit to Gretchen and Elliott wasn’t to settle scores or announce his presence with authority, but to finally find a way to give his son the drug money Walt had died to earn. He knew he wouldn’t make it out of the showdown alive, and when the time came, he didn’t even care about finding the tens of millions Jack and the gang had taken. He wanted to leave a nest egg for junior, settle his debts as best he could, and die on his feet. And he did.

There were so many nice grace notes, too. Gilligan’s direction remained tight as ever, from visual cues like the beam separating the frame Walt and Skyler as they talked in the kitchen to simple but cannily executed suspense sequences, like Walt roaming into Gretchen and Elliott’s home or Walt eyeing his keyring on the thugs’ pool table. Todd even had a special ringtone for Lydia, a detail that didn’t need to be included but that was just further evidence that these storytellers wanted to take us through a real, grounded, messy world. And Gilligan even scored a twofer — fan service and plot momentum — by bringing in Badger and Skinny Pete for one last hoorah with Walt.

This was still Walt’s story, though, above and over all, and Gilligan took it to a perfect end. That Walt “succeeded” as much as he did — at least in finding a way to give money to his son — was a surprise, given how badly things started to go for Walt once he was in charge of his own little empire. There was no way he was getting out alive, and he knew it. He started so small and got so very far away from the man he used to be, and he made everyone else pay the price along with him. The deaths, the scheming, the corruption; the lies, the heartache, the abuse. The pride. The fighting. The emptiness. He did his best to atone at the end, and maybe he did. It turns out that the best thing he could do for his family was to disappear, and the pain of learning that was the beginning of the end. His stark honesty with Skyler about his attraction to the drug trade — “I did it for me. I liked it. I was good at it. And I was really — I was alive.” — was the removal of the final mask. There was nothing left to but close accounts.

As Walter Hartwell White lay there on the floor, with the cops swarming his body, bathing him in green light, it was impossible not to hear some kind of assurance from Gilligan himself coming through in the lyrics of Badfinger’s “Baby Blue”: “Did you really think I’d do you wrong?” Given all this, how could we have? Breaking Bad started dark and got darker, but it was relentlessly honest and courageous in the way it explored the causes and effects of evil on the human heart and made us all wonder how far we’d be willing to go if we thought our time was running out. It was a domestic drama, a crime thriller, a pulp adventure, a pitch-black comedy, and never less than fully arresting. It stands as a complete and contained thing, a fantastic example of what this medium can do. It’s not the only type of good show, but it is — and will be remembered as — one of the best ever made thanks to the fierce commitment of all involved to do something daring.

This was a good ending, a true one, and a final chapter that felt totally in line with the way these characters live and behave. There could be no reconciliation between Walt and his family, and his son will never know that he’ll be receiving his father’s money. There was retribution meted out coldly, from Walt’s poisoning of Lydia to Jesse’s murder of the sociopath who kept him beaten and chained. And Walt and Jesse parted scarred, each one having lost so many things just by knowing the other. Jesse’s blast to freedom was sweet and triumphant because of how much he suffered, and how he’d wanted for so long to have a new life. It’s amazing how much of himself he was able to keep after having spent so much time with Walt, whose very presence proved to be toxic to everyone he knew. Jesse’s story functioned as an inverse of Walt’s, and his character’s journey was just as harrowing and heartbreaking. They both had different reactions to asking themselves “How far am I willing to go?” Walt seemed to the view the question as a challenge, always sure that he’d be able to justify his actions, albeit in increasingly tortured ways. Jesse, though, came at it with apprehension, always seeming to sense that each step he took with Walt made it that much harder to turn back. He started out a small-time dealer, a common punk, but he wasn’t vicious. His story was all about how far you can go and still come back, and he was shoved over the edge and into hell and still managed to crawl back with his soul. He wouldn’t even pull the trigger on the man who got him into all this. He fought hard and stood up, and it was good to see him soaring down the open road, heavy of heart but bound for better things. Maybe that’s the best place to leave it.
Read more at http://www.pajiba.com/tv_reviews/breaking-bad-afelina-did-you-really-think-id-do-you-wrong.php#jUlAe0TEsSYB6t6V.99