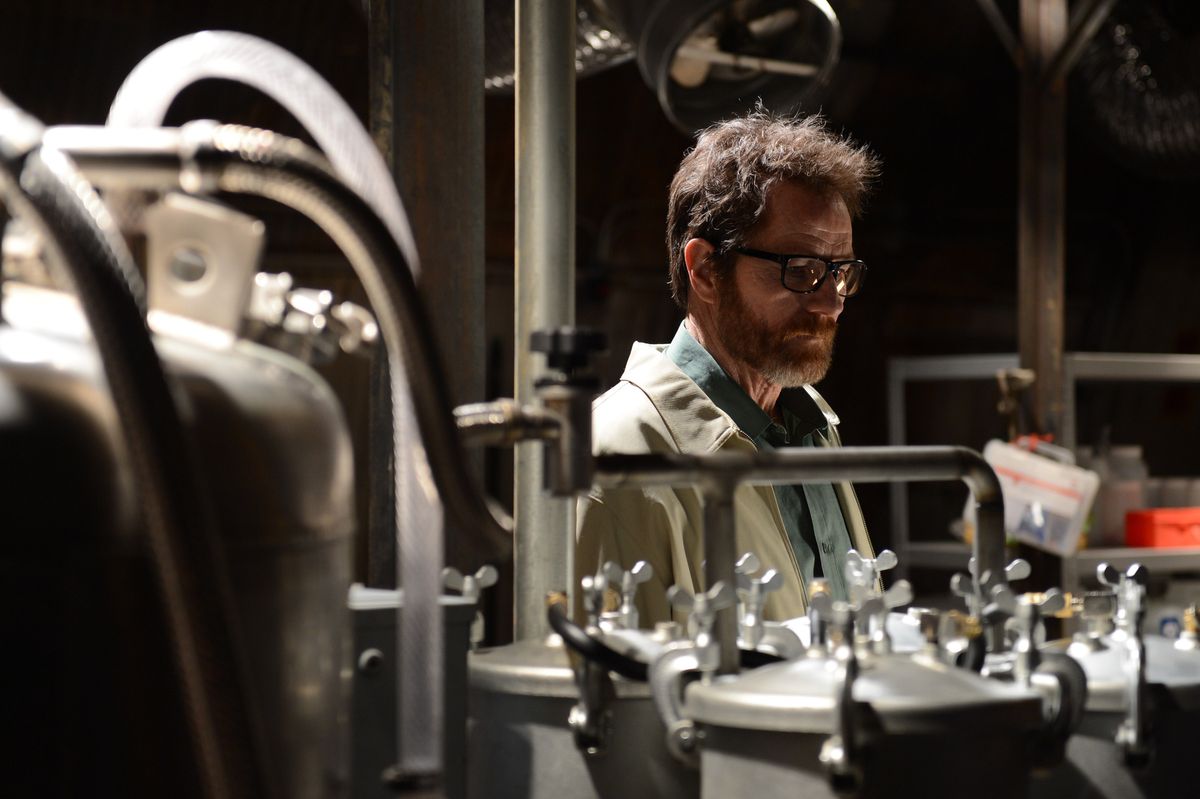 While millions of Americans are still processing the conclusion of "Breaking Bad," actors Bryan Cranston and Aaron Paul have been explaining their post-show analysis via AMC's "Talking Bad" and EW. Though critics debate the morality of the show's finale, Cranston told EW that it was "a real satisfying ending," while Paul said that it was “100 percent satisfying.” (Warning: spoilers ahead).

Cranston told EW that he could imagine an alternate ending -- one in which Walt lived, and his family died:

“Because of his love for his family, there was a thought of mine that, ‘Would it be a more perfect hell for him to have to see his family die – his wife, his son, baby daughter — and he lives?’” he says. “And there’s some merit to that too. But ultimately, I think this is the best ending. A real satisfying ending. And I’m so grateful for that.”

Paul agreed, telling EW of Walt's death that, “it’s good that Walt got his, because he’s an evil, evil man, and he needed to go.”

“There were thoughts I had that maybe Walt will be the only one standing. I love that toward the end, Walt’s there to go on a suicide mission and blow everyone up, including Jesse, but he sees what they have put him through. His hair’s super long, he’s vacant. There’s not a soul in him anymore, and [Walt] decides that he deserves a second chance, so he dives on him. He throws himself in front a bullet for him — and it’s kind of beautiful," said the actor.

On "Talking Bad," Paul imagined that Jesse would drive -- possibly to a Denny's -- and get as far from the meth world as possible. He elaborated in an interview with EW:

“I always had the vision of Jesse pointing a gun to Walt’s head, I really did,” he explains. “I’m like, ‘It’s got to end like this,’ and deep down, I wanted Jesse to kill Walt. But the closer we got to the end, I realized I didn’t want that. Jesse can’t kill anybody else — even though he ended up killing Todd. But that was really self-defense and he just had to get out of there. But it’s good that Jesse was put through that torture for the past four or five months, put in a hole, because Jesse’s not an innocent person. He did some very bad things. It’s good that Jesse was put through that so he did some time, but I believe that he deserved to get away from all of it and just leave. You don’t really know where he goes … ” Paul has a few ideas, though, about what happened to Jesse. “In my mind, he gets the hell out of Dodge,” he says. “He’s like, ‘Oh my god.’ I think he probably goes and says bye to Brock, if he can, or at least just sees him from a distance and then he leaves. Maybe Alaska, maybe New Zealand. Becomes a bush pilot. It’s all part of the story.”

But “there was hope for them at one time," Cranston told EW, comparing the story to a Shakespearean tragedy. "In its truest sense, our story is a tragedy — an American tragedy. It’s not ‘good conquers evil,’ it’s not ‘good guys against the bad guys,’ it’s much muddier than that. Shades of gray.”