China's solution to coal may be worse than coal

Synthetic natural gas will help clear China's haze, but its impact on the environment could be unprecedented 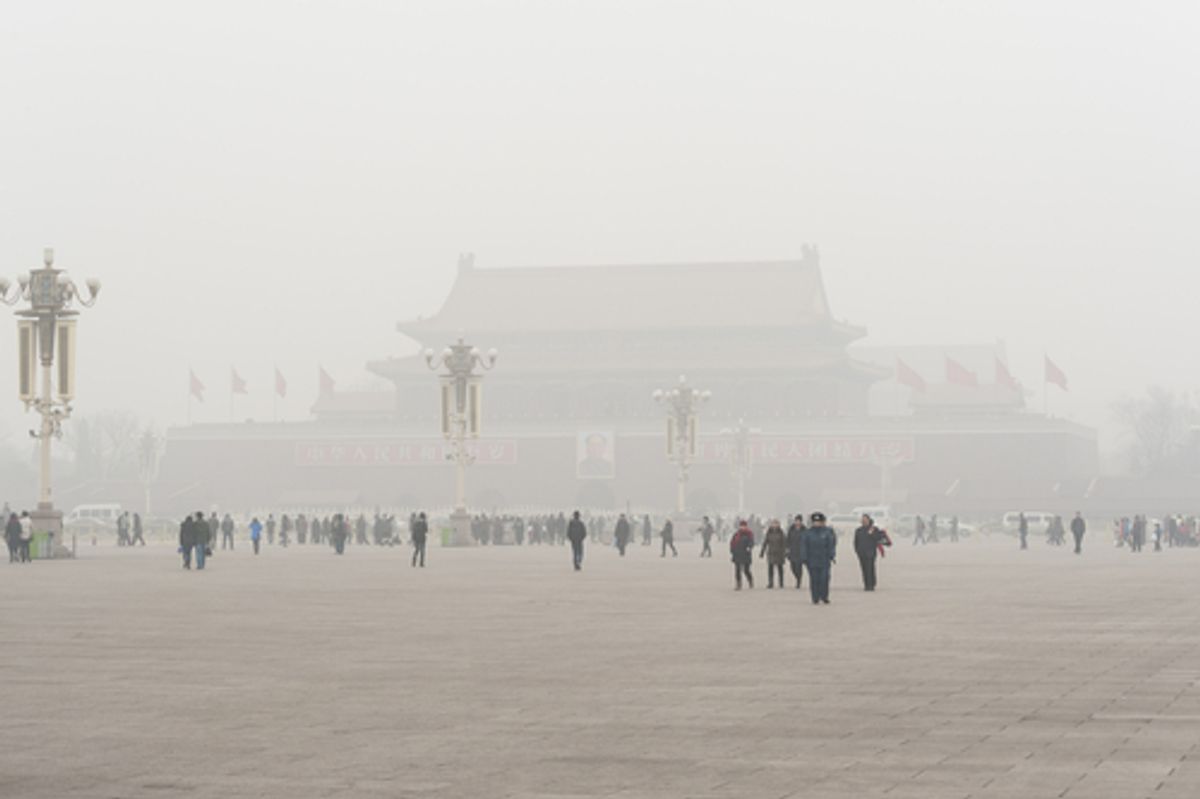 The so-called airpocalypse, in which the air quality in Beijing officially became a public health hazard, seems to have spurred China into action toward reducing carbon emissions. But one of its best plans to do -- converting coal to natural gas -- so may end up being even worse for climate change.

China has already approved nine proposals to open synthetic natural gas plants in areas far away from its major cities. As many as 30 more are awaiting approval. Businessweek explains the overlooked consequence of this purported solution:

None of these planned plants are located near large Chinese cities, so the emissions generated in producing the gas will not hang directly over metropolises. But that doesn’t mean the coal-to-gas conversion process is clean. According to a new study (PDF) in Nature Climate Change, the entire life cycle of harvesting coal and turning it into gas produces from 36 percent to 82 percent more total greenhouse gas emissions than burning coal directly—depending on whether the gas is used to generate electricity or power vehicles.

While the most-polluting stages of energy generation could be moved farther from China’s population centers—perhaps allowing for more brighter, cleaner days in Beijing—the net effect could be to accelerate global climate change, argue the study’s authors, Chi-Jen Yang and Robert Jackson of the Nicholas School of the Environment at Duke University.

Synthetic natural gas also uses significantly more water -- a problem in a country where water shortages are already an issue. Compared to the usual way of getting natural gas -- fracking -- the plants could use up to 100 times more water, and emit seven times the greenhouse gasses, according to the study's authors.

“At a minimum, Chinese policymakers should delay implementing their synthetic natural gas plan to avoid a potentially costly and environmentally damaging outcome," Yang said in a statement. "An even better decision would be to cancel the program entirely.”