Could robots be job creators?

Ready or not, here they come 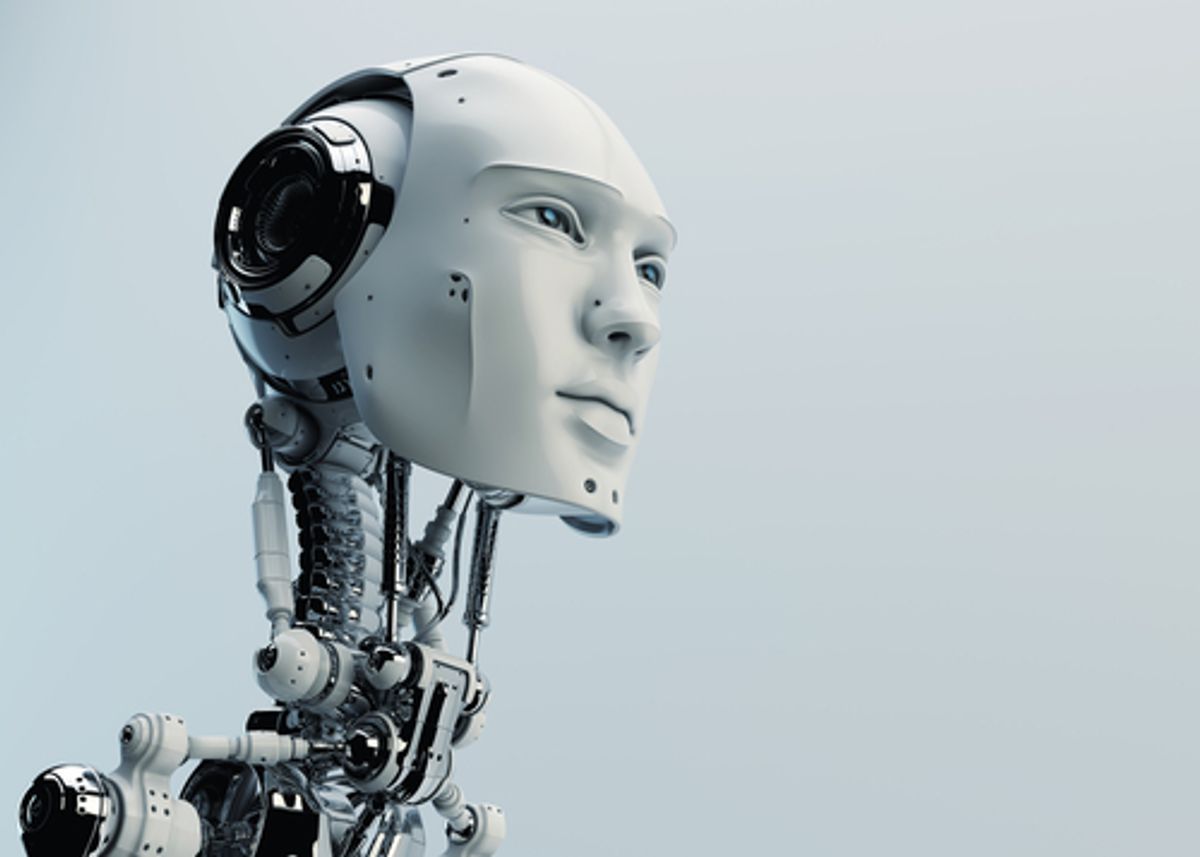 This much we know: The robots are coming.

Every day there's a story about a new job that a robot has been designed to do, sushi chef, security guard, surgeon, first responder, and job interviewer. There are nearly a quarter of a million robots running already in U.S. factories, second only to Japan. According to the Robotics Industries Associations, this year in North America there has been double–digit growth in the number of robots sold in a variety of industries.

The Robot–as–Job–Creator boosters include robotics manufacturers, industry lobbyists, and the many companies (such as Amazon) that use robots. In a recent brief to the Congressional Robotics Advisory, Jeff Burnstein, president of the

Association for Advancing Automation reported that robotics have created 10 million (human) jobs through 2011 with tens of millions more to come in the next 20 years or so. Robot penetration in U.S. companies, said Burnstein, is only at about the 10% mark so far, adding that, "A very large segment of small– and medium–size companies who may have the most to gain are just now beginning to seriously investigate robotics."

Only companies that embrace robotics will survive.

Drew Greenblatt, owner of Marlin Steel, a Baltimore manufacturer of steel products is something of a poster boy for the robotics industry. He has said that his company, which was going out of business, actually added 25% more (human) jobs when it deployed robots and other machines. In 1998, Marlin Steel employees were paid $6 an hour with no benefits and produced about 300 hand bends an hour, Greenblatt said. Now these employees are paid $25 an hour and up, including bonuses, overtime, and great benefits because, Greenblatt said, "Each employee oversees four robots that produce 20,000 bends [an increase of nearly 700%] an hour and the quality has skyrocketed." Compare this to what happened to the U.S. cell phone industry. John Dulchinos, chief executive of robot maker Adept Technology, says he believes that U.S. cell–phone manufacturers were doomed by their hesitation to adopt automation. The jobs, Dulchinos says, "Got all packed up and shipped to China. And so you fast–forward to today, and there are over a billion cell phones produced a year and not a single one is produced in the United States."

Robot boosters describe the kinds of jobs that many robots will do as the 3–Ds––dirty, dangerous, or dull. "We're replacing jobs that people don't want to do and really shouldn't be doing," says Aldo Zini, president of the robotics firm Aethon. For example, field robots are being designed for agricultural jobs to thin lettuce, prune wine grapes, and harvest strawberries because, "There aren't enough workers to take the available jobs," says Ron Yokota of Tanimura and Antie, a California fresh produce company where Lettuce Bot is being tested. Then there are robots that do jobs that humans can't, such as Solo, an autonomous inspector that spelunks into narrow, 8–inch sewage pipes to discover what's down there––a job that, even if someone were masochistic enough to want to do, would be physically impossible.

Robotics will create new industries that will spawn new jobs.

Although there are no hard statistics about how many jobs may be created by the robotics revolution, many believe that humans will find jobs not only in manufacturing robots but also in new industries that we can't yet imagine, industries that will only exist because of robotic technology. An oft–quoted stat among robot–as–job–creator boosters is that in 1790, up to 93% of the U.S. population was farmers, and by 1990, only 200 years later, just 2% of us were farmers. The implication is that there will be jobs in the future as unimaginable to us as computer programmer and astrophysicist were to the farmers of 1790. An example is the burgeoning drone industry. A recent report by the Association for Unmanned Vehicle Systems International predicted that a multibillion–dollar commercial market will quickly emerge in the United States with applications ranging from precision agriculture to precision medicine delivery, creating more than 100,000 (human) jobs by 2025 in the manufacturing of these new products alone.

On the other side of the debate is a group including economists, lefties and concerned futurists, who believe that we are headed for something much darker. Their argument can be summed up in two points.

Robots will crush their human competition.

In a talk at Berkeley, Larry Summers, a former Secretary of the Treasury asked the audience to engage in a thought experiment: Imagine a new technology called the Doer who can do anything it is asked to do. It can drive a car, give a massage, or design and construct a house. Since the Doer can do anything, the result, Summers said, would be that the value of a human's labor (unless he or she were designing a better doer) would be nearly zero. In other words, if a robot can do what a human can do, why would any for–profit company hire the flesh and blood worker who will expect a salary, health insurance, and a pension to do the same job? "We've reached a tipping point in robotics," said Daniela Rus, director of MIT's Computer Science and Artificial Intelligence Laboratory. It may be possible, Rus says, to run a factory, "while you are sleeping." Take the $22,000 industrial robot Baxter made by U.S company Rethink Robotics. Baxter doesn't have to be operated or programmed by an engineer because anyone can "teach" Baxter to do repetitive tasks by show and tell––simply guiding Baxter's arms in the correct motion and sequence. And in an ironic twist, Rethink is already planning to use Baxter to help build more Baxters.

Robots will become so intelligent that no job will be safe.

The conventional wisdom is that even though robots will take on more of the routine and dirty jobs, they won't be able to compete with humans for jobs that require creativity, strategic thinking, and interpersonal skills. "The problem with the conventional wisdom is that it underestimates the long–term impact of automation and it expects too much in the way of occupational acrobatics from the average worker," says Martin Ford, a software developer and author of The Lights in the Tunnel. Ford argues that this is somewhat analogous to having the agricultural sector mechanized and then expecting that everyone will get a job driving a tractor. "The numbers don't work," he concludes. People who think they're irreplaceable–even journalists!–may one day lose jobs to "artificial intelligence engines" like Narrative Science's Quill, which collects data, analyzes it, and writes a story. "It's much cheaper than paying full–time journalists who tend to get sick and demand respect," says Evgeny Morozov. And even more, Quill's articles only take a second to compose and promise to be "more comprehensive––and objective––than any human reporter's." Noah Smith, a finance professor at Stony Brook University, asks, "Once human cognition is replaced, what else have we got?"

So, the Winners and Losers?

Everyone agrees that robots will bring great changes to the workforce. But how disruptive will these changes be to the human worker?

"Technological progress is not a rising tide that automatically raises all incomes," say Erik Brynjolfsson and Andrew McAfee of MIT's Sloan School of Management and coauthors of Race Against the Machine . "Even as overall wealth increases, there can be, and usually will be, winners and losers." What Brynjolfsson and McAfee refer to is the division of rewards that will potentially make "some people worse off than they were before the innovation, . . ." adding that, "the losers are not necessarily some small segment of the labor force, like buggy–whip manufacturers."

As we enter the Age of Robotics, the question for you may not be: "Will robots kill more jobs than they create?" But: "Am I the 2013 version of a buggy whip manufacturer?"